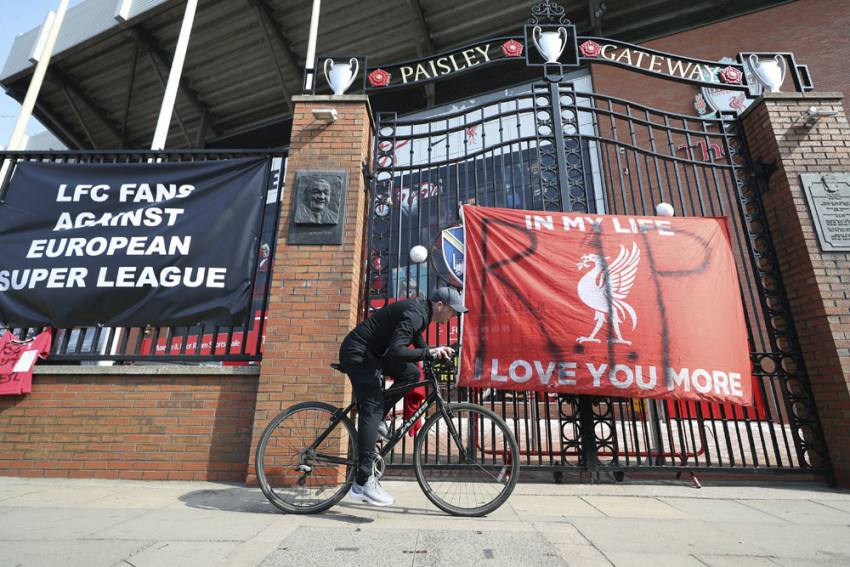 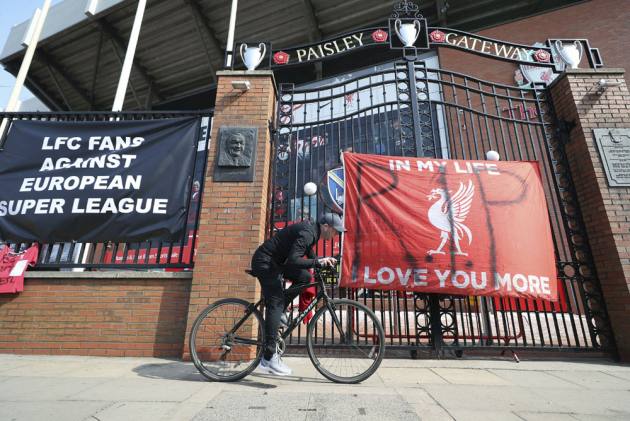 John W Henry has apologised for the disruption caused by Liverpool's involvement in the European Super League project, admitting a mistake was made when trying to act in the perceived best interests of the club. (More Football News)

The 12-team breakaway competition was only revealed on Sunday, yet the universal backlash quickly led to the 'big six' from the Premier League all withdrawing from the proposal.

Manchester City were the first to reveal their decision to pull out, with Arsenal, Liverpool, Tottenham and Manchester United then releasing simultaneous statements ending their association.

Chelsea had been the first English club reported to be making a Super League U-turn and the Blues confirmed as much after the 0-0 home draw with Brighton and Hove Albion on Tuesday.

"I want to apologise to all the fans and supporters of Liverpool Football Club for the disruption I caused over the past 48 hours," Liverpool principal owner Henry said in a video posted by the club on social media.

"It goes without saying but should be said that the project put forward was never going to stand without the support of the fans. No-one ever thought differently in England. Over these 48 hours you were very clear that it would not stand. We heard you. I heard you.

"And I want to apologise to Jurgen [Reds manager Klopp], to Billy (chief executive Hogan], to the players and to everyone who works so hard at LFC to make our fans proud. They have absolutely no responsibility for this disruption. They were the most disrupted and unfairly so. This is what hurts most. They love your club and work to make you proud every single day.

"I know the entire LFC team has the expertise, leadership and passion necessary to rebuild trust and help us move forward. More than a decade ago when we signed up for the challenges associated with football, we dreamed of what you dreamed of. And we've worked hard to improve your club.

"Our work isn't done. And I hope you'll understand that even when we make mistakes, we're trying to work in your club's best interests. In this endeavour I've let you down."

On Monday, prior to his team playing Leeds United in Premier League action, Klopp had made clear his dislike of the planned Super League, a tournament which would have seen the 15 founding members certain of their involvement each season regardless of domestic results.

James Milner spoke out against the plan when interviewed after the Reds' 1-1 draw at Elland Road, while Liverpool's players collectively issued a statement the following day, making clear their stance on the issue.

"We don't like it and we don't want it to happen," the message read, while confirming their continued commitment to the club and its supporters.

"Again, I'm sorry, and I alone am responsible for the unnecessary negativity brought forward over the past couple of days. It's something I won't forget. And shows the power the fans have today and will rightly continue to have," he continued.

"If there's one thing this horrible pandemic has clearly shown, it’s how crucial fans are to our sport and to every sport. It's shown in every empty stadium.

"It's been an incredibly tough year for all of us; virtually no-one unaffected. It's important that the Liverpool football family remains intact, vital and committed to what we've seen from you globally, with local gestures of kindness and support. I can promise you I will do whatever I can to further that."