More than 36,000 people have died in Britain from COVID-19 since Liverpool last played on March 11 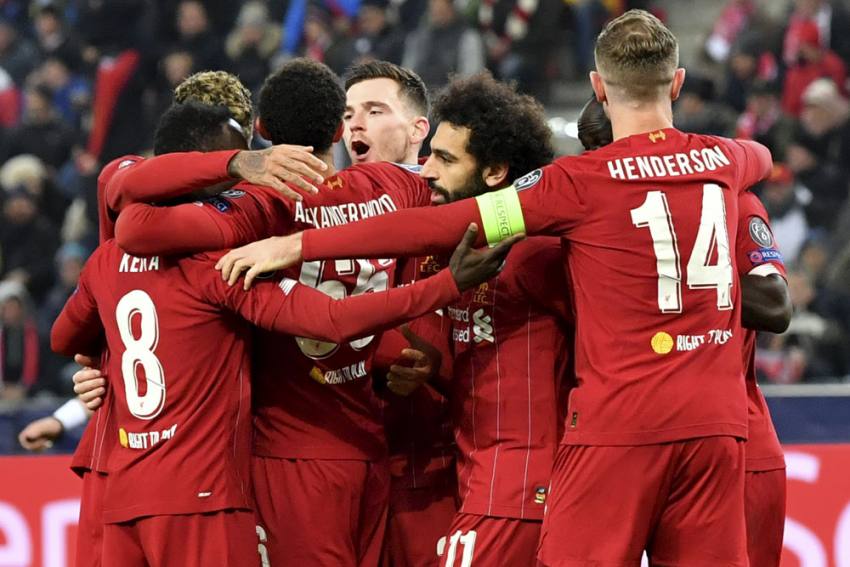 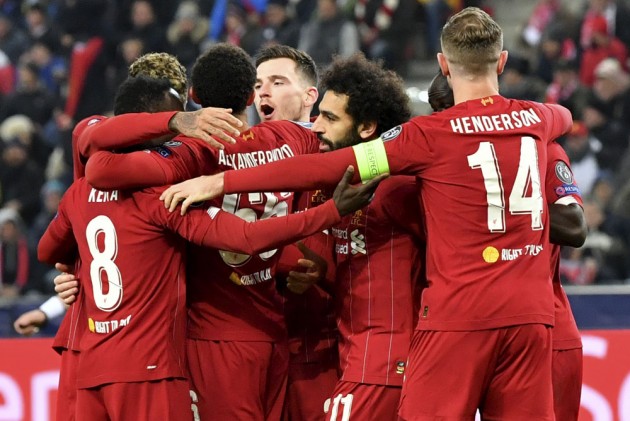 The Premier League trophy should have been in Tom Werner's hands by now. This week should have featured a victory parade through the streets of Liverpool.

But the wait to end the 30-year title drought continues.

Instead, Liverpool's chairman is analyzing the health procedures required just to ensure it is safe for his team to practice together again. Then further tentative steps can be taken on the path to resuming the season during the coronavirus pandemic.

“Reading through protocols I'm trying to absorb the words that I never thought I knew a month ago,” Werner says.

“Social distancing ... all this stuff.” The words particularly dreaded in the red half of Merseyside are “null and void” -- if a decision is made to abandon the season with no champion declared. It took a global health emergency to halt Liverpool's title charge. Juergen Klopp's team had surged an unprecedented 25 points clear before the league was abruptly suspended in March with nine games remaining.

“There's a hole in so many people's lives,” Werner told The Associated Press.

“Football is central to their dreams and their hopes. And certainly, as regards Liverpool, we are playing magnificent football and we are just a couple of matches away from winning the trophy. But I do put it in perspective.”

Werner will next week be helping to fill the football void and provide some light relief when “The First Team,” a comedy series he has executive produced for the BBC, debuts on British screens.

“Especially right now, when there's no live football. It will be a real tonic for people to have some entertainment that revolves around the football stories.”

But Werner hopes his real-life team will soon be back to entertaining too, by becoming the Premier League's champions -- if a little later than expected.

“There's going be a tiny element of risk, but this is a very healthy group ... and there's going to be frequent testing," Werner said.

“Most importantly, if the scientists and the government feel it's unsafe, then there will be no football. But hopefully we can figure out a way to play.”

Completing the 38-game season would be ideal for Werner, rather than having Klopp's team crowned champions without another ball being kicked — as with the case with Paris Saint-Germain in France.

“The more important thing is if we can figure out a way to get these matches played because I think it would be good for the country."

More than 36,000 people have died in Britain from COVID-19 since Liverpool last played on March 11 -- the day the WHO declared the coronavirus a pandemic and Anfield saw the visit of Atletico Madrid in the Champions League.

Hundreds are still dying each day in Britain, although the rate of infections is declining.

The Premier League has government backing to pursue playing again in a month, even while discussing with chairman like Werner the contingencies for curtailing of the season.

The Liverpool players only this week returned to practice -- in groups of less than five -- after being tested for the coronavirus. Protocols to allow contact training -- while social distancing remains in place for the rest of the country -- are still being formulated.

But if there is evidence the easing of the lockdown two weeks ago leads to a spike in new COVID-19 cases, the pause might have to be put on the league's “Project Restart.”

“The most important thing is safety. I do think the protocols that the Premier League are working on — as somebody said — 'it's probably safer to play behind closed doors than to go to a supermarket.'"

Whenever — if — the Premier League trophy is collected, it will not happen in front of Liverpool fans. Mass gatherings are banned.

“It's a terrible situation we're all in.”

“Someday, hopefully, there will be a vaccine and we can return to the joy of being in a stadium and watching the elegant play of great football players.”

There will be, Werner acknowledges, “financial challenges.” Liverpool will lose out on matchday revenue and the Premier League is prepared to refund broadcasters hundreds of millions of dollars for the disruption to the product.

Werner does still hope home stadiums can be used for matches -- rather than neutral venues being advocated by police. But that requires fans abiding by social distancing and avoiding the temptation of gathering outside to get as close to the action as possible.

In the first two weeks of the lockdown, Liverpool decided to place some non-playing staff on a government furloughing scheme to cut costs. The decision was reversed after backlash from their fans over the use of state aid. The club has also maintained funding for community work, from supporting fans challenged by mental health issues to providing supplies for food banks.

“It's better to admit to a mistake than to dig your heels in. Hopefully people will know that all we really care about is trying to support the fans and support our players and our club in a way that is sustainable.”

October will mark 10 years since Werner was part of a protracted takeover of Liverpool as part of John Henry's Fenway Sports Group. The highlight for Werner is undoubtedly the run to Champions League glory last season. His pick of the games is not beating Tottenham in the final, but humbling Barcelona 4-0 in the semifinal at Anfield to overturn a 3-0 first-leg deficit.

“That was the single greatest sporting event that I've ever seen.”

“The reaction that our supporters had in the stadium that day and around the world is something that now I'll remember the rest of my life.”

He hopes it won't be long before fresh memories, of even greater footballing feats are created inside a stadium.

“We hope at some point, people will be able to sit next to each other and enjoy the experience of a sporting event. But that seems like a long way off at the moment.”