Goals from Sadio Mane and Curtis Jones settled a game in which champions Liverpool were far from their best against Aston Villa. 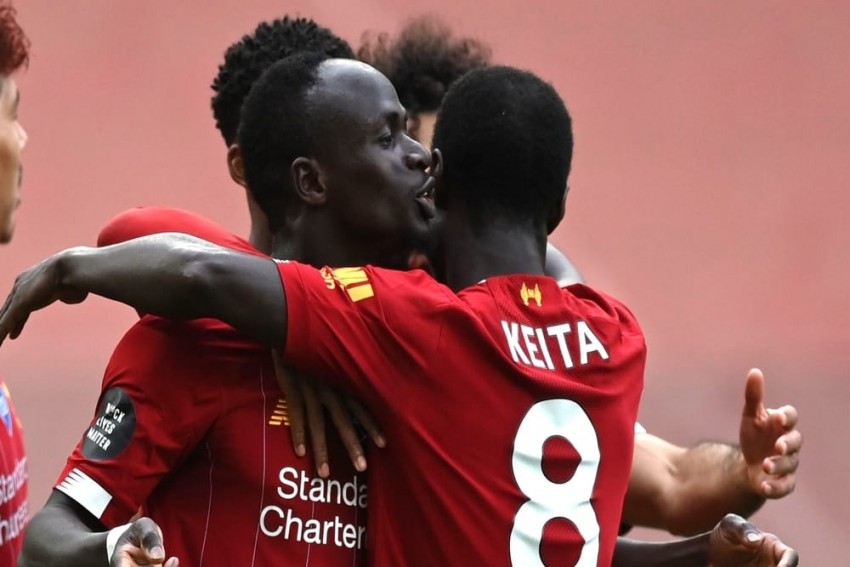 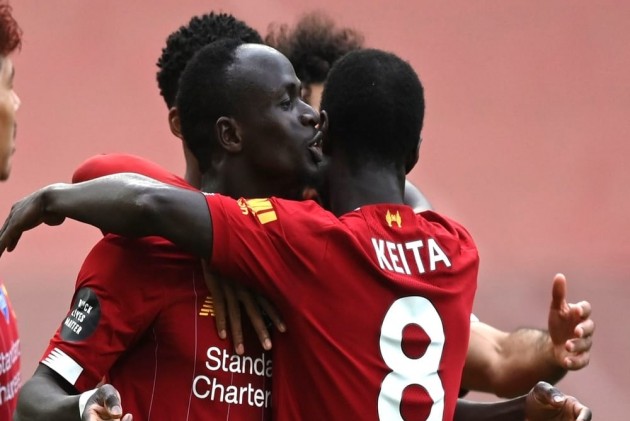 Liverpool won their first game at Anfield as Premier League champions as a 2-0 victory piled the misery on relegation-threatened Aston Villa.

Having been angered by the Reds' 4-0 loss to Manchester City on Thursday, Jurgen Klopp saw his side triumph on Sunday even if the performance still left much to be desired.

For Liverpool, this was not the celebratory homecoming they would have envisaged after a first top-flight title in 30 years but their march towards the 100-point barrier continues.

That was Sadio's th Anfield goal for the Reds  pic.twitter.com/dSyeV4mvwB

A tepid first half made very clear that Villa's game plan was to sit deep and frustrate Liverpool, who simply could not find a way through.

Indeed, when the first shot on target finally arrived in the 33rd minute it was Alisson who was called into action and not former Reds goalkeeper Pepe Reina.

That Douglas Luiz strike, easily dealt with by Alisson, proved to be the closest either side came to breaking the deadlock before the interval.

With Liverpool having won their previous 23 home league matches, they were always likely to emerge victorious in this one and Klopp's side got the job done in the second half.

The German made a triple change on the hour mark, introducing Jordan Henderson, Roberto Firmino and Georginio Wijnaldum.

And finally, the breakthrough came. Mane – who scored a 94th-minute winner in the reverse fixture – stroked home from Naby Keita's assist via the underside of the crossbar to register his 50th Anfield goal for Liverpool.

Jones, who signed a new contract this week, was introduced in the 85th minute and scored his first Premier League goal four minutes later, steering into the bottom-left corner from Mohamed Salah's knockdown.

What does it mean? Reds still rolling towards history

Liverpool are now 11 points shy of the century mark and that is a tally they will be eager to reach to cap this remarkable campaign in style. Villa, meanwhile, are running out of time to put enough points on the board to avoid an immediate return to the Championship.

Mane the man for Liverpool

In a poor game of precious few chances, Mane had to step up when the time came, and he did just that. The Senegalese connected well with Keita's low cross and that strike took the wind out of Villa's sails, leaving them vulnerable to another setback, which Jones duly provided.

Robertson off his game

Andrew Robertson's stellar form this season has been one of the many highlights for Liverpool, but he has now turned in a couple of off-colour displays. The full-back was arguably the worst of a bad bunch at City and was only marginally better here, in far less testing circumstances.

- Liverpool have now won each of their last 34 Premier League matches when scoring the first goal of the game.

- Aston Villa have failed to keep a clean sheet in each of their last 24 Premier League away games, their longest such run in the top flight since September 1989 (38 games).

- Villa are without a victory in nine Premier League games (D2 L7), the longest current winless run in the competition.

Brighton and Hove Albion will be the next team to form a guard of honour for the champions when Liverpool head to the south coast on Wednesday, while Villa must defeat in-form Manchester United on Thursday if they are to avoid having their winless run taken into double figures.