The 2019 Cricket World Cup match between India and New Zealand was abandoned due to persistent rain at Trent Bridge, Nottingham on Thursday. Catch highlights of India Vs New Zealand here 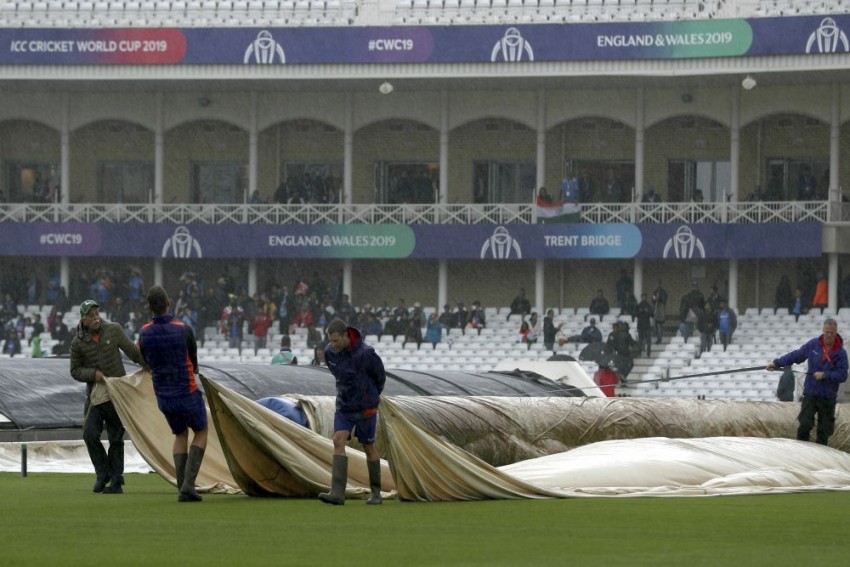 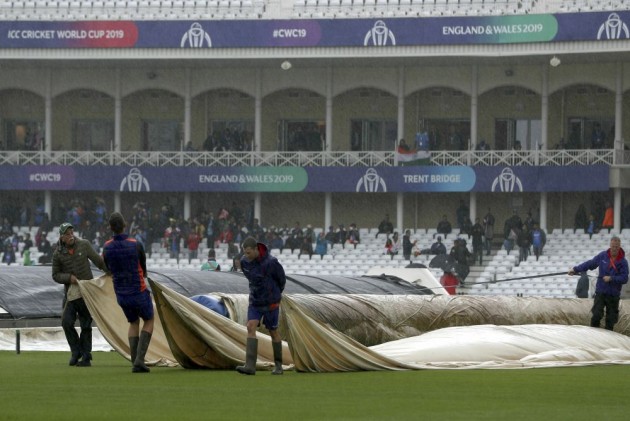 The 2019 Cricket World Cup match between India and New Zealand was abandoned due to persistent rain at Trent Bridge, Nottingham on Thursday. India now have five points from three matches, while New Zealand have seven from four games. Get highlights of India Vs New Zealand here (AS IT (NOT) HAPPENED | POINTS TABLE | FULL SCHEDULE)

Virat Kohli: "Sensible decision to not play, given the outfield wasn't fully fit. One point not a bad thing for sides that have won all their games so far. So we'll take it. For Sunday, we know we're there when it comes to the mindset. Just about going out there and having a game plan, executing it. As soon as you enter the field, it's calm and relaxed. The atmosphere from the outside, for the first time, it's a bit intimidating, but we'll look to execute well. It's been competitive for years, it's a marquee event all over the world, honour to be a part of the big game."

Kane Williamson: "Been about four days and we haven't seen the sun, so this doesn't surprise us. It's not ideal, but little bit of time off is also important. We have some break now midway through, so it's a good chance for the guys to freshen up and look forward to the next challenge. Southee, Nicholls have progressed nicely. South Africa is a very good side, we know every time we play them, they're extremely competitive, but we have a few days to refresh and come back."

19:31 hrs IST: The match has been called off! One point each to both sides.

18:33 hrs IST: It's pouring down! Washout? Looks like yes. This isn't pleasing, both for players and fans.

18:01 hrs IST: More rain falling. Covers on. No update on another inspection.

17:00 hrs IST: The rain has stopped. Umpires are out for inspection.

16:44 hrs IST: The easy-going Hardik Pandya has made light of Indians' sky-high expectations from their revered cricket team, saying "maybe only 1.5 billion people are expecting" them to win the World Cup.

The all-rounder has emerged as one of the biggest players in India's quest to win their third World Cup. Read full story here

15:54 hrs IST: Covers are coming off. Rain seems to have stopped for now. There's an inspection scheduled at 16:00 IST. Looks like it will be postponed.

15:31 hrs IST: NOT AGAIN! The rain returns. Covers are back on. This is frustrating. Stay tuned for live updates.

15:23 hrs IST: With a bouncing leap and a thrust of his batting helmet to Taunton’s overcast skies on Wednesday, David Warner celebrated the century which announced that one of the most compelling figures in international cricket was truly back for Australia. An excellent read!

14:50 hrs IST: Oh no! It's RAINING. Covers are back on. Looks like the inspection will be postponed.

14:38 hrs IST: Meanwhile, Allan Border feels there's room for improvement from Justin Langer’s Australia, and that's a good thing that will only worry every other side in this World Cup. The defending champions have won three of their four games so far. Ready Border's full column here

14:11 hrs IST: Toss in 20 minutes. Meanwhile, Australia laboured in Taunton but a century from star opener David Warner helped them to a 41-run victory over Pakistan. Read full report here

13:46 hrs IST:The match between the sides risks becoming the latest in this tournament to be washed out, or at least severely hampered by rain. Forecast doesn't look good throughout the day. But as of now, it it isn't raining in Nottingham.

13:30 hrs IST: This will be the eighth meeting between India and New Zealand at the World Cup. India have won three times, while New Zealand have won four.

New Zealand’s Ross Taylor: "I could mention five or six teams that I think are playing really well, but at the end of the day, we're three for three. Very happy with where we've placed, but we know we've got some bigger challenges ahead the next couple of weeks."

India batting coach Sanjay Bangar, on KL Rahul opening the innings: "The advantages of playing in various situations is that you understand the game a lot better. If you're a top-order batsman and you get to bat in the middle order, then you get to know the challenges faced by the middle order. So if a player is able to do that - and if you look across the history of the game, players have been very versatile, and here if you can take his namesake Rahul Dravid back at the various positions - it helped the team big time."

13:00 hrs IST: NUMBERS GAME - India have won six of their last seven ODIs against New Zealand, including a 35-run victory when they faced off in February this year – their most recent clash.

12:59 hrs IST: Hello and welcome to Outlook's live coverage of the 2019 Cricket World Cup game between India and New Zealand.

Opener Shikhar Dhawan has been ruled out of at least the next three games owing to a hairline fracture in his left thumb. In this case, KL Rahul's elevation as an opener will certainly bring Vijay Shankar and Dinesh Karthik into the picture as far as the No. 4 batting slot is concerned.

Shankar's all-round abilities are pitted against Karthik's experience. Chief selector MSK Prasad had called Shankar "three-dimensional" when he was chosen ahead of Ambati Rayudu.

The thick cloud cover and damp conditions could also bring in Mohammed Shami into the equation at the expense of one of the wrist spinners. In case both Shankar and Karthik find a place in the playing XI, then Kedar Jadhav could be the one to miss out.

For New Zealand, paceman Tim Southee comes back into contention after missing the early stages of the tournament with a calf injury. NZ's pace attack is quite handy and look no further than Trent Boult, Matt Henry and Lockie Ferguson.