Australia defeated Pakistan to return to winning ways after their loss to India in the ICC Cricket World Cup 2019. Allan Border says the world champions have to worry about their bowling options. 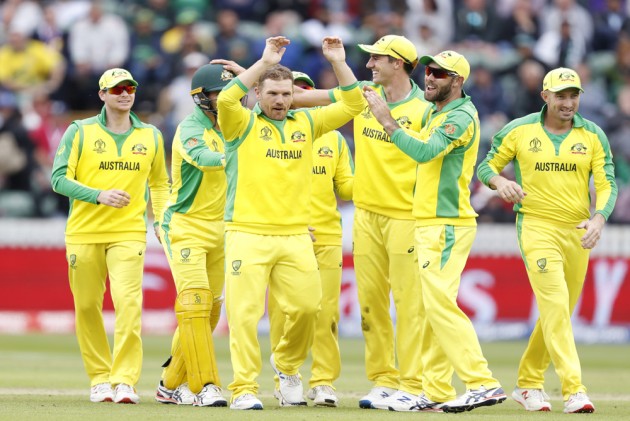 Australia aren’t playing at their best but they are winning matches - that’s the way I saw the win over Pakistan. They hung in there, rode out some pressure and came out with the victory.

The bottom line is there's room for improvement from Justin Langer’s team, and that's a good thing that will only worry every other side in this ICC Men’s Cricket World Cup.

Australia were 126 without loss from 22 overs in Taunton, so they will have been disappointed to only post 307. It’s a very good score, but they should have got more.

You can't knock the innings David Warner played. A few people have been saying he's scoring too slowly, but the ball was doing a bit and there was a little bit of swing and seam.

He was typically belligerent and upped the scoring rate. Aaron Finch was his usual aggressive self, hitting the ball here, there and everywhere.

In the middle overs, Australia need to be a bit smarter. When you get a flying start, like they did at Taunton, you’re desperate to keep that momentum going and it’s hard to do.

Someone has to be prepared to just knock the ball around for a few overs but Pakistan didn’t really let them do that. Mohammad Amir bowled beautifully and gave his team a chance.

I’ve got no problem with batting Glenn Maxwell at four, given the start Australia had. He’s so dangerous. He might not stick around, like Steve Smith, Usman Khawaja or Shaun Marsh, but he can take the game away from you and I think his team understand that a bit more than they did in the past.

The bowlers did the job up front. Pat Cummins bowled fantastically well and that's a good sign, that him and Mitchell Starc are carrying the fight at the top.

Pakistan had their tails up at one stage with Sarfaraz Khan and Wahab Riaz at the crease and it was when Finch had to bowl either himself or Maxwell that you saw a sign of weakness.

The fifth, and even the fourth, bowling option is looking like a slight concern for them.

Nathan Coulter-Nile bowled pretty well and got the big wicket of Babar, while Kane Richardson was a bit expensive. Finch’s low full-toss did the job in the end, but I think they should look at Steve Smith having a bowl, I really do. Leg spin takes wickets and whether it’s Adam Zampa coming back in or Smith trying a bit of his spin, that should improve the attack dramatically.

All sides are working towards putting in that perfect, 100-over performance.

In the early stages of the World Cup, you want to be right amongst the pacesetters after four rounds and Australia very much are.

They’re building nicely and all 10 teams will feel the total package is still in them.

Australia play Sri Lanka on Saturday and they won't want to relax at all. They'll talk about being relentless and consistent in their team meetings and they can create momentum for some of the big teams they still have to play.

You want to be building confidence, not dropping your bundle against any team.

Sri Lanka are dangerous but Australia will be confident they can get across the line at The Oval.