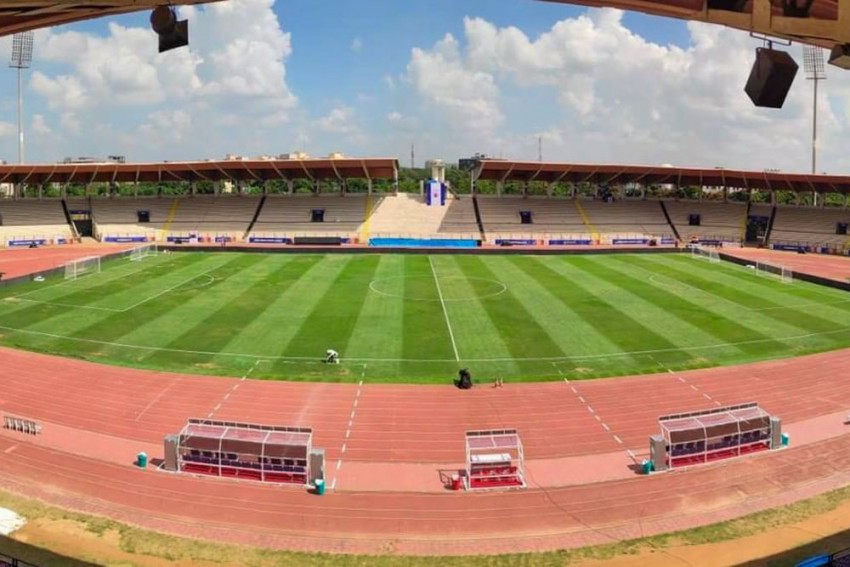 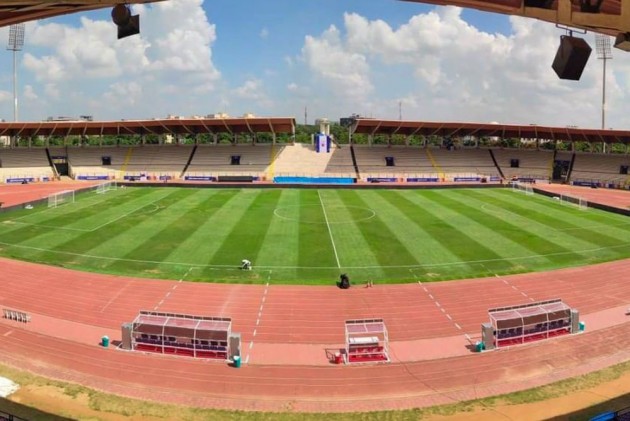 Manvir Singh was the super-sub as FC Goa defeated Hyderabad FC, 0-1, at the Gachibowli Athletic Stadium on December 8, in their 2019-20 Indian Super League fixture. It was a close encounter, with the visitors keeping more of the ball against the home side. Catch here highlights of ISL football match between Hyderabad FC (HFC) Vs FC Goa (FCG) here.

21:27 hrs IST: FT' And it's fulltime as, FC Goa edge past Hyderabad FC via a second half goal via Manvir Singh. The Gaurs did enough to consolidate the three points and kept the hosts at bay.

21:16 hrs IST: 85:21' The second half has only been about FC Goa, with Hyderabad FC hardly seeing much of the ball. The Gaurs could even score another before fulltime!

Marcelinho retakes the freekick, and whips it towards right far post, with Adil missing in comical manner.

21:06 hrs IST: 76:00' Wonderful save by Nawaz off a Marcelinho freekick, but the referee stops play and awards the Hyderabad man a yellow card, for taking the set piece before the referee's whistle.

Its chaos in the FC Goa box, and Robin Singh pounces on a loose ball, but skies it way too high!

Super-sub Manvir Singh beats Adil Khan and smashes a header from a corner kick. The ball bounces on the goal line are creep below the cross bar!

20:47 hrs IST: 56:24' Poor off-the-ball movement by Bobo, as a good cross comes into the box, but he is nowhere near to it, and FC Goa deal with it comfortably.

20:42 hrs IST: 50:55' The pace of the game has increased in the second half, with FC Goa increasing their tempo. They need the goal, and will try to break past Hyderabad FC, who are playing a high line.

20:36 hrs IST: And we kick-off the second half of tonight's Indian Super League fixture between Hyderabad FC Vs FC Goa. Both sides haven't scored yet, and will need to do so, if they want to change their respective fortunes.

20:20 hrs IST: HT' And its halftime! It has been an excellent contest, with both Hyderabad FC and FC Goa testing each other in the first half of their 2019-20 Indian Super League fixture.

20:17 hrs IST: 44:05' Not expected from Mandar. Brandon plays a defense-splitting pass to him, but the left-back's cross gets dealt with by the Hyderabad FC defense. Doungel was there waiting near the far post.

That was a good effort on goal by Boumous, as he skips past players to unleash a low shot at goal, but Kamaljit takes care of it.

Jahouh lobbed in a dangerous ball towards the Hyderabad box, only for Doungel to mistime his run, which led to Kamaljit catching it.

That was close!!! Yasir laid down a good ball for Bobo down the left flank, who slips it past to Marcelinho. Marcelinho unleashed a powerful drive from a tight angle and saw it go wide.

19:53 hrs IST: 20:04' Freekick to Hyderabad FC, a little far away from the FC Goa box. The hosts are maintaining a high line, and are keeping their opponents at bay.

FC Goa keep up the passes, and Jahouh catches the lay off very sweetly and shoots from distance. He misses the frame by a whisker!

19:41 hrs IST: 09:05' FC Goa are maintaining possession now, and are trying to dictate momentum. Can Hyderabad FC withstand them?

19:36 hrs IST: 3:40' Bobo is looking sharper tonight and Hyderabad FC have already begun attacking and have created some chances. Can FC Goa absorb pressure and counter?

19:24 hrs IST: Both Hyderabad FC and FC Goa walk into the field for the pre-match formalities. Can Hyderabad FC leapfrog over few lower-placed teams? Or will FC Goa enter the top four?

19:17 hrs IST: The Gaurs have a good away support tonight in Hyderabad. The fans will be there to spur them to three points.

19:04 hrs IST: FC Goa have won once, drawn thrice in their last five ISL fixtures. Meanwhile, they have lost once. They have scored 12 goals, kept a clean sheet. Ferran Corominas has been their top scorer with three goals.

18:55 hrs IST: In their latest last five fixtures, Hyderabad FC have just won once, scored five goals and kept zero clean sheets. Also, they have lost thrice and drawn once. Marcelinho has been their top scorer with two goals.

18:33 hrs IST: FC Goa teamsheet is out, and no Ferran Corominas! Here is their starting XI for tonight:

18:32 hrs IST: Meanwhile, Hyderabad FC have been affected by injuries and suspensions plenty. Head coach Phil Brown stressed on the issues ahead of the match, but revealed that players are en route to full fitness. He also revealed that suspensions have become a source of frustration.

18:23 hrs IST: Ahead of the match, FC Goa head coach revealed that the 2019-20 Indian Super League season has been the most difficult one in the past three editions. He stressed the fact that other teams have also signed big players, which has made it everyone outfit competitive.

He also accepted the fact that his side are still one of the favorites to lift the ISL trophy, but it won't be an easy route to the semifinals.

18:16 hrs IST: Phil Brown leads the Hyderabad FC side into the Gachibowli Athletic Stadium. He knows the importance of three points tonight, and he will make sure that his boys do their best to achieve that.

18:07 hrs IST: Football in Hyderabad is in stark contrast to what it was ages ago! It does seem like that indeed!

From Olympians and Asian Games medalists to a city distant from the sport, a lot has changed! Here, we have an Indian Super League club trying to revive the sport, but can they be successful? That's a question that will be answered after two or three seasons. Here is Outlook's feature on the history of Hyderabad football, click here: Hyderabad Back On Indian Football Map But Can It Rise From The Ashes?

18:02 hrs IST: Hyderabad FC need to notch a win tonight, otherwise things could get pretty dire for them before the year ends. Meanwhile, FC Goa also need the three points for an entry into the top-four. The Gaurs are one of the ISL giants, but have been inconsistent this season.

A win for Hyderabad FC will help them climb over few outfits in the league standings, meanwhile, FC Goa can enter the top-four with a victory.

Phil Brown's Hyderabad have been erratic in midfield, lacking creativity in most matches. The backline has also been leaky, conceding 13 goals. Striker Giles Barnes could start alongside Marcelinho, meanwhile, Adil Khan has also returned to training. The worry for Brown will be the absence of defenders Sahil Panwar and Gurtej Singh, due to suspensions.

Ahead of the match, Brown said, "Every coach in the world will have injuries and suspension issues. The most important thing for us is that the treatment room is empty now. But we have two suspended from the same position. I think that we have a good mindset at the moment regardless of who is playing in that position."

Meanwhile, FC Goa need to build a winning run. The good news for Sergio Lobera is the return of Hugo Boumous and Seiminlen Doungel, who have served their respective suspensions. Meanwhile, Ferran Corominas is still not fit yet, with Mourtada Fall absent. Meanwhile, Ahmed Jahouh has returned after serving his ban.

Ahead of the match, Lobera said, "This is the most difficult season in the last three years. The other teams have signed big players. All the teams are very competitive. We are better but the situation now is very competitive."

IPL: Shane Warne Set To Get More Rich Due To Rajasthan Royals Deal