Bangladesh defeated India to win the ICC U-19 Cricket World Cup trophy, which also turned out to be the country's first WC title at any level. Bangladesh put in a superb bowling performance, wrapping India for 177 (all-out) in 47.2 overs. While chasing, Bangladesh started off strongly before Ravi Bishnoi pegged them back with some good leg-spin bowling display. Bangladesh captain Akbar Ali bought back stability for his team, and won the match by three wickets through the Duckworth-Lewis method. Follow here highlights of India (IND) Vs Bangladesh (BAN).

21:46 hrs IST: ONE RUN!! AND THERE IT IS!! BANGLADESH ARE THE U-19 WORLD CHAMPIONS!! Hasan sends Ankolekar's delivery towards deep mid-wicket.

21:40 hrs IST: The covers being taken off now. Rain has stopped. The revised target is 170. Bangladesh need seven from 30 balls.

Also, the covers are coming on the ground. Its raining here. Bangladesh are ahead of the DLS score at this stage, which would have been 147.

21:06 hrs IST: No run. It was a full delivery by Tyagi, around off. Hasan defends it towards cover.

20:22 hrs IST: No run. It was a length delivery by Tyagi. Ali defends it with a straight bat.

20:18 hrs IST: One run. Singh sends a full, wide delivery. Off the edge of Emon, and it goes through the backward point region.

20:10 hrs IST: Nice length delivery by Tyagi. Ali is beaten. It threatens the outside edge.

19:55 hrs IST: FOUR!! Ankolekar sends a slower one. Akbar sweeps it and paces it fine of short fine leg.

19:51 hrs IST: OUT!!!!! Mishra sends it short and outside off around the wicket. Das top edges it to Tyagi, who runs in from deep square leg to catch it.

19:45 hrs IST: No run. Bishnoi sent a googly, and Das tries to go for it. LBW appeal but the umpire denies it.

19:33 hrs IST: OUTTT!!!! It wasn't an excellent delivery by Mishra. But Hossain just hit it in the air, Jaiswal ran in from sweeper cover and caught it with a dive.

It was a wrong'un from outside off. It inside edges on the pad. Hossain loses balance. Jurel collects it and flips the bails off.

19:06 hrs IST: 2 runs. It was a legbreak by Bishnoi outside off. Ali slices it to sweeper cover.

19:02 hrs IST: No run. Singh's delivery was swerving towards Shahadat. It hits his pad. A maiden over too!

18:58 hrs IST: Emon is walking off. He is retired hurt. This is bad news for Bangladesh. Shahadat joins Hridoy.

18:48 hrs IST: OUT!!!! Bishnoi sends a quicker delivery just outside off stump. Joy tries to cut it but gets a huge inside edge onto middle stump. INDIA ARE STILL IN IT!!

18:38 hrs IST: No run. It was short delivery by Singh. Joy sends this towards short mid-wicket.

18:28 hrs IST: OUT!!!! CAUGHT BY TYAGI!! Hasan mishit's Bishoi's delivery. Hasan tried to slam the leggie again, but Garg has a man at long-on, and he does the rest.

18:26 hrs IST: SIX!! WHAT A CLEAN HIT THAT IS!! It was flighted delivery by Bishnoi, right in the arc. Bishnoi slog sweeps it over mid-wicket.

17:46 hrs IST: FOUR!!! Tyagi sends it on leg stump, and Hasan sends it between mid-on and mid-wicket.

17:07 hrs IST: OUT!!!! EXCELLENT CATCH! Sakib sends a short delivery to Mishra. He top edges it towards the third man, who exceutes a terrific catch.

17:02 hrs IST: No run. Short ball by Islam. Mishra half evades it, but still has his bat up. Confusing!

16:56 hrs IST: OUT!!!! It was a short delivery by Das. Tyagi tried to send it to the fine-leg fence, but doesn't get enough and it goes for a catch to the keeper.

16:53 hrs IST: OUT!!! INDIA IS UNDER PRESSURE!! It was a slow delivery from Das. Ankolekar tries to send it to deep third man, but drags it back onto the stumps.

16:50 hrs IST: OUT!!!!!!! It was an inswinging yorker. Ankilekar inside edges onto the pad and calls for a run. Bishnoi falls short.

16:42 hrs IST: OUT!!!!! RUN OUT!!! Jurel taps Hasan's delivery towards point. He calls for a run but Ankolekar refuses. And its a run out at the striker's end. Review decides Jurel to be dismissed.

16:26 hrs IST: OUT!! DOUBLE FOR ISLAM!! It was a full toss. Veer plays around his front pad and falls over the flick. It would have hit the leg stup otherwise.

15:57 hrs IST: No run. Jurel tries to send Sakib's full delivery to offside. He flicks it to the keeper instead.

15:51 hrs IST: OUT!!! It was a soft dismissal!!! Hasan sends a good delivery. Garg sends it towards cover. Simple catch.

15:11 hrs IST: No run. Varma gets an inside edge from Hridoy's delivery onto pad.

14:41 hrs IST: One run. Jaiswal goes for a sweep of Hasan's delivery. He sends it wide of square leg.

14:15 hrs IST: One run. It was an inswinging delivery by Das. Varma hits it through to midwicket. He goes for a run, and hurts his knee. The throw strikes his knee and collapses. He is back up again after some treatment.

14:03 hrs IST: OUT!!! Das floated one in full and wide outside off. Saxena executed it wrong. He sliced it straight to backward point.

13:55 hrs IST: No run. It was a length ball outside off. Saxena punches it to cover-point.

13:50 hrs IST: No run. Jaiswal leaves Sakib's delivery nervously. It was a length ball. Jasiwal took his bat out of the line at the last moment.

13:46 hrs IST: One run. It was fuller one by Islam, straightening just outside off. Jaiswal sends it to third man.

13:42 hrs IST: No run. Another maiden. Two in a row. Excellent start for Bangladesh. This is the first time, India has been put under such pressure in the tournament.

13:37 hrs IST: No run. A great end to a great first over by Islam. It was a good length one by Islam. Curving just outside off. Jaiswal leaves it. Maiden over!

13:30 hrs IST: The national anthems are completed. It looks like Yashasvi Jaiswal and Divyaansh Saxena will open for India. Shoriful Islam will open the attack.

13:18 hrs IST: "I am confident. We have a good middle-order batsmen and are confident too. No changes," Priyam Garg, captain of India, said.

13:13 hrs IST: "We are going to bowl first. There was rain last night, we are playing three seamers and we believe there is something in this wicket, hope we can exploit the conditions. It feels very special, it's a long journey for us. We have been working very hard for the last two years. We had a goal to play the final and we are here. She (PM of Bangladesh) is very kind, texted us and wished good luck. We have made one change. Avishek is coming in for Murad," said Akbar Ali, captain of Bangladesh, after the toss.

13:02 hrs IST: Bangladesh have won the toss and elected to field first. India will be batting first.

12:47 hrs IST: Good afternoon everyone and welcome to Outlook's live coverage of the U-19 Cricket World Cup final between India and Bangladesh. Can India extend their winning run? Or can Bangladesh achieve history?

Indian Colts are once again proving that they are the best at under-19 level cricket. The Priyam Garg-led team has been in rampaging form in South Africa and are overwhelming favourites in Sunday's ICC U-19 World Cup final against Bangladesh. The youngsters in the team will be hoping to follow in the footsteps of former U-19 world champion captains like Prithvi Shaw, Unmukt Chand, Virat Kohli and Mohammad Kaif.

In Bangladesh, India face a team, who have rigorously planned for the tournament since their quarterfinal defeat at the 2018 edition. Last year, both teams faced each other in the tri-series in England and Asia Cup, with Priyam Garg's team coming out on top.

Also, having not reached a final in the past, it will be historic for Bangladesh, especially if they defeat their sub-continental neighbours and eternal rivals in cricket. In senior level, India has always found a way past their opponents, including the 2016 World T20.

Ahead of the match, Bangladesh captain Akbar Ali said, "We don't want to take unwanted pressure. India is a very good side. We have to play our 'A' game and do well in all three departments. Our fans are very passionate about their cricket. I would want to tell them, keep supporting us."

Meanwhile, India's fielding coach Ajay Sharma hailed his team's upcoming opponents. "They are a very good side. There is a lot of mutual respect. I can tell you that," he said. 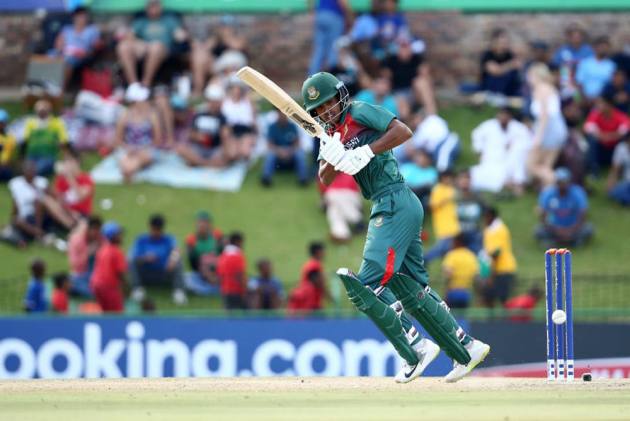