Set a revised target of 170 after a brief rain interruption in the final of 2020 ICC U-19 Cricket World Cup, Bangladesh beat India by three wickets with 23 balls to spare to create history 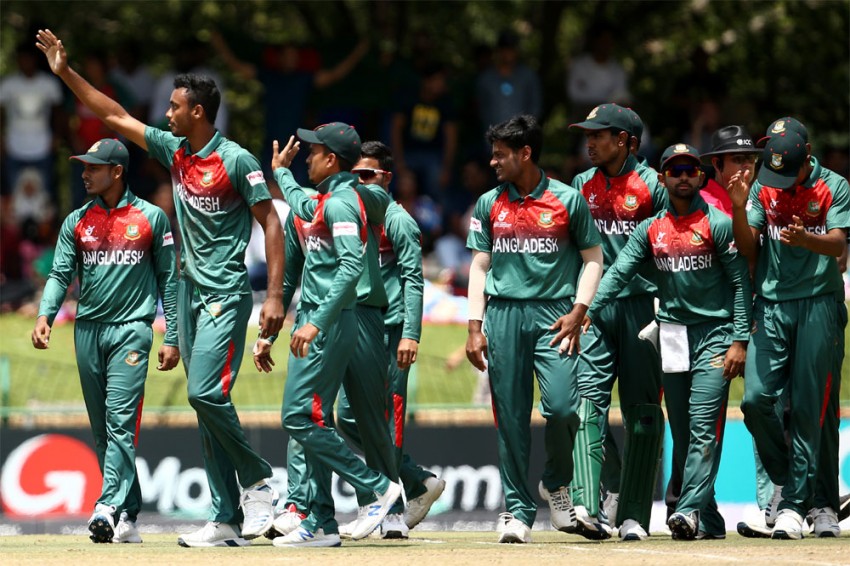 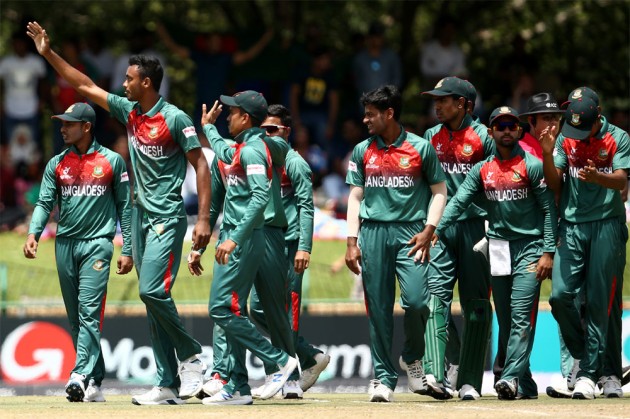 Bangladesh clinched their maiden ICC U-19 World Cup title after beating favourites India by three wickets in the summit clash at Potchefstroom on Sunday.

Set a revised target of 170 after a brief rain interruption, Bangladesh won the match with 23 balls to spare.

Sent in to bat, India's batting wilted under pressure as a superb Bangladesh bowling attack shot the defending champions out for a paltry 177 in 47.2 overs.

Yasashvi Jaiswal (88 off 121 balls) was once again a standout performer but not for once did he look like dominating the Bangladesh bowling unit whose new ball bowlers Shoriful Islam (2/31 in 10 overs) and Tanzim Hasan Shakib (2/28 in 8.2 overs) literally stifled the Indians for runs.

The third seamer Avishek Das (3/40 in 9 overs) was the most successful bowler in terms of figures but it was Shoriful's first spell with channelised aggression that put the Indians on the back-foot from the onset.

After a short rain break towards the end, the target was revised to 170 from 46 runs but Bangladesh reached 170 for 7 in 42.1 overs to win the match.

Opener Parvez Hossain Emon top-scored for Bangladesh with a 79-ball 47 while captain and wicketkeeper Akbar Ali was not out on 43 from 77 deliveries.

For the India U-19 side, Ravi Bishnoi was the most successful bowler with figures of 4/30 while Sushant Mishra had 2/25.

India thus missed out on a record fifth title in their seventh final appearance.