Mbappe wants to play in a team where the attack revolves around him. But that seems unlikely as both Neymar and Lionel Messi are at PSG 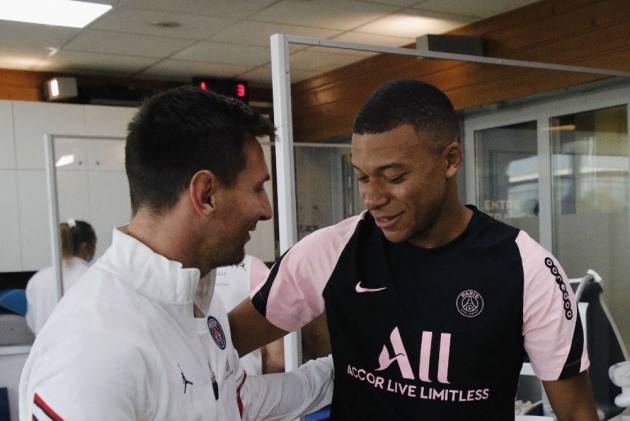 There were unusual sights and sounds before Paris Saint-Germain's home game against Strasbourg on Saturday (August 15). (More Football News)

Fans cheered and chanted Lionel Messi's name as PSG's stunning summer signing was presented to them at Parc des Princes.

Messi was one of the many stars unveiled on Sunday. PSG also formally introduced new recruits, Achraf Hakimi, Georginio Wijnaldum, Gianluigi Donnarumma and Sergio Ramos, to the home crowd.

Streaming: Messi Left Out Of PSG Squad For Brest Match

Then, sections of the crowd loudly jeered and whistled star striker Kylian Mbappe when his name was read out on the team lineup.

It appeared that some fans were unhappy with Mbappe, who has yet to sign a new contract amid reports he could join Spanish giant Real Madrid.

"I didn't hear the whistles,” PSG coach Mauricio Pochettino said. “He is focused on what he needs to do and played very well. He must carry on like this.”

PSG president Nasser Al-Khelaifi struck a defiant tone during Messi's news conference, boldly saying Mbappe has “no excuses” to leave, such is the strength of PSG's squad after a summer of impressive recruiting.

But Mbappe wants to play in a team where the attack revolves around him.

With Neymar and now Messi at PSG, that seems unlikely to happen and a bid of 150 million euros ($175.5 million) from Madrid might be too good to refuse.

Mbappe’s contract runs out at the end of the season and he could leave for free.

A smiling Pochettino said at a news conference Thursday that he relies on his “sense of humor” to deal with transfer rumors, after being peppered with questions about Mbappe’s future.

PSG are going for a third consecutive win when they face Brest in northwestern France on Friday night but Messi will not make the trip.