A number of top players, including Barcelona's Lionel Messi, are out of contract at the end of the 2021 season and from the start of the year are free to open talks with other teams 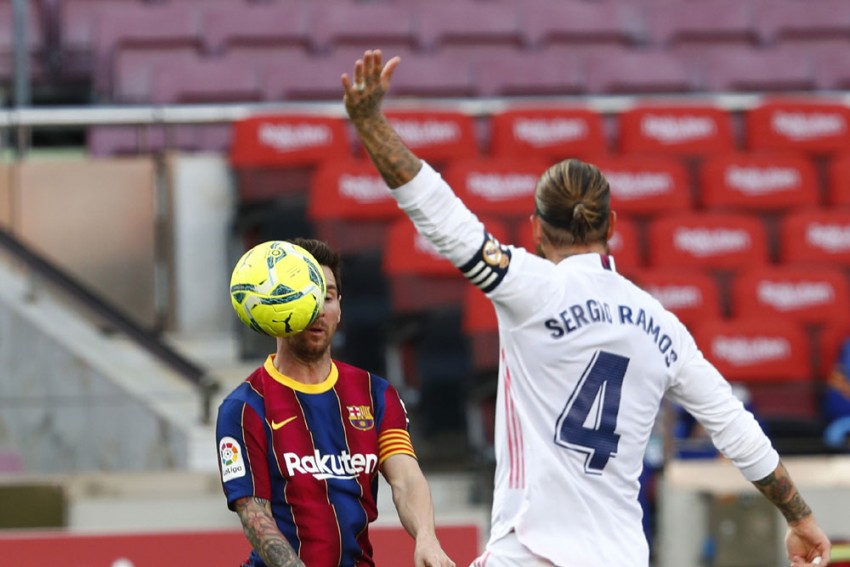 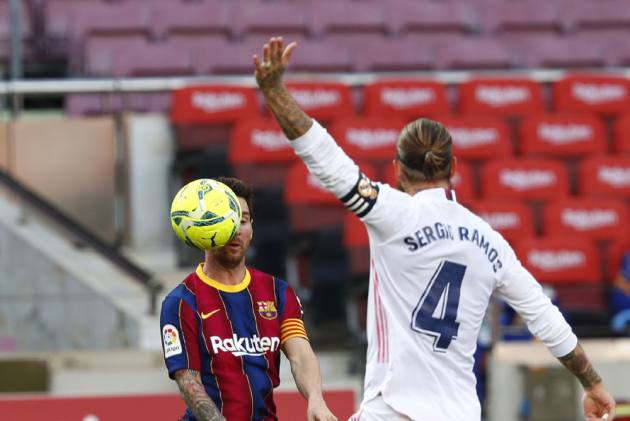 The date of January 1 is typically the time for New Year's resolutions but for some footballers in Europe's top five leagues it signals the day they can plot a lucrative move to a new club. (More Football News)

A number of top players, including Barcelona's Lionel Messi, are out of contract at the end of the 2021 season and from the start of the year are free to open talks with other teams.

Messi, of course, will be the one that takes the limelight but there are some other big-name players who will be free to leave their clubs for nothing in six months.

Here's the best players (and a couple of pretty good second choices) who are out of contract in 2021 and make up a free transfers XI.

GK: Gianluigi Donnarumma (Marko Dmitrovic)
The youngest goalkeeper ever to play for Italy – at 17 years and 189 days – has now matured into one of Serie A's most consistent performers between the sticks. The 21-year-old has been key to Milan's surge to the top of the table with four clean sheets in the league so far this season.

RB: Elseid Hysaj (Kenny Lala)
Comfortable on both the right and left flanks the versatile Albanian full-back, 26, has been a dependable, and largely unsung, part of Napoli's defence since 2015. He may lack the eye-catching assists of attacking defenders but Hysaj uses the ball intelligently in possession.

CB: Eric Garcia (Shkodran Mustafi)
A product of Barcelona's La Masia academy he joined Manchester City in 2017 where Pep Guardiola has been influential in his development. Blessed with an excellent reading of the game, and a superb positional sense, the 19-year-old has rejected a new contract at City and appears hungry for regular first-team football elsewhere.

CB: Sergio Ramos (Jerome Boateng)
The knees might be creaking at the age of 34, but the Real Madrid and Spain centre-back's mix of bloody-minded determination and charismatic leadership make him an asset to nearly any defence despite being at the back end of his career.

LB: David Alaba (Romain Saiss)
Able to operate in defence or midfield the 28-year-old Austria international has spent a decade as one of Bayern Munich's most consistent and reliable players. With nine Bundesliga and two Champions League winners' medals under his belt he has bucketloads of experience at the top level.

CM: Georginio Wijnaldum (Hakan Calhanoglu)
The Dutch midfielder has been converted by Jurgen Klopp from a goalscoring attacker into an intelligent midfield workaholic integral to Liverpool's style of play. Largely unheralded, he is man for the big occasion as his two goals in Liverpool's famous 4-0 comeback win over Barcelona demonstrate.

It’s been a year with mixed emotions. It hasn’t turned out as anyone expected but there have been some moments that I will cherish forever. Let’s try to end this year on a positive note, what’s your best memory of 2020? #HappyNewYear2021 pic.twitter.com/tNVGkaJTd0

CM: Fernandinho (Mesut Ozil)
He turns 36 next May, and may lack the bite of old, but the Brazilian still has a lot to offer either as an efficient defensive midfielder or classy centre-back. Another player whose influence and quality may only be fully appreciated by City when he has actually left the club.

CM: Luka Modric (Julian Draxler)
A cultured and experienced midfield playmaker who, despite his diminutive frame, still oozes class whenever he is on the ball. Part of the furniture at Real Madrid since 2012 the 35-year-old Croatian looks like he still has plenty of years at the top ahead of him provided injuries do not take their toll.

It’s through hardship that we end up finding what we want and who we are. And, in the end, it is possible to win. (Senna)

CF: Sergio Aguero (Olivier Giroud, Arkadiusz Milik, Diego Costa)
Injury problems appear to be catching up with the 32-year-old Manchester City striker. On his day, there are few better natural finishers around. Aguero has more hat-tricks (12) than anyone else in the Premier League and is the highest non-English scorer in the history of the competition with 180 goals.

LF: Memphis Depay (Angel Di Maria)
A pitiful return of just two league goals in 33 appearances saw him jettisoned by Manchester United in 2017 but since then Depay has rebuilt his career and started to flourish. The Dutch forward has a respectable 62 goals in 154 appearances for Lyon in Ligue 1 and aged 26 is about to hit his peak.