Lionel Messi has rubbished rumours around his future after days of speculation linking him with Inter or a return to Argentina. 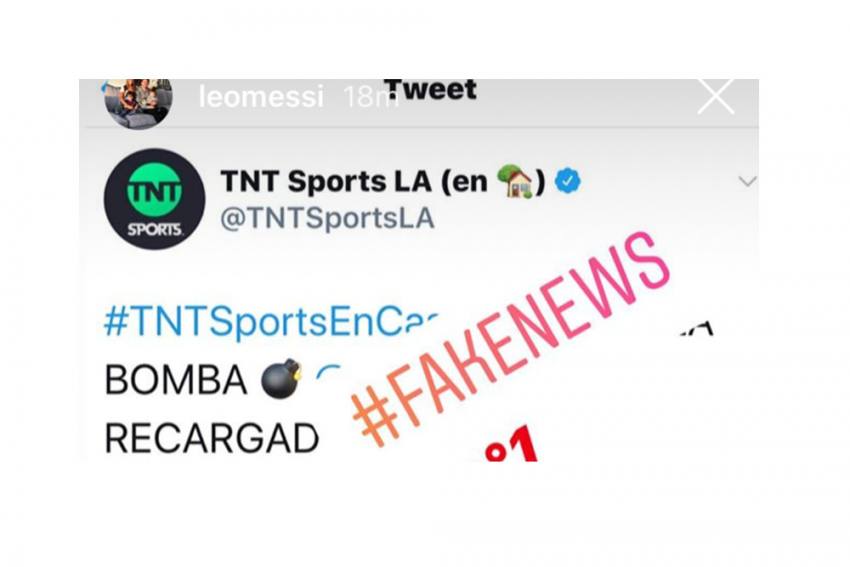 Lionel Messi's future remains unclear as he has the option to unilaterally terminate his Barcelona contract at the end of the season.
Instagram
Omnisport April 10, 2020 00:00 IST Lionel Messi Dismisses Inter Milan Transfer And Ronaldinho Bail Rumours As 'Fake News' 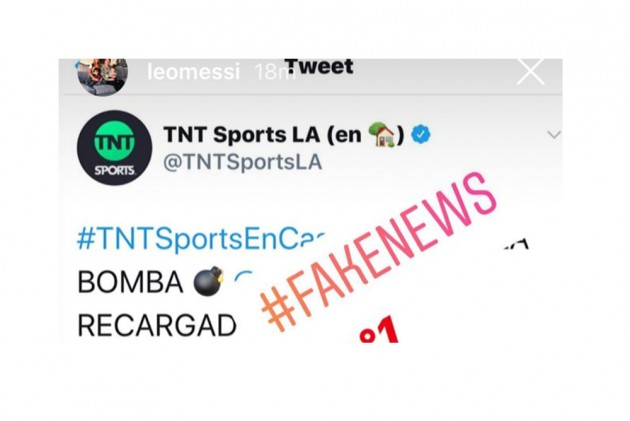 Barcelona star Lionel Messi has branded speculation linking him with moves to Inter and Newell's Old Boys as "fake news".

Reports in Argentina, Spain and Italy in recent days have suggested Inter could launch an audacious bid to sign the six-time Ballon d'Or winner, with Barca said to be keen to speak with the Nerazzurri about striker Lautaro Martinez.

TNT in Messi's homeland even suggested discussions had already begun over a series of transfers that would see Martinez move to Camp Nou and Messi head to Inter along with rising Velez Sarsfield star Thiago Almada.

However, Messi has made it clear there is no truth to the rumours, publishing a screenshot of the claim on his official Instagram page and labelling it "fake news".

He described the report of the Inter deal as "lie 1" and wrote "lie 2" over a further claim that bail for former team-mate Ronaldinho, who is being held in Paraguay over allegedly entering the country with a fake passport, was paid from a Barcelona-based bank account that could have been used by Messi.

Messi added: "What they said in this same publication about Newell's a few weeks ago was also false. At least nobody believes them..."

Messi's future remains unclear as he has the option to unilaterally terminate his Barca contract at the end of the season.

The 32-year-old has been at loggerheads with some of Barca's board this term, adding to speculation he could decide to walk away.

Messi called out first-team technical secretary Eric Abidal for suggesting some players downed tools during Ernesto Valverde's final weeks in charge, while he then accused figures within the club of trying to place the players under undue public scrutiny while they negotiated a voluntary 70 per cent pay cut during the coronavirus crisis.

Manchester City are another club to have been linked with the Argentina star, who has always stressed he feels at home at Barca, where he has spent his whole senior career.

6 - Barcelona's Lionel Messi is the only LaLiga player scored at least six goals from direct free-kicks in each of two different seasons in the 21st Century (2017/18 and 2018/19). Master. pic.twitter.com/mUpHPfRfvt