It was the seventh consecutive winless opening match for Villarreal in the league, and it hasn't started the season with a win at home in six attempts. 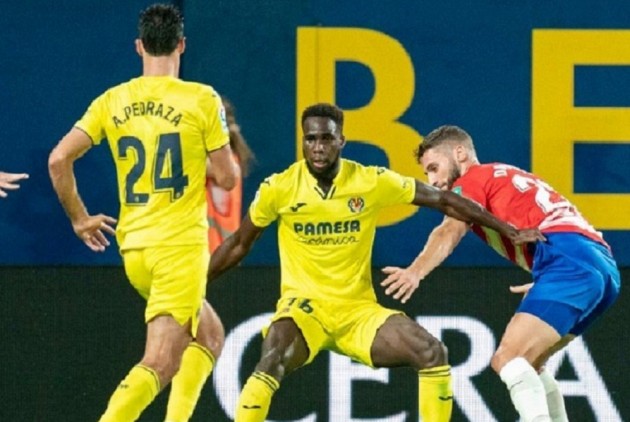 It was the seventh consecutive winless opening match for Villarreal in the league, and it hasn't started the season with a win at home in six attempts.

A crowd of about 7,000 was at the La Cerámica Stadium as Spanish health authorities allowed capacities of up to 40 per cent in the stadiums for the league's restart. Some 5,000 had been allowed into Villarreal's games at the end of last season.

The club presented the Europa League trophy to its fans before the match.

Villarreal played a man down from the 82nd minute as Argentine defender Juan Foyth was sent off with a second yellow card.

Villarreal was coming off a loss in a shootout to Chelsea in the UEFA Super Cup. Unai Emery's team was seventh in the Spanish league last season.

Granada, which finished ninth in the league last season, earned the away draw in the debut of former Spain national team coach Roberto Moreno.

Also on Monday, Elche and Athletic Bilbao drew 0-0 in a rematch of their encounter in the last round last season, when Elche won 2-0 at home to secure its stay in the first division.

Athletic had lost its last three league openers away from home.