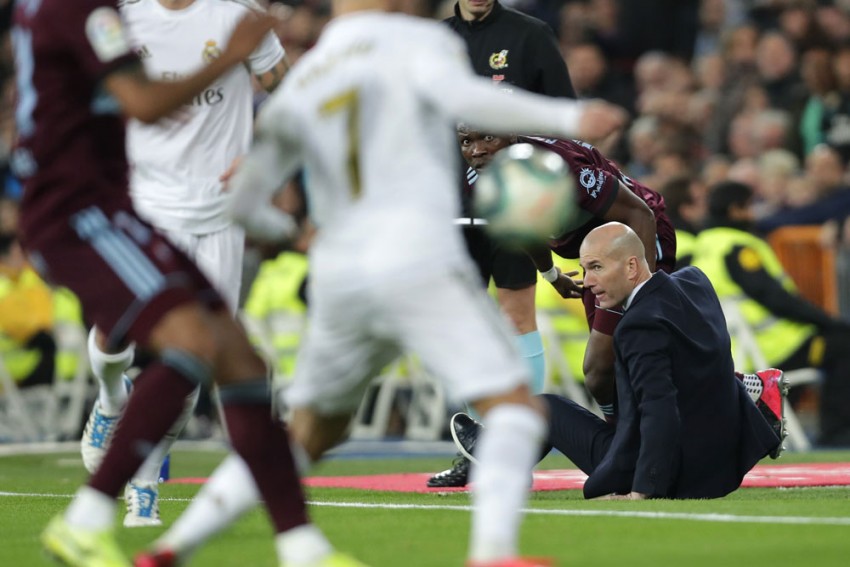 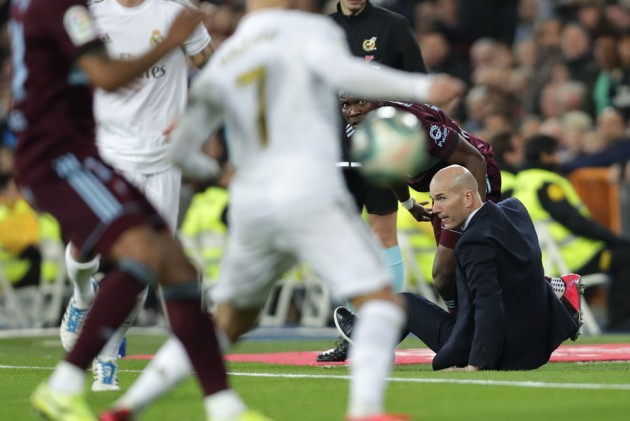 Los Blancos were stunned by Fedor Smolov's first goal for Celta in the seventh minute and the home side failed to register a single shot on target in the opening half.

However, they turned the game on its head within 13 minutes, Toni Kroos scoring again against Celta before Sergio Ramos slotted home a penalty after the returning Eden Hazard had been fouled.

Mina's late leveller meant Zinedine Zidane's men only moved one point clear of Clasico rivals Barcelona, though, as their winning run came to an end.

All eyes were on the returning Hazard, who was making his first appearance since November due to an ankle injury, but more attention should have been paid to Real Madrid's defence at the start.

Iago Aspas fed Smolov, who, having found space between Raphael Varane and Dani Carvajal, collected the ball and calmly slotted beyond Thibaut Courtois.

Celta came close to a second prior to the break but Courtois flung out both hands to thwart Joseph Aidoo's header from Lucas Olaza's corner.

There was an immediate improvement from Zinedine Zidane's men after the break.

Yet there was no issue with Kroos' 52nd-minute effort, the Germany international placing home after Marcelo had found him with a cutback.

Hazard then made an impact on his return as goalkeeper Ruben Blanco tripped the former Chelsea star after he had beaten him to the ball, with Madrid skipper Ramos making no mistake from the spot.

Yet Madrid could not hang onto their lead and substitute Denis Suarez threaded a pass through to his fellow replacement Mina, who fired home two minutes after coming on to make it 2-2.

Celta boss Oscar Garcia was dismissed in the latter stages for kicking another ball onto the pitch after Madrid had restarted, but he was all smiles at the final whistle as his struggling side took a point off the leaders.

What does it mean? Defensive lapses cost Madrid dear

Aspas and Suarez deserved plaudits for their assists but the Madrid defending on both occasions left much to be desired, and will have been noted by Manchester City's forwards ahead of their Champions League last-16 tie.

The bigger picture domestically is that Madrid remain top, though, and the return of Hazard was a boost ahead of the season's closing stages.

Kroos is not known for his goals but when he does score, it tends to be against Celta.

His second-half equaliser was his sixth against them, a fine return for a man who has scored only 14 LaLiga goals since joining in 2014.

Good job Madrid could rely on one of their midfielders because another Bernabeu game went by without a goal from Bale.

The Wales international has gone 337 days without scoring at Madrid's home and he squandered a great chance in the first half to end that barren run when prodding wide from close range.

A trip to Levante is Real Madrid's next assignment before Los Blancos meet City in the first leg of their Champions League last-16 tie. Celta host Leganes next weekend.