Kylian Mbappe, 21, has been heavily linked with a move to Madrid after starring at Paris Saint-Germain, where he is contracted until 2022 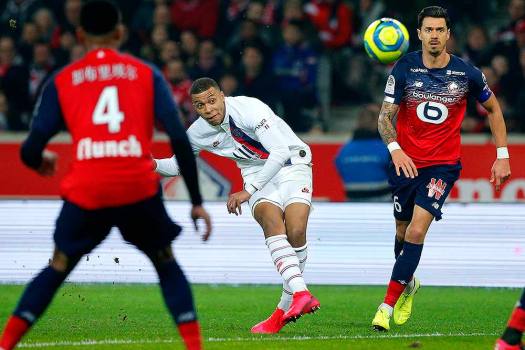 Kylian Mbappe should join Real Madrid if he wants to continue improving, according to former France international Robert Pires.

Mbappe, 21, has been heavily linked with a move to Madrid after starring at Paris Saint-Germain, where he is contracted until 2022.

Pires, who turned down Madrid during his playing career, said Mbappe should make the move to the LaLiga giants – and the former Arsenal and France midfielder can see it happening.

"Of course. I'm French, I like Paris Saint-Germain and I'd like him to stay in Ligue 1," he told AS.

"But if he wants to keep growing as a player, he should sign for Real Madrid."

Madrid coach Zinedine Zidane has previously revealed his admiration for Mbappe, who has six goals and five assists in seven games this season.

Since the start of 2017-18, Mbappe has more assists (15) in the Champions League than any other player.

Zidane has also been under pressure at Madrid, who have won just one of their past four games in all competitions ahead of hosting Huesca on Saturday.

"I think it's incredible that people talk about a crisis and the end of an era when Real Madrid lose two games before the Clasico and then draw at the death against Borussia Monchengladbach," Pires said.

"I know there's a lot of pressure at Madrid, but the coach and the players need to be given a calmer climate in which to do their job.

"Just because they're Madrid or Barcelona, they can't always beat everybody. If that were the case, football would be very boring."

Madrid are third in the LaLiga table, a point behind Real Sociedad and Cadiz, although they can go top with a win over Huesca.