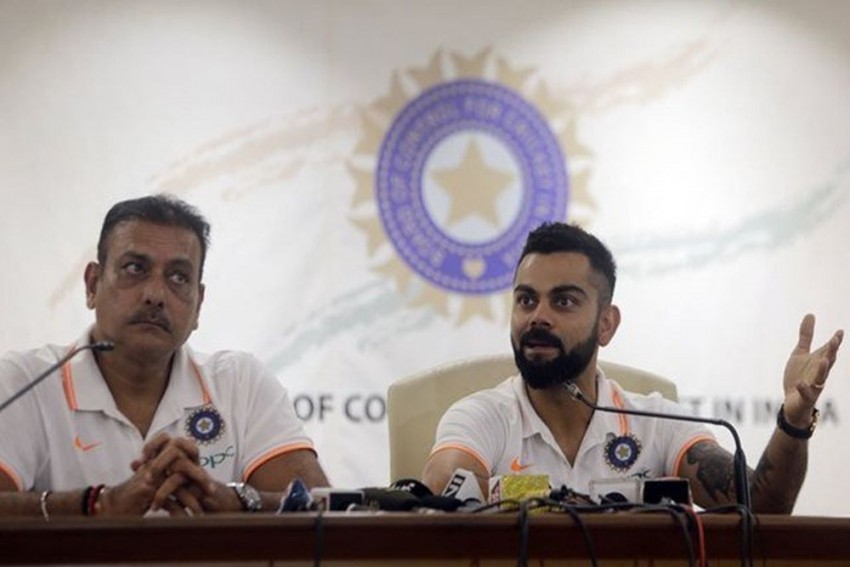 The BCCI has invited fresh applications for the head coach and support staff of the India men's cricket team. Ravi Shastri, who was appointed as the coach in 2017, will get an automatic entry in the recruitment process.
Twitter
Outlook Web Bureau July 26, 2019 00:00 IST Kapil Dev-Led Panel To Pick Indian Cricket Team's Next Head Coach 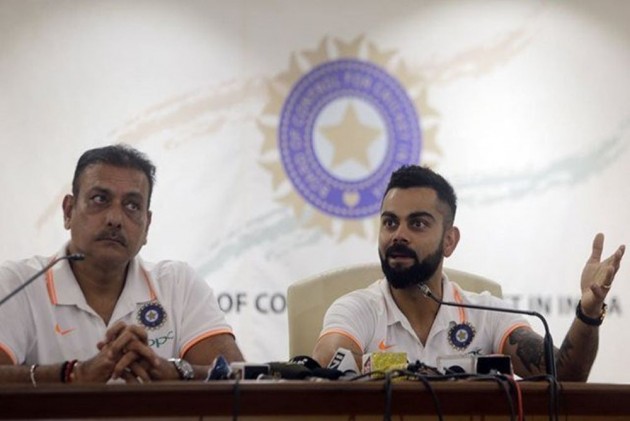 A Cricket Advisory Committee (CAC) led by World Cup-winning captain Kapil Dev was on Friday entrusted with the responsibility of selecting India's new coach, the interviews for which are expected to be conducted in mid-August.

The decision was taken by the Committee of Administrators (COA) running Indian cricket after a meeting here.

Apart from Kapil, the panel, which picked the women's coach in December last year in the capacity of an ad-hoc body, comprises former women's captain Shantha Rangaswamy and former men's coach Anshuman Gaekwad.

However, the CAC's appointment is specific to picking only the next India coach and is subject to conflict of interest.

Both Kapil and Rangaswamy are also involved with the formation of the Indian Cricketers' Association (ICA) and ethics officers D K Jain will now decide if their roles are conflicted or not.

"These three will pick the men's coach. It is not an ad-hoc body. But this all is subject to conflict of interest and they will give us an undertaking. The interviews of the candidates are expected to take place in mid-August," COA chief Vinod Rai said after the meeting.

Asked if captain Virat Kohli will have any say in the process, Rai said, "No, he has no opinion."

As per the BCCI constitution, the CAC can only be appointed at the BCCI AGM which is scheduled for October 22.

"This CAC (Kapil, Shantha and Anshuman) will only pick the next India coach and it is absolutely legal," added Rai.

The same set of people picked the women's coach and that led to a division in the COA with Diana Edulji calling the move unconstitutional. She is yet to express her views regarding the men's coach appointment.

India's incumbent coach Ravi Shastri has been handed an extension till the end of the tour of West Indies from August 3 to September 3. Shastri will have to reapply to be in contention for the position. The last date for applications is July 30.

The COA is, however, still awaiting Supreme Court directions on the conflict of interest case involving the original CAC members Sourav Ganguly and VVS Laxman.

The two have been asked to choose one out of the multiple cricketing roles they are performing at the moment, including commentary.

Only CAC is empowered to pick the head coach but with the old panel comprising Ganguly, Laxman and Sachin Tendulkar as good as dysfunctional, the Kapil-led panel has been finalised for the men's appointment as well.