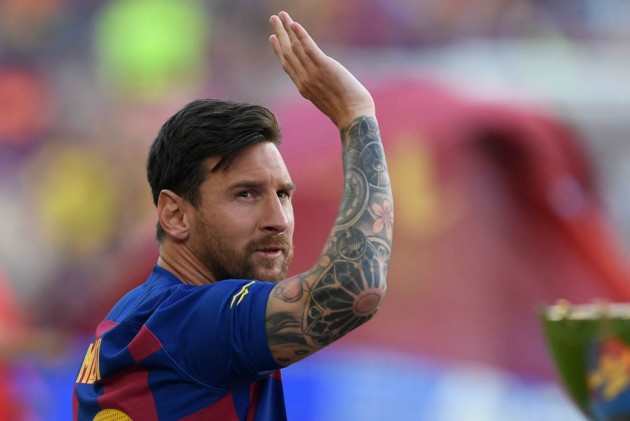 Kaka labelled Lionel Messi a "genius" as he picked the Barcelona superstar over Juventus' Cristiano Ronaldo.

Messi – winner of a record six Ballons d'Or – and Ronaldo are regarded as two of the greatest ever players, with debate often centred on who stands alone atop the all-time list.

Kaka played alongside Ronaldo at Real Madrid, but the 2007 Ballon d'Or winner selected Messi as his preferred choice.

"I played with Cristiano and he's really amazing, but I'll go with Messi," Kaka said when asked who he would pick out of Messi or Ronaldo during an Instagram Live Q&A for FIFA's channel.

"He's a genius, a pure talent. The way he plays is incredible."

But on five-time Ballon d'Or winner Ronaldo, Kaka added: "Cristiano is a machine. It's not just the way he's strong, powerful and fast; he's strong mentally.

"He always wants to win and play. To be the best. For me, that's the most incredible thing he has.

"In the history of sport, they [Messi and Cristiano] are definitely in the top five. We are very lucky to have been able to see both of them."