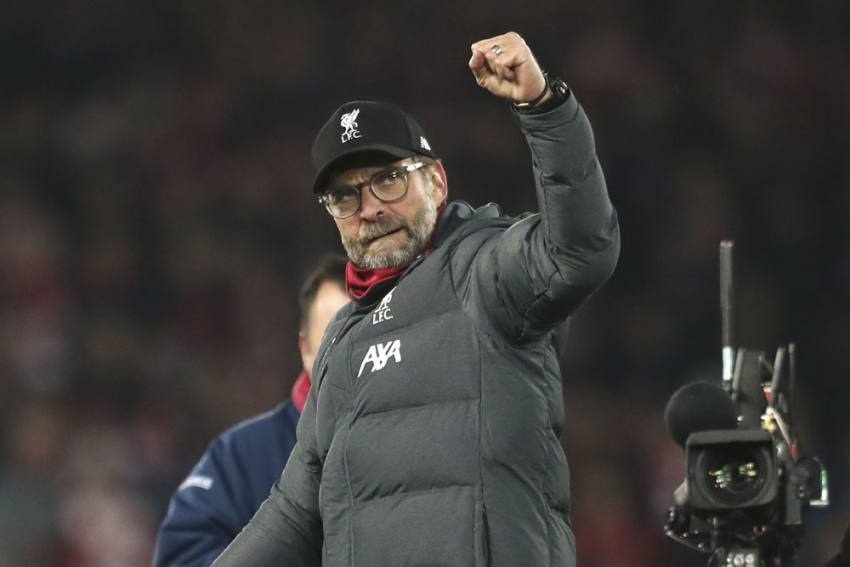 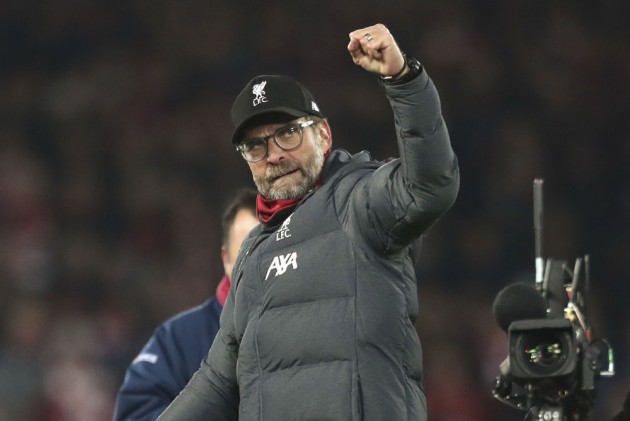 Jurgen Klopp is the best manager in world football and would be Liverpool's first-choice candidate if searching for a new boss in 2019, the club's owners Fenway Sports Group (FSG) said following his contract extension. (More Football News)

Liverpool confirmed on Friday that Klopp has signed a new four-and-a-half-year contract to keep him at the club until 2024, as they surge towards a historic first English Premier League title.

Klopp joined the Reds in 2015 and quickly began to oversee a steady improvement in their fortunes, reaching two finals in his first year.

Although they fell at the last hurdle on both of those occasions in the EFL Cup and Europa League, two years later Klopp guided Liverpool to a first Champions League final since 2007.

Another final defeat did little to deter them and they lifted European football's biggest prize earlier this year in Madrid, while they are coasting towards a first league title in 30 years having dropped only two points in 16 Premier League matches this term.

Klopp's commitment - which was announced shortly before he was confirmed as the Premier League's Manager of the Month for November - unsurprisingly left FSG's leadership team in triumphant mood.

Not a bad Friday for the boss...

Agrees new contract to 2024 @premierleague Manager of the Month

"We feel this represents one of the big moments of our stewardship of Liverpool so far, as we believe there is no better manager than Jurgen," a statement on behalf of FSG principal owner John Henry, chairman Tom Werner and president Mike Gordon read.

"The decision also keeps with the club's overall strategy of building from a position of strength.

"It means Jurgen will oversee the ongoing transition from Melwood to the new Kirkby training base as the club continues to pursue a vision of being elite in all facets of the industry.

"It also provides us with continuity with the existing football operations management structure, overseen by sporting director Michael Edwards, whose input into the project cannot be overestimated.

"He has been – and will continue to be – as indispensably important as anyone else to the direction of Liverpool. In Jurgen and Michael, we are blessed with world-class leadership.

"This is a collective partnership that has seen the club reach and then re-establish itself as an elite performer at home and abroad.

46 - This is Liverpool's best ever start to a league season, with the Reds winning 46 points from their opening 16 games. Indeed, their two highest points returns after 16 league games have both come under Jurgen Klopp in the last two seasons (also 42 in 2018-19). Colossus. pic.twitter.com/KZW0CLKYoS

"Back in 2015, we used the phrase 'ideal fit' when we appointed Jurgen. This continues to apply today and, if anything, the circumstances make it more pertinent. We consider him to be the best there is.

"If Liverpool were looking to appoint the most outstanding, elite manager for our current status today, Jurgen would be the first choice – no question. We believe this deal cements a relationship built on trust and mutual benefit: Jurgen has delivered for LFC, and LFC has delivered for Jurgen.

"Both parties have come to the conclusion that by continuing to work together and build on the work of the last four years, the opportunity exists to maximise each other's potential."