Despite taking 19 shots at the National Arena, Germany only managed to edge past Romania by a solitary goal. 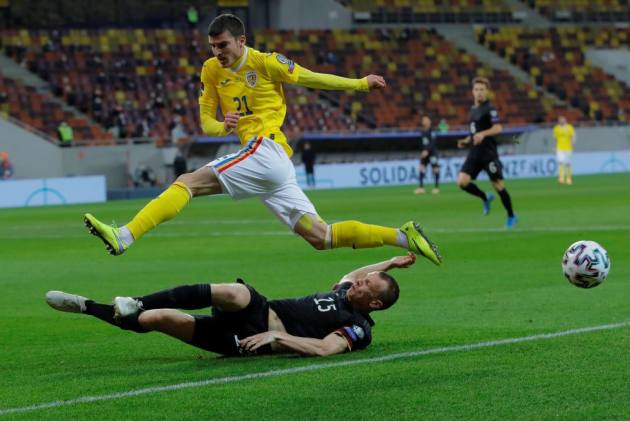 Serge Gnabry scored the only goal of the game in the 16th minute, with the Bayern Munich forward, Leroy Sane and Timo Werner going on to squander opportunities to extend Die Mannschaft's advantage.

That almost came back to haunt Germany in the closing stages as the hosts went close through George Puscas and Nicolae Stanciu.

Germany – the 2014 world champions – ultimately held on, though, to follow up Thursday's opening Group J win over Iceland with another three points.

Low was largely pleased with Germany's display, but acknowledged they should have added to Gnabry's early goal.

"Romania were definitely the better team than Iceland in terms of football," he said. "We worked very well against the ball today and won some battles.

"We could have made the game easier for ourselves if we had made it 2-0. If there's something to complain about, it's the big opportunities.

"The goalkeeper saved very well several times, but we could have been ice cold and more concentrated in front of goal.

"When the opponent has nothing more to lose, they throw everything forward. We had several chances in which we could have finished more cleanly, but we have three points."

Germany made just one substitution before stoppage time – Werner replacing Kai Havertz in the 77th minute – and Low said he stuck with his starting XI for so long as the game was under control.

"It's important to get used to it," he added. "But I didn't switch because the game was under control for a long time.

Joshua Kimmich, who struck the crossbar in the first half with a deflected half-volley, agreed with Low's assessment that Germany made life unnecessarily difficult for themselves.

The Bayern Munich midfielder said: "We could have made it easier for ourselves. We were lucky that Romania didn't equalise in the 90th minute; that would've been karma for us not scoring again.

"We have to score earlier then we will have a quieter evening. I think we largely controlled the game, but still we didn't manage to decide it earlier."

Germany will be looking to make it three wins from three Group J games when they host North Macedonia on Wednesday.