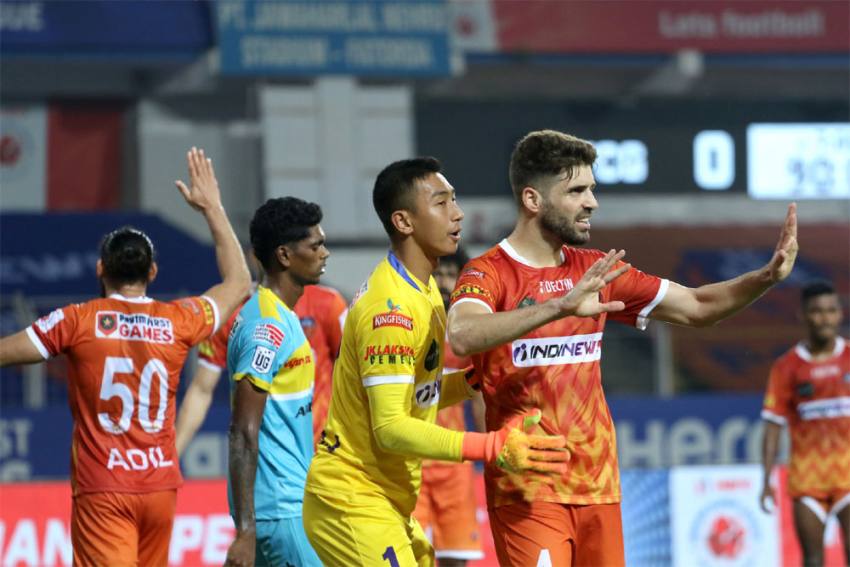 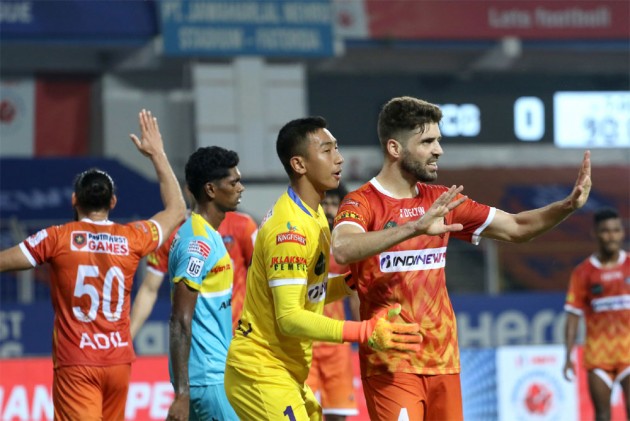 All FC Goa needed to progress to the playoffs was a draw. That they achieved with an efficient performance as they held Hyderabad FC to a goalless draw at the Fatorda Stadium, Goa on Sunday, setting a new Indian Super League (ISL) record for the longest unbeaten run in the process. (More Football News)

A brilliant defensive performance from Ivan Gonzalez and some crucial saves from Dheeraj Singh was enough for the Gaurs to get the point they needed. They were lucky not to concede late in the game and a good show from Hyderabad was not enough to stop Juan Ferrando’s men from qualifying for their fourth consecutive semifinals and extending their unbeaten run to 13 games.

Hyderabad are still unbeaten in 2021 and extended their unbeaten run to 12 games, but they had to settle for fifth on the table.

Playing without their main players was always going to be difficult for Hyderabad. They missed the services of their regular scorer Aridane Santana (fourth yellow) upfront and Chinglensana Singh (red card) in defence. But the Nizams were up for the challenge and were able to match their opponents.

HFC made it difficult for Goa with incessant pressing all over the pitch and had a few chances in the opening minutes. What they lacked was the poacher’s instincts in the final third.

Goa, as usual, dominated possession and passing but they couldn’t convert it into chances. The first half had zero shots on target as neither goalkeeper was called into action much.

Both sides have scored more goals in the second session and Goa rang in an early warning when Alberto Noguera set Redeem Tlang free on the left. The winger covered some distance and crossed to Alexander Jesuraj, who was late to react.

With HFC trying to get the required goal to progress, tempers flared along with the pressure as Edu Bedia, Tlang and Joao Victor went into the referee’s books within a span of nine minutes.

Hyderabad had their best opportunity in the 84th minute. Victor chipped in a delightful ball into the box from outside the box. Joel Chianese and Liston Colaco, both of whom made runs in behind, failed to head in from close range.

After being withdrawn, Lluis Sastre was shown a red for throwing a bottle at the Goa bench. Noguera also received a yellow and will miss the first leg of the playoffs.

Hyderabad nearly took the lead in the injury time but Gonzalez came with a crucial interception to deny Liston Colaco from scoring a simple tap-in. Later, Adil Khan almost scored an own goal but an alert Dheeraj pulled off a stunning save to send his team into the playoffs.