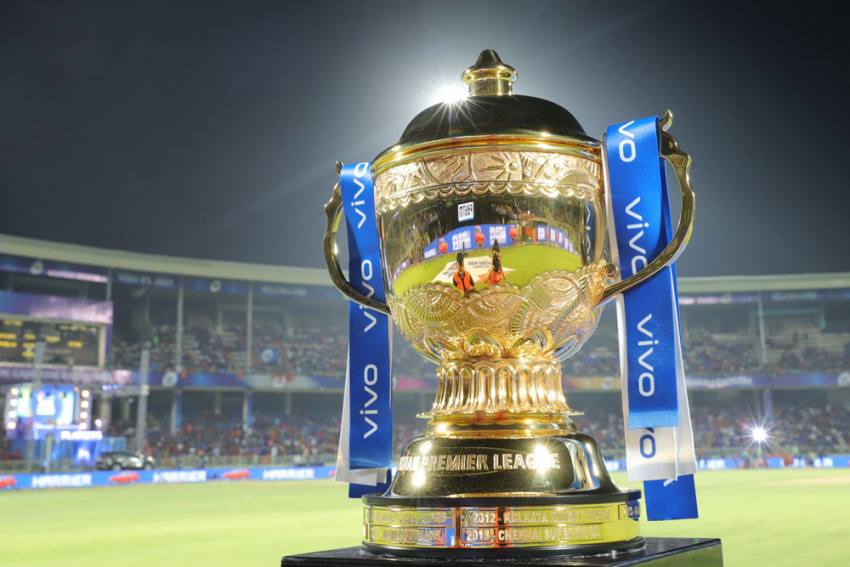 "The tournament has been suspended indefinitely. We will try to conduct the event in the next available window but this month is unlikely," league chairman Brijesh Patel told PTI.

The Board of Control for Cricket In India has suspended the tournament for at least a week, as per sources. Tuesday's Sunrisers Hyderabad vs Mumbai Indians match in Delhi came under cloud after Wriddhiman Saha of SRH tested positive.

BCCI sources say the remainder of IPL 2021 could be held in September, ahead of the T20 Cricket World Cup. IPL could be completed in UAE because there are murmurs that the World Cup could also be played in the Emirates

Official release from the BCCI says, "The Indian Premier League Governing Council (IPL GC) and Board of Control for Cricket in India (BCCI) in an emergency meeting has unanimously decided to postpone IPL 2021 season, with immediate effect.

"The BCCI does not want to compromise on the safety of the players, support staff and the other participants involved in organising the IPL. This decision was taken keeping the safety, health and well-being of all the stakeholders in mind.

"These are difficult times, especially in India and while we have tried to bring in some positivity and cheer, however, it is imperative that the tournament is now suspended and everyone goes back to their families and loved ones in these trying times.

"The BCCI will do everything in its powers to arrange for the secure and safe passage of all the participants in IPL 2021.

"The BCCI would like to thank all the healthcare workers, state associations, players, support staff, franchises, sponsors, partners and all the service providers who have tried their best to organise IPL 2021 even in these extremely difficult times."

According to sources, IPL 2021 may be cancelled and held at a later date depending on India's cricket schedule. India are to tour England and play the World Test Championship final against New Zealand in Southampton in June.

The BCCI had been trying to continue with IPL but the increasing number of counts in different teams has made it rethink. The tournament which brings in 4000 crores of revenue to the Indian cricket board has always been a priority for the BCCI. Despite the pandemic, it held the IPL in UAE last season. The tournament passed off COVID-free.

But things have turned for the worse from earlier this week. KKR players testing positive was a starting point. It was slowly revealed several groundstaff in Delhi were infected by corononavirus that has left thousands dead in India.