For IPL Organisers, Loss Of Revenue Seems More Important Than Loss Of Lives Due To COVID

It is now clear why people call IPL the Indian Paisa League. Unfortunately, BCCI has shown no inclination to help fight the pandemic 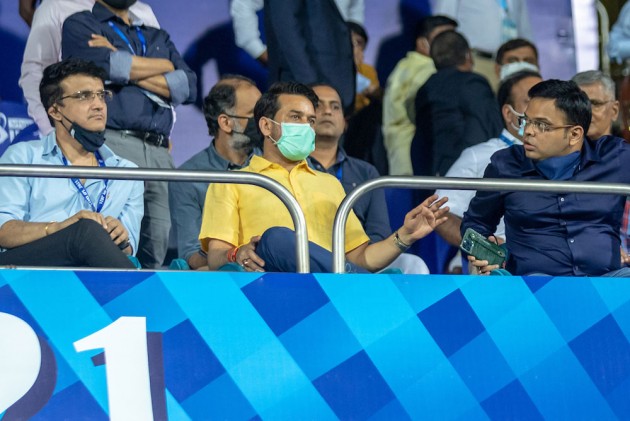 As India grapples with an unprecedented health crisis, with hundreds of thousands of daily reported cases of COVID-19, tens of thousands of patients ill without oxygen or hospital beds, there is a general sense of gloom and despair prevailing in the country.

However, in this war-like medical emergency that the country is going through at a scale hitherto witnessed in the last century, where all sense of normalcy is disrupted, one activity that continues as if everything is hunky-dory is the annual summer tamasha called the Indian Premier League (IPL).

Ostensibly held in a secure ‘bio-bubble’ in various cities across India, where support staff, cricketers, coaches and others associated with the league are not allowed to have contact with outsiders, it seems that this edition of IPL is held in a bubble completely detached from the realities outside.

Mumbai, Bengaluru, Delhi, Kolkata, Ahmedabad, and Chennai, the six venues for IPL, are probably the city’s worst affected by the second wave of Covid19, where thousands of patients are seen to be pleading for oxygen cylinders, medicines and hospital beds. However, totally unaffected by the bodies piling in crematoriums and queues outside hospitals, IPL matches are being held in these cities daily, albeit mercifully without the usual razzmatazz of skimpily clad cheerleaders dancing to every boundary or wicket.

It has been argued that besides causing a risk of infection to the hundreds of cricketers, staff and commentators involved in the league and potential of being a super spreader event (claims of being a secure bio bubble notwithstanding), IPL also puts pressure on the existing system and frontline workers, since the venues and cricketers require heavy police protection as well as medical equipment, repeat RT-PCR tests as well as doctors and ambulances on standby.

At this hour, when the country needs to utilise all possible medical and testing resources, it is argued that diverting and wasting such scarce resources for IPL is the last thing that is required. 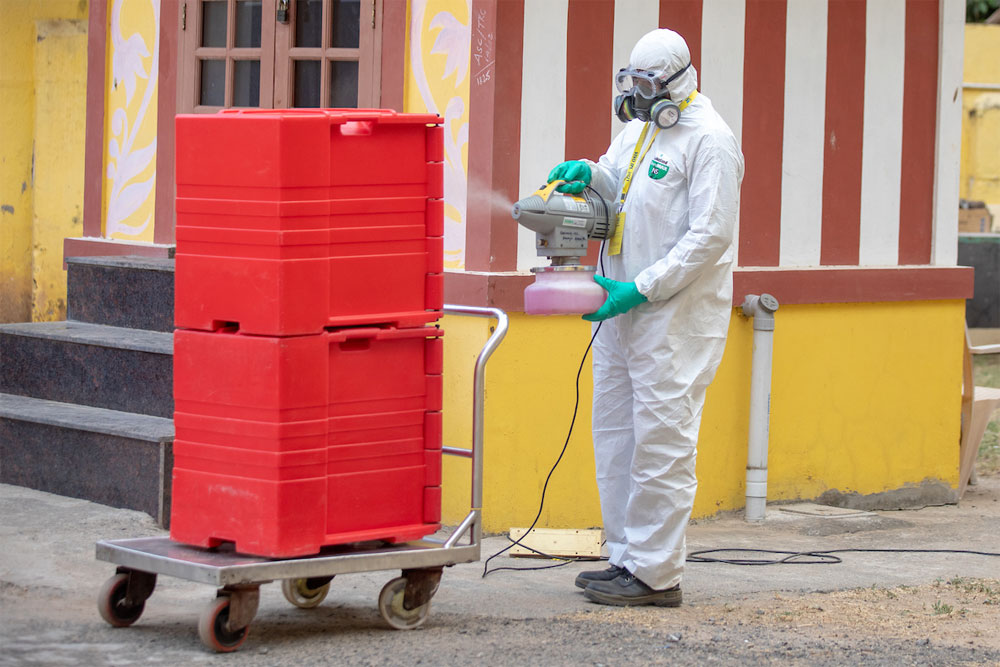 BCCI spends a lot of money on maintaining bio-bubbles for players and coaching staff. Lot of crucial resources are diverted to cricket in cities suffering from the pandemic. Photo - BCCI

Although many writers and citizens have urged the BCCI to postpone IPL and hold the remaining matches at a more appropriate time (BCCI has rejected this demand as per latest reports), almost no sportsperson, retired or active has asked for a rethink on the conduct of IPL.

The honourable exception to this silence is Olympic gold medalist and ace shooter Abhinav Bindra, who poignantly noted that he is unable to tune in and watch any sport at the moment. He further rightly chided sports administrators for continuing the games despite the sad health crisis unfolding across the country and noted that cricketers or officials should not be totally blind or deaf to what is happening around them.

Diehard fans of the league say that IPL provides at least some entertainment and relief in these difficult times and helps relieve the stress and tension faced by people all through the day. They also say that since no other recreation or activity is permitted, people tune on to their televisions every evening to watch IPL and it actually makes lockdown and curfew orders bearable.

It is further argued that through commentary and other messaging, a wide section of citizens is actually nudged into wearing masks and following other COVID-appropriate behaviour.

There may be some merit in these arguments and indeed an exception can be made for IPL to continue providing some evening entertainment to the stressed masses even when the Covid19 pandemic has not fully abated. However, the present times are indeed extraordinary, and is it unfair to ask BCCI to show some concern towards millions of citizens suffering at this time?

It is also pertinent to point out a paradoxical situation; at a time when most IPL venues have lockdown like curfews and restrictions and ban on gathering of more than five persons for ordinary citizens, the restrictions announced by the state authorities are not enforced for those participating in IPL.

Would it not be sensible to put a ‘pause’ button on the IPL and merely delay the remainder of the tournament by a couple of months, by which time a larger section of the population is expected to be vaccinated and epidemiologists predict the covid curve to decline?

It would also make eminent sense to shift the reminder portion of IPL to alternate locations like UK or UAE where majority of the population has already been vaccinated and COVID cases are on the decline, or to reduce the venues to one or two locations within India, where there are comparatively lesser number of Covid cases.

Will BCCI show some empathy?

Of course, any decision to reschedule, postpone or cancel IPL would cause huge financial loss to the BCCI, broadcasters, franchisees and sponsors. Besides, there would be added organisational and logistics costs involved.  Which may be why, until now, the BCCI has flatly refused to consider either rescheduling or postponing its marquee event.

It is said that IPL is expected to generate over Rs. 4,000 crores in revenue this year and BCCI’s total net worth is over Rs 14,000 crores. Many are compelled to ask BCCI whether its commercial and financial interests lie above human lives?

In fact, besides putting a temporary pause to IPL, one would also expect the cash-rich BCCI to fulfill its moral obligation of contributing financially and otherwise to governmental and non-governmental agencies fighting the pandemic. One only hopes that the shenanigans at BCCI pay heed to sane voices asking for a temporary pause on the Indian Paisa League.

(The writer is a lawyer and policy analyst. Views expressed are personal).