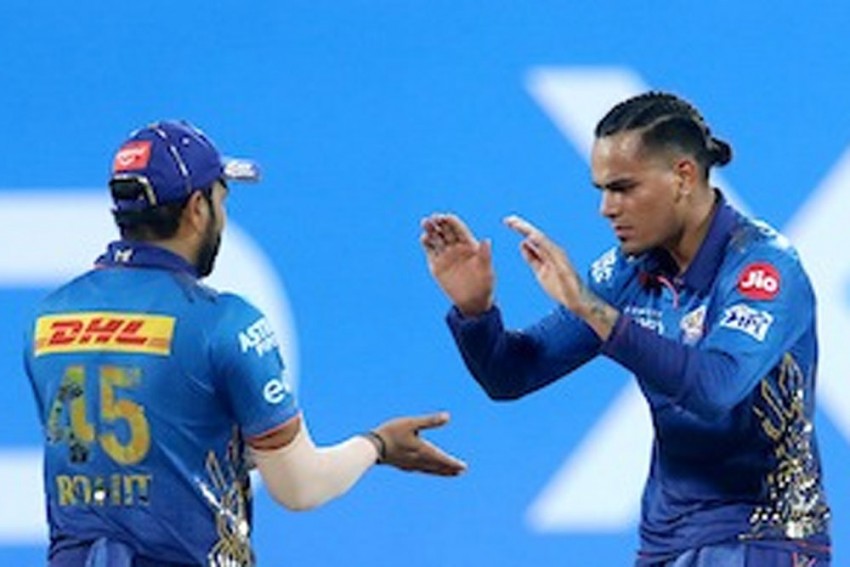 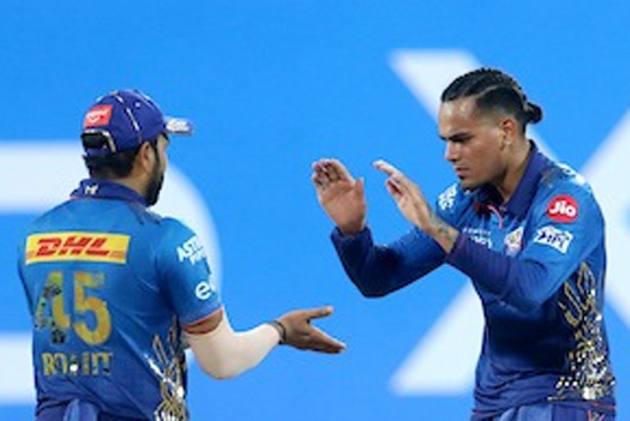 Mumbai Indians (MI) spinner Rahul Chahar produced one of his best spells in the Indian Premier League (IPL) by triggering a sensational Kolkata Knight Riders (KKR) collapse in the fifth match of the 2021 season in Chennai on Tuesday.

Put into bat by KKR skipper Eoin Morgan, the defending champions managed only 152 runs despite Suryakumar Yadav's brilliant half-century (56 off 36) and captain Rohit Sharma's 46 off 32.

KKR even started the chase on rousing a note with openers Nitish Rana (57 off 47) and Shubman Gill (33 off 24) posting 72 runs for the first wicket. Then, none of the following KKR batsmen reached double figures.

After the 10-run win in their second match, Chahar spelled out how he operated against the Knight Riders batsmen. The 21-year-old leg spinner sort of gave a blow-by-blow account of how he dealt with KKR's top three.

In fact, he claimed KKR's top four for figures impressive figures of 4/27 which eventually earned him the man of the match award.

Chahar, who admitted to feeling the pressure when KKR started well, picked the wicket of Rahul Tripathi as his favourite, saying he "was confident" in his abilities.

"There was pressure when they started well and a spinner had to pull it back. I enjoyed Tripathi's wicket. I was confident in my abilities as I have been playing the IPL for 2-3 years," Chahar said.

Chahar was hit for a four and six in the ninth over by Shubman Gill. But the spinner had the last laugh as he had Gill caught at long-off by Kieron Pollard to give Mumbai Indians the much-needed breakthrough. Rahul then got Tripathi's wicket, caught behind with Quinton de Kock completing a brilliant grab in the 11th over.

"I know Gill well, and I also know he can't keep hitting me out of the park on a regular basis. I can spin at 90 kph and that's my strength," Chahar explained.

It was followed with the wickets of Morgan, caught by Marco Jansen deep mid-wicket in the 13th over. Chahar completed his spell in the 15th over with the wicket of Rana, who was stumped while trying to take on the spinner.

"I had an idea about Nitish walking down the track, so I bowled a flipper outside off on the last ball of my spell," Chahar said while also giving credit to his captain and the team. "My confidence is sometimes down, but Rohit shows confidence in me to lift me up. Mumbai Indians takes care of its players during the off season as well, and that's why it is such a special franchise."