Wriddhiman Saha has again tested positive and remains in isolation with an eye on joining the squad bio-bubble in Mumbai on May 25. 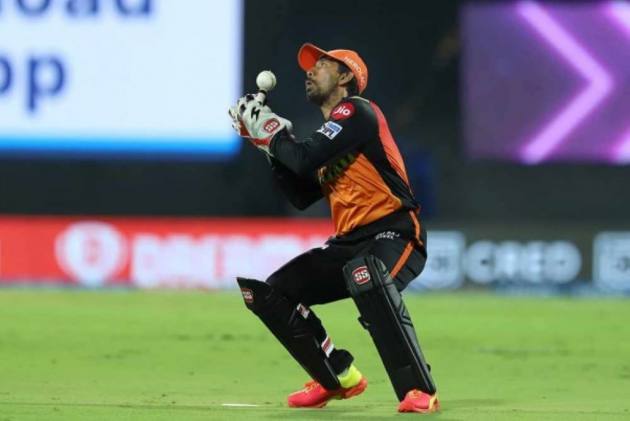 Chennai Super Kings' batting coach Michael Hussey has recovered from COVID-19, paving the way for his return to Australia on Sunday but Sunrisers Hyderabad's Wriddhiman Saha has received conflicting results in two coronavirus tests, prolonging his isolation. Both players had tested positive during IPL 2021, which had to be suspended due to COVID-19 breaching its bio-bubble.

Saha, who has been named in India's squad for the World Test Championship final and the subsequent Test series against England, is hoping to join the squad's bio-bubble in Mumbai on May 25. His inclusion is subject to fitness.

"Hussey has returned with negative RT-PCR results and has recovered well. We haven't yet decided when he is going to fly back and which route he will take -- Maldives or Australia," CSK CEO Kashi Viswanathan told PTI on Friday.

Save Hussey, the other Australians including current players, commentators, coaches and support staff in the IPL took a detour to Maldives where they have quarantined and will be flying back to Australia by Sunday.

In case of Saha, he will continue to be in quarantine after one of his two tests came positive.

"My quarantine period is still not over. Out of the wo tests done, 1 was negative and other one came as positive. Otherwise I am doing much better. Requesting everyone not to spread misleading stories/information without whole context," the Sunrisers Hyderabad player posted his statement on Twitter.