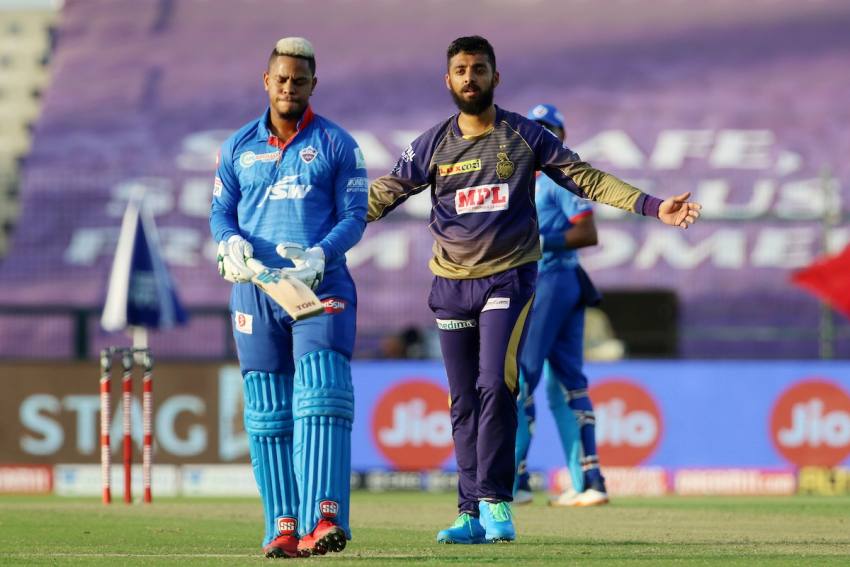 Kolkata Knight Riders duo of Varun Chakravarthy and Sandeep Warrier are doing "fine" and the team is hopeful of returning to action for their next IPL game once the quarantine phase is over, said CEO and MD Venky Mysore.  Points Table | Schedule | News

About seven hours before the start, the IPL match between KKR and Royal Challengers Bangalore had to postponed on Monday after the KKR duo tested positive.
"Difficult times, but I'm happy to report that both Varun and Sandeep are doing well," Mysore told host broadcasters Star Sports.

"We have taken all the precautions that are necessary and have been advised by the medical teams of IPL and KKR and also getting appropriate advice from outside on what the right thing to do is.

"Sandeep, in particular, is doing fine. No temperature, no other symptoms, and he is feeling good. Varun is still a little under the weather, but better than yesterday and both of them are in good spirits."

While the duo tested positive, the rest of the KKR contingent has returned negative.

Now as per protocol, the entire team and the hotel staff are being quarantined for five days with a daily testing schedule ahead of their next match against Delhi Capitals here on May 8.

"The target completion date of this five-day with this daily testing is May 6," said Mysore when asked if KKR will be eligible to be back in action as soon as the quarantine phase is over.

"We should be able to get the results sometime later in the day on May 6 which means that potentially we could even get out that evening for a practice subject to what the coaches want to do and then get ready for 7th and 8th depending on when the rescheduled games would potentially take place."

Mysore said they found out approximately 24 hours ago about Varun testing positive and later in the night they got Warrier's result.

He said the duo was soon isolated on a different floor with different AC ducts to "make sure others are protected".

KKR owner Shah Rukh Khan also caught up on a video call to take stock of how everyone was feeling within the camp.

With five defeats from seven matches, KKR are staring at an early elimination for a third season in row but Mysore was optimistic and drew a parallel with their 2014 triumphant season under their two-time IPL winning skipper Gautam Gambhir.

"If you reflect back to our last championship (in 2014). I don't know if it is a coincidence or it is a good omen or what. Exactly, after seven games, we had the same record (two wins and five losses) and we went on to win the championship," he concluded.