Before the start of IPL 2020 in the UAE, here's a look at unbelievable batting records created by the likes of Virat Kohli, Chris Gayle, Suresh Raina, Shikhar Dhawan, Harbhajan Singh, etc 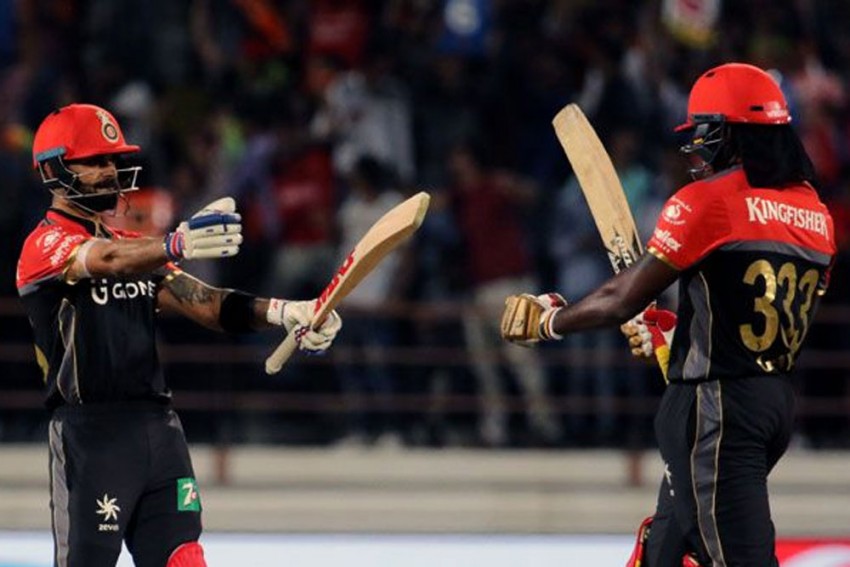 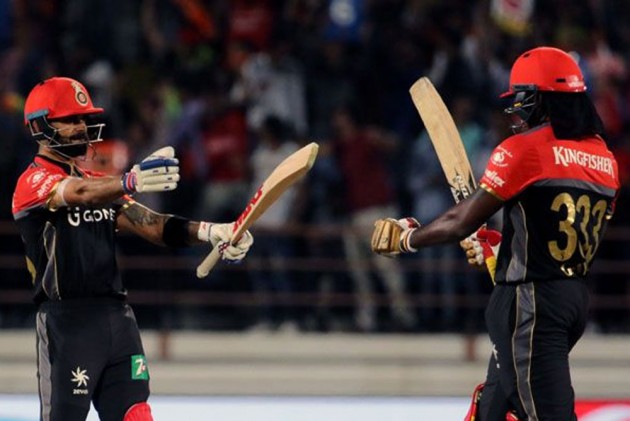 Cricket celebrates batting like nothing else... And in T20, this game of bat and ball has found just the perfect stage to showcase the many talents of a batting star. (More Cricket News)

Before the start of the Indian Premier League (IPL) 2020, here's a look at some of the most fascinating batting records, starting with the most runs in the world's most popular T20 cricket league - Virat Kohli's 5412 in 169 innings.

Here's a look at the top ten batsmen:

As many as 58 centuries have been registered in the tournament of which Indian batsmen have scored 19 and overseas batsmen have scored 34. Royal Challengers Bangalore (RCB) lead the table with 13 centuries, thanks to Gayle, Kohli and de Villiers, followed by Kings XI Punjab with ten centuries. Over the years, RCB have been known as the den of world
class batsmen.

Gayle leads the century count with six, one more than Kohli. Warner and Shane Watson have scored four centuries each, while de Villiers has scored three.

Gayle of RCB in 2011, Watson of Chennai Super Kings (CSK) in 2018 and Hashim Amla of KXIP in 2017 are the three batsmen in the tournament who have scored two centuries in the same edition.

But RCB skipper Kohli is the only batsman in the tournament to score four centuries in the same edition.

Paul Valthaty of KXIP and de Villiers of RCB hold the joint record of scoring most fours in while scoring a century, with 19 each. Overall, there are 33 occasions a century contained ten or more fours.

Two batsmen have scored centuries containing ten or more fours in the final -- Wriddhiman Saha (10) of KXIP and Watson (11).

The tournament has also witnessed two occasions of two batsmen scoring centuries in the same innings -- Kohli and de Villiers, and Jonny Bairstow and Warner.

Then, there are eleven occasions when a batsman’s century ended up in a losing cause, of which three were by overseas batsmen.

There were 61 occasions of batsmen scoring nineties, of which 28 were by overseas batsmen. Warner with five nineties owns the record. Gayle and Glenn Maxwell have scored nineties on two occasions. KXIP batsmen have scored most nineties – twelve, closely followed by Rajasthan Royals – nine.

Raina and Gayle are the only two batsmen to score 99 not out, while Kohli and Prithvi Shaw are the two batsmen to be dismissed on 99. The following table lists the performance of these four batsmen:

As many as 45 batsmen have been dismissed without scoring six times, of those 30 were Indians.

Score more runs and win the match. That's the ultimate dictum ruling cricket, irrespective of the format. That's why there are endless paeans to batsmen.