Before the 2020 Boxing Day Test, India had won seven times in Australia 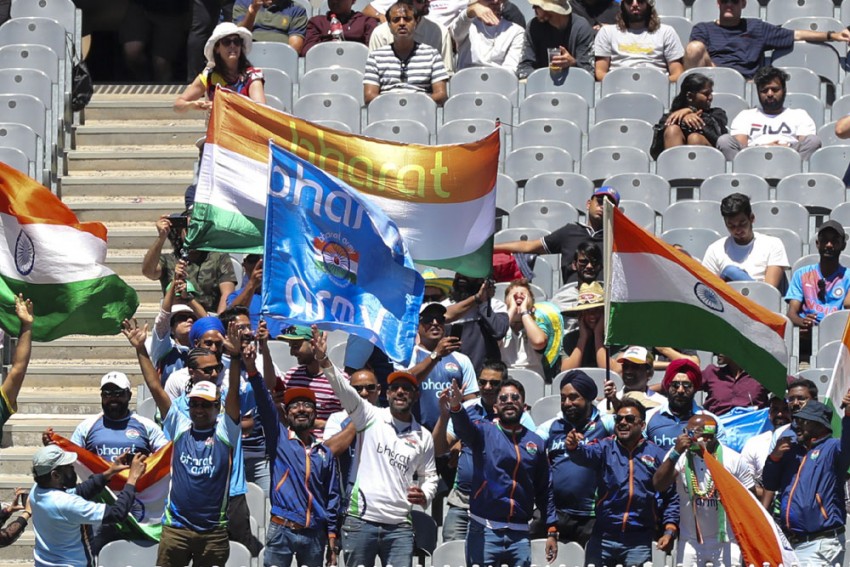 Indian supporters wave flags as they cheer their team on during play on day four of the second cricket test between India and Australia at the Melbourne Cricket Ground
AP Photo/Asanka Brendon Ratnayake
Outlook Web Bureau 2018-12-29T12:37:38+05:30 India's Tour Of Australia: List Of India's Test Wins In Australia

India took just 15.5 overs to wrap up the proceedings of the Boxing Day Test and beat Australia by eight wickets at the iconic Melbourne Cricket Ground on Day 4. This was also India's back-to-back Test wins at the venue.

Before it, India had won seven times in Australia. Here's the list of India Test wins Down Under:

Sunil Gavaskar hit a brilliant 118 in the second innings before spin pair of B S Chandrasekhar and Bishen Singh Bedi took six and four wickets each to bundle out Australia for 164 runs. Chandrasekhar had a 12-wicket haul in the match.

This is one of India's greatest Test wins, courtesy an all-round performance. Indian spinners destroyed Australia after everyone scored runs.

Gundappa Viswanath and Allan Border scored hundreds, but Kapil Dev proved to the difference between the two sides as the legendary all-rounder cleaned up the Aussie tail. India bowled Australia out for 83 in the fourth innings.

Australia rode on Ricky Ponting's magnificent 242 to post massive 556. But India responded with a pas score of 523 with Rahul Dravid (233) and VVS Laxman (148) taking on the Aussie bowlers. Then Ajit Agarkar took a six-wicket haul to dismiss the Aussies for 196 in the third innings.

India found an unlikely hero in Irfan Pathan, who five wickets and scored 74 runs in the match. Dravid missed out a hundred in the first innings, getting out at 93.

Cheteshwar Pujara scored 123 and 71 to set up a memorable win. Jasprit Bumrah and Ravichandran Ashwin took six wickets each in the match.

8. At Melbourne Cricket Ground, by eight wickets in 2020