Meanwhile, both the injured Rohit Sharma and Ravichandran Ashwin have been retained in the squad. 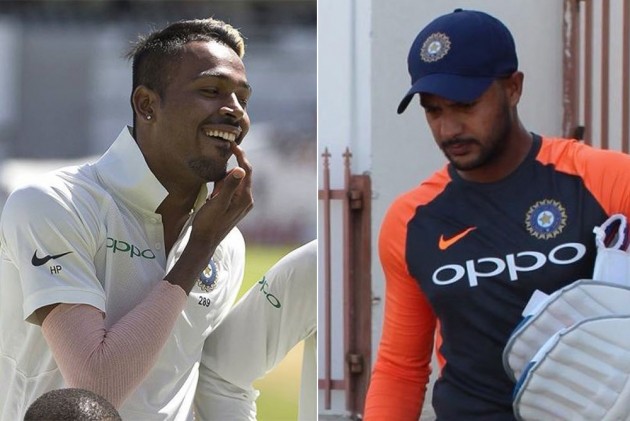 The Board of Control for Cricket in India (BCCI) on Monday drafted all-rounder Hardik Pandya and batsman Mayank Agarwal into the Test squad for the remaining two matches in Australia.

Pandya recovered from a lower back injury which he suffered during the Asia Cup earlier this year. He warmed up for the tour by taking seven wickets and scoring a half-century in Baroda's Ranji Trophy match against Mumbai at Wankhede Stadium.

He is expected to play both the remaining Test matches.

Agarwal has been named in the squad as the replacement of injured Prithvi Shaw. The 19-year-old suffered an ankle injury while going for a catch during the warm-up match against a Cricket Australia XI side.

Agarwal was a part of the Indian Test squad for the West Indies series, which India won 2-0.

Meanwhile, both the injured Rohit Sharma and Ravichandran Ashwin have been retained in the squad.