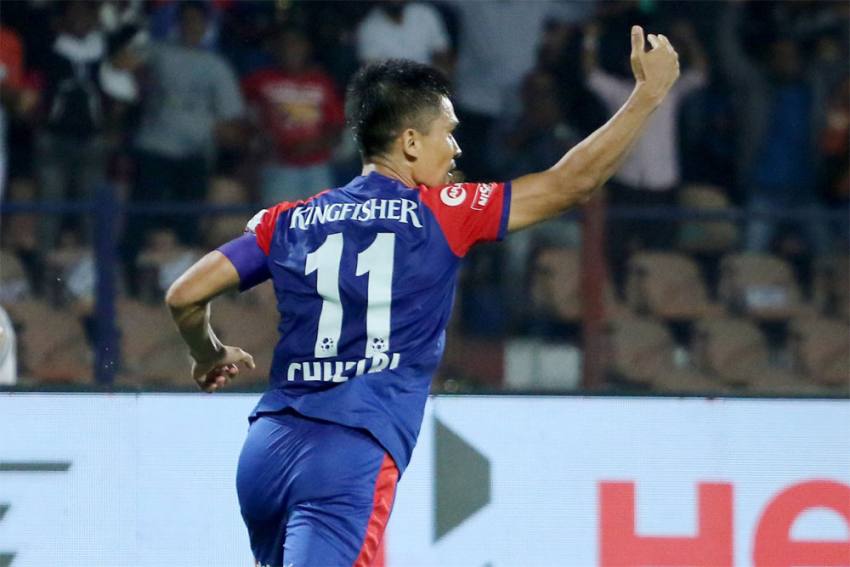 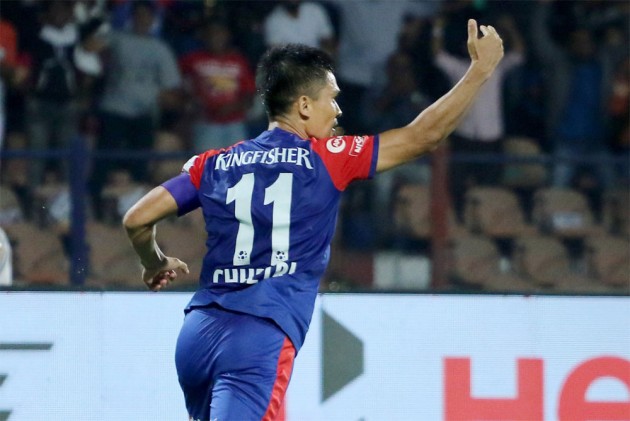 Defending champions Bengaluru FC continued their supremacy over FC Goa with a 2-1 win in an engrossing Indian Super League (ISL) 2019-20 encounter at Bengaluru on Friday.

After a goalless first-half that the visitors dominated, Bengaluru took the lead through captain Sunil Chhetri (59').

Goa equalised through Hugo Boumous (61') only to see Chhetri grab the winner in the 83rd minute, which was Bengaluru's fifth win in seven ISL games against Goa.

The result sees Bengaluru rise to the second spot with 19 points from 11 games, just two shy of FC Goa who continue to top the table.

It were the visitors who saw more of the ball and looked likely to create an opening. However, Bengaluru first tested Mohammad Nawaz in the 11th minute after Rahul Bheke cut inside from the left but his attempt was parried over.

Midway through the half, Boumous got into the thick of action as he dribbled past a few blue shirts to get into the box, but Albert Serran just about won the ball.

However, Ferran Corominas picked up the pieces and went past the two Bengaluru centre-backs, only for a timely intervention from Bheke to clear the danger.

In the 35th minute, from a short corner, Nishu Kumar's long-range drive was palmed away by Nawaz with Mandar Rao Dessai picking up the pieces.

Lenny Rodrigues had the best chance in the first half as he was in a one-on-one situation with Gurpreet but the goalkeeper came off his line to clear to keep the scoreline at 0-0.

Bengaluru started to claw their way back into the game after the restart as the tempo of the game picked up. The Blues’ attackers found a lot of space and troubled the Goan defence on a few occasions before they took the lead in the 59th minute.

Chhetri was left unmarked as Dimas Delgado picked him out from a corner. His powerful header was let in by Nawaz who could not get down in time to keep the ball out.

However, Goa hit back within two minutes. Boumous took matters into his own hands with a driving run down the left before exchanging passes with Mandar and Ferran Corominas. A deft touch from Corominas sent Boumous bearing down on goal and he finished with aplomb to make it 1-1.

The see-saw nature of the game continued with both sides going for the winner. Erik Paartalu saw a header from a corner fly just high while Jackichand Singh found space to shoot inside the area, only to fire wide.

However, it were Bengaluru who grabbed the winner in the 83rd minute after FC Goa failed to clear their lines during a Bengaluru counter. After both Seriton Fernandes and Mandar failed to clear a pass from deep, Chhetri pounced and raced away before tucking a neat finish past Nawaz to seal all three points for Bengaluru.