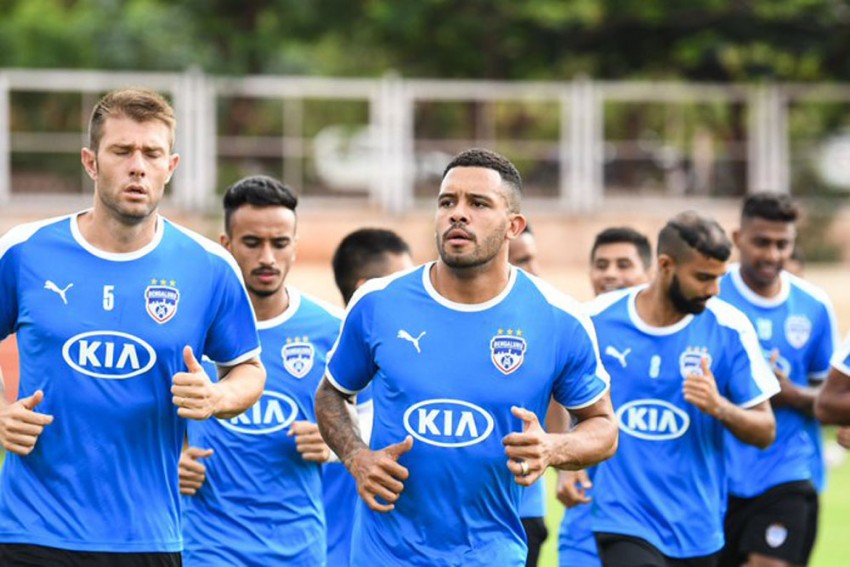 Defending Indian Super League (ISL) champions, Bengaluru FC will be gunning for glory in the 2019-20 season, with Carles Cuadrat hoping to emulate last campaign’s fine display. Led by captain Sunil Chhetri, The Blues are Indian Football’s symbol of hope due to their professionalism, positive mentality and beautiful playing style. Founded in 2013, the South Indian club has played through the structure, debuting in the I-League, winning it in 2013-14 and 2015-16. Entering the ISL fold ahead of 2017-18 season, the club ended as runners-up, which was followed by a title-winning campaign, courtesy a Rahul Bheke stunner in the final. (More Football News)

2017-18: The club ended as runners-up, losing in the title clash to Chennaiyin FC.

2018-19: Caudrat's template led Bengaluru to a fantastic season, finishing as winners after defeating FC Goa in the finale.

The biggest buy after the 2018-19 season has been India national team star, Ashique Kuruniyan, who arrived from FC Pune City for 88 Thousand Euros. The 22-year-old could have a huge impact and is expected to start due to the departure of Miku, meaning Chhetri could play as the main striker, flanked by Kuruniyan and Udanta Kumam.

The Spaniard is arguably the best head coach in India right now, and is way ahead in terms of tactics and strategy. Bengaluru are the most professional club in India, not necessarily because they employ a Spanish system, but much to the credit of Cuadrat -- a Barcelona youth product. Last season, his team marauded past opponents with considerable ease and were deserved winners after missing out on the 2017-18 trophy due to poor luck. Implementing a possession style of play, Cuadrat has built a team, which can dominate any team in India and can win the title once again this time.

The 50-year-old is also heralded as a future India gaffer and could don the role.

The club has India’s best goalkeeper in Sandhu, with an equally able backup in Gill. The backline is also possibly the strongest in the league consisting of the likes of Bheke and Serran. The midfield boasts creativity and can boss any match.

The only problem the team faces is due to the departure of Miku. The Venezuelan scored a bulk of his team’s goals last season and his absence has put the burden on Chhetri. The India skipper is capable of scoring goals, but after having spent last season on the left flank, he might find it difficult to get started.

Bengaluru FC are the favourites to win the ISL trophy this season too. With their fluid passing style and devastating counter attacks, supported by the pace and trickery of Udanta and Ashique, we can expect plenty of chances created for Chhetri, and who knows, he could even end up with the golden boot this time. The team’s primary objective will be to reach the finals, but a semifinal finish will also be splendid.