India Vs Pakistan, Cricket World Cup, 2019: If It's A 50-Over Game At Manchester, Then Advantage Virat Kohli, Says Sunil Gavaskar

India take on Pakistan at Old Trafford in the Cricket World Cup 2019 and World Cup winner Sunil Gavaskar believes that Pakistan are under pressure to win the game. 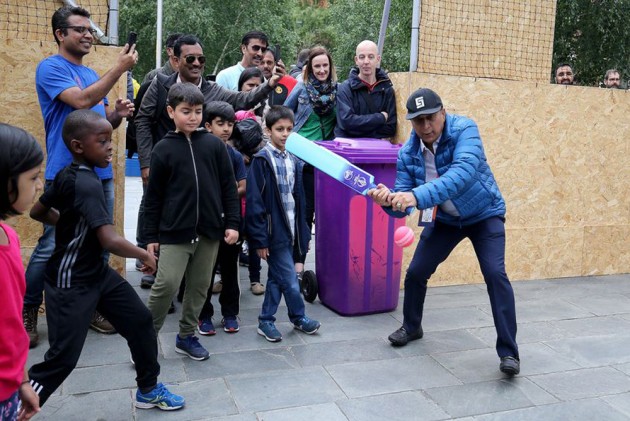 India legend Sunil Gavaskar warned the stakes couldn’t be higher ahead of the mouth-watering clash between India and Pakistan at Old Trafford. Up to one billion people are expected to tune into the action on television, as fans all over the world prepare for one of the biggest events in global sport.

India remain unbeaten going into the game, while Pakistan have just one win in four – though that was again tournament hosts and world No.1 ranked team England.

He said: “It’s a must-win game for them. If they don’t win tomorrow, it’ll be very tough."

“The fact it’s an old rivalry means it will be followed closely by the people of both countries, but Pakistan have had a bit of a stumble so far so there’s probably a bit more pressure on them."

“If it’s a proper 50-overs game I think India have the strength to win."

“But if gets truncated, if it’s a game that gets reduced to 30 overs or less, anything can happen.”

Despite Pakistan’s solitary victory coming against England, Gavaskar tipped the tournament favourites to win the World Cup following their comprehensive eight-wicket win over the West Indies on Friday.

He said: “My favourites for the last three years have always been England."

“Their opening batting and their bowling attack have been fantastic, but I think more than anything else it’s the leadership they’ve got."

“I think they should’ve won the Champions Trophy two years ago as well, but sometimes when it comes to the knockout stages you have one bad day and you are out of the tournament."

“But the way England have been playing and the way they have recovered after losing to Pakistan doesn’t bode too well for the other teams.”