Wade, who opens for Australia in T20s, has never batted at that spot in Tests 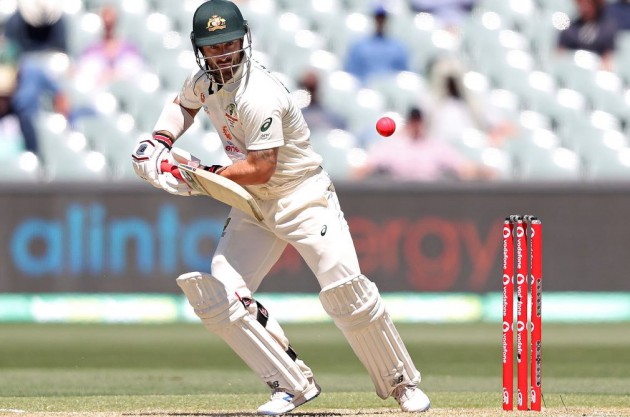 Former Australia captain Allan Border feels the gamble to make Matthew Wade open the innings backfired on the hosts as they were bundled out for 191 in their first-innings of the first Day/Night Test against India here on Friday. Day 2 Highlights | Scorecard | Gallery | News

With star opener David Warner ruled out due to a groin injury and young Will Pucovski, who was primed to open in the first Test, suffering a concussion, the home side elevated Wade to the role of an opener.

Wade started the innings alongside the woefully out-of-form Joe Burns. The two struggled in the middle and could only manage eight runs each before Indian pace spearhead Jasprit Bumrah accounted for both.

Asked if the gamble to go with Wade at the top backfired, Border told foxsports.com.au "Yeah, exactly that."

"It was a gamble because you're shuffling one guy (Wade) from his customary Test match position. Yes, he opens in short-form cricket, but that's a vastly different beast to what they're facing at the moment."

Wade, who opens for Australia in T20s, has never batted at that spot in Tests. His elevation allowed rookie Cameron Green to take the number six spot.

"... Test match cricket on this sort of surface here, you need to have your wits about you and have a background about how to open the batting," Border said.

The 65-year-old conceded that he was hoping to see the prodigious Pucovski open the innings.

"I tended to agree with the gamble in that I didn't see an obvious replacement with Pucovski out, I was hoping he'd be fit to play," he said.

Burns was picked in the playing XI despite his poor run recently. In the two warm-up games ahead of the four-Test series, Burns failed to reach double digits, scoring 4, 0, 0 and 1 in four innings.

"With Burnsy, I mean we were always just worried about that because he hasn't shown any form whatsoever," Border said.

"His footwork, mentally he's a bit short and he's just having no luck. Anyway, the experiment didn't work, we were always worried that would be the case," Border added.