This is the 12th time Dhoni has stumped a batsman off the bowling of Yadav, which one every 2.37 match in ODIs 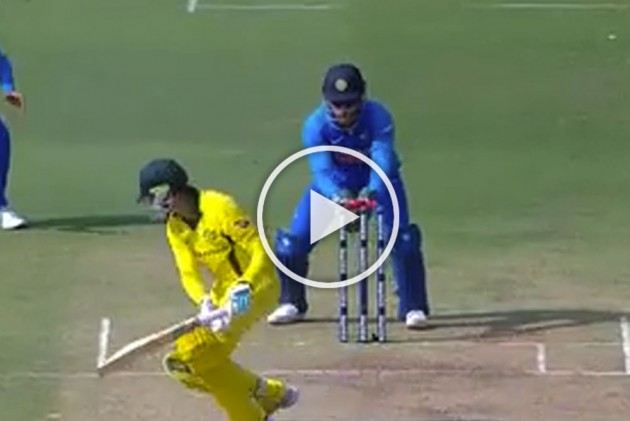 In the 30th over of the Aussie innings, Handscomb came down to play the sixth delivery, but the flighted delivery turned to beat the batsman between bat and pad, leaving wicketkeeper Dhoni to gleefully complete yet another stumping.

In the past, Dhoni has produced many stunning stumpings. Handscomb's dismissal may not be the former India captain's best work behind the wicket, but it sure managed to steal the show from the bowler.

For the record, this is the 12th time Dhoni has stumped a batsman off the bowling of Yadav, which one every 2.37 match in ODIs. Dhoni has done 14 times off Ravichandran Ashwin in 87 matches, 18 times off Ravindra Jadeja in 122 and 19 times off Harbhajan Singh in 137.

Dhoni has a record 120 stumpings for India/Asia in 339 matches. Second in the list is Sri Lankan Kumar Sangakkara with 99 from 404 matches (for SL/ICC/Asia)

Batting first, Australia, thanks to a blistering seven-wicket stand between Alex Carey and Nathan Coulter-Nile, set a target of 237 runs.