The first T20 between India and South Africa in Dharamsala was called off without a ball being bowled. 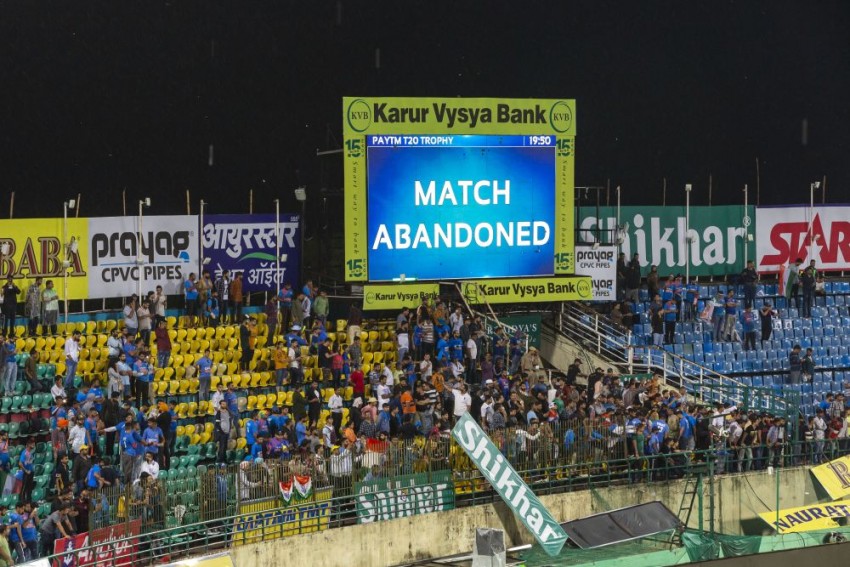 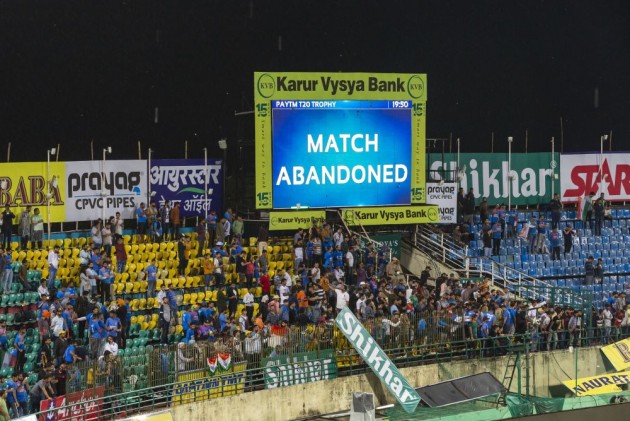 The first T20 International between India and South Africa was abandoned on Sunday (September 15) without a ball being bowled due to heavy downpour that left a near capacity crowd disappointed. (HIGHLIGHTS | CRICKET NEWS)

While there was prediction of a sharp drizzle in the afternoon, the weather forecast was all clear for the evening but heavens opened up multiple times, putting paid to hopes of even having a five-over per side encounter.

A spell of thunder showers happened in the afternoon and by 5:30 pm it seemed that the rain had subsided with the spectators thronging into the stadium.

Just when the ground staff at the HPCA Stadium were working in full force, a second spell completely spoilt the evening as it was clear that even the shortest possible game cannot be conducted in such circumstances with multiple puddles created at the outfield.

The worst sufferer was certainly the common fans, who had come from all the nearby districts as well as from Chandigarh and Delhi to watch the match.

With most of the stands not having any overhead cover, the spectators were seen pulling off the in-stadia hoardings which worked as temporary "umbrellas" to save themselves from getting drenched.

Nowadays, all the matches under the aegis of BCCI are covered under insurance policy and HPCA will not stand to lose any money.

Since the toss was also not held, the viewing public will get a refund of their tickets.

The second T20 International will be played at Mohali on Wednesday while the third and final game will be held in Bengaluru on September 22.