India gave a good account of themselves in the first friendly against Oman with a 1-1 draw but against the UAE, they were clueless 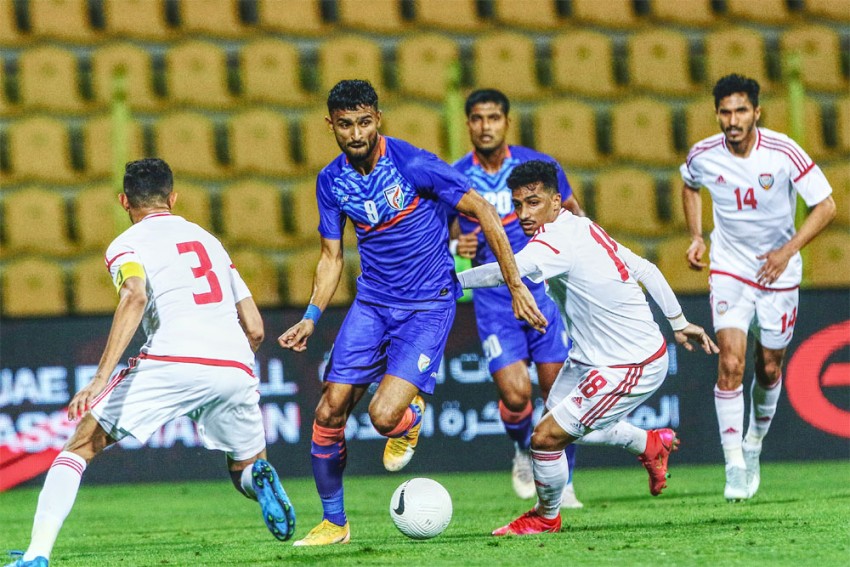 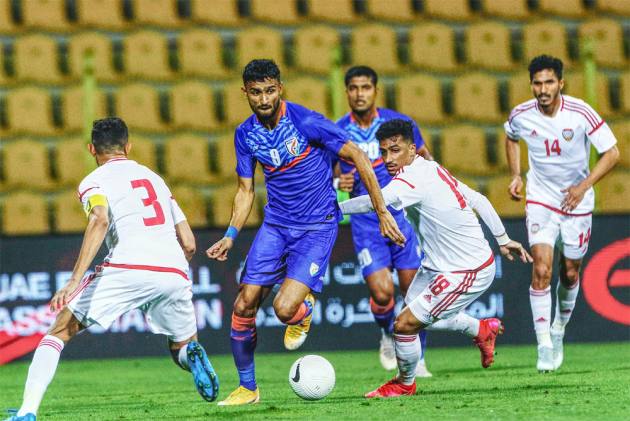 India suffered an embarrassing 0-6 rout at the hands of formidable United Arab Emirates -- their heaviest defeat against the Gulf side -- in the second international football friendly in Dubai on Monday. (More Football News)

Such was their performance that Igor Stimac's side did not even get a single shot on target in one of the most forgettable encounters in recent times.

Striker Ali Mabkhout scored hat-trick with goals in the 12th, 32nd and 60th minutes while Khalil Ibrahim (64th) and Fabio Lima (71st and 84th) added the other three.

India gave a good account of themselves in their first friendly match against fancied Oman on March 25 with an impressive 1-1 draw but against the UAE, they were clueless how to hold the ball, stitch the passes and create chances.

The gulf in the class and technical superiority was all too apparent, though India were without their talismanic skipper Sunil Chhetri, recovering from COVID-19 infection.

The draw against Oman had given a lot of hope to the Indians who are at 104th in FIFA chart against 74th ranked UAE. But it turned out to be one of the most mediocre shows by any Indian side against UAE.

It turned out to be the heaviest defeat against the UAE, obliterating the 0-5 loss in an international friendly in 2010 in Abu Dhabi.

Stimac said just before the match that his players should be able to make quick decision against a much superior and technically far better opponents.

UAE had 67 per cent possession as against India's 33 in the first half during which Ali Mabkhout chipped one over Indian goalkeeper and captain Gurpreet Singh Sandhu and then scored from the spot after Adil Khan handled the ball inside the box.

The second half was no better for India, unlike against Oman when they fought back to equalise, as UAE laid bare the utterly porous Indian defence to pump in four more goals.

After Ali Mabkhout completed his hat-trick at the hour mark, Khalil Ibrahim made a fine finish with a first-time shot in the 64th minute to make it 4-0 before Fabio Lima completed the rout with two more goals in the 71st and 84th minute.

India's only noteworthy move came just before half-time when Liston Colaco, who made his debut on Monday, found Manvir Singh with a superb through ball but the striker's shot was blocked by the onrushing UAE keeper.

The international friendly matches are being played as part of preparations for the joint qualification round of 2022 World Cup and 2023 Asian Cup to be played in June.