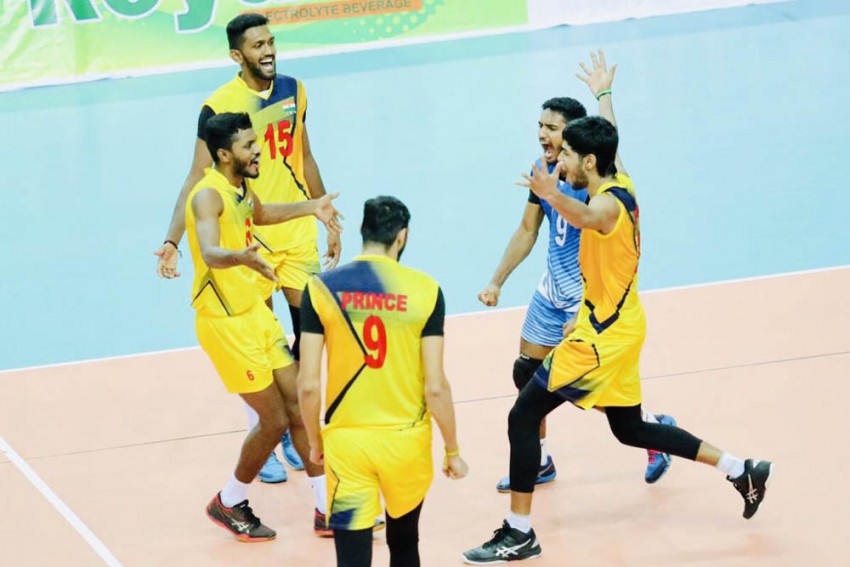 By entering the final, the Indian team also qualified for the upcoming FIVB Men's U-23 Championships.
Twitter
PTI 2019-08-11T09:09:59+05:30 India Defeat Pakistan To Reach Asian U-23 Volleyball Championships Final For The First Time 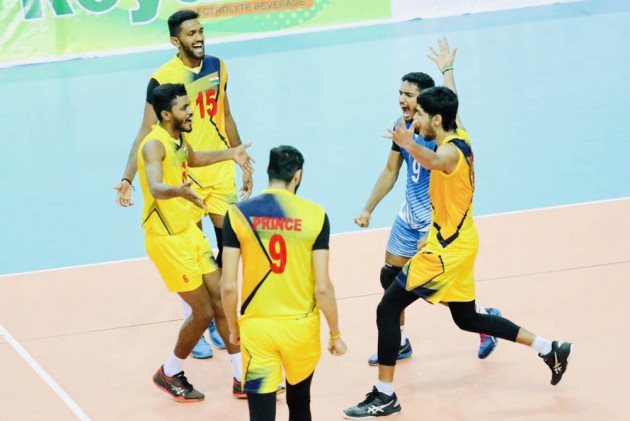 India on August 10 scripted history by booking their maiden berth in the final of the men's Asian U-23 Volleyball Championships by beating Pakistan in the semifinals.

By entering the final, the Indian team also qualified for the upcoming FIVB Men's U-23 Championships.

Pakistan, who came into the match in great form, failed to capitalise on the advantage after winning the first set and conceded the next three sets to a rampaging Indians who secured a comprehensive 3-1 win in the end.

Pakistan won the first set largely untroubled. India did run them close at various stages, bringing the score to 15-16 and 19-20 on two occasions. However, once beyond the 20-point mark, Pakistan did not give anything away to close matters quickly.

India's start to the second set was much more confident than the first as both the key players Shon John and Amit Gulia found their touch. Pakistan was able to match India shot for shot until the 10-point mark after which miscalculations and chaos proved to be the undoing for Pakistan, which allowed India to win the set easily.

The next set once again began on a competitive note with neither side being able to get a lead of more than two points till the halfway mark. However, once again after reaching the 10-point mark, the Indians raised their game by several notches up to put some distance between them and their opponents.

Pakistan made a recovery to level the scores at 18 and 22-point mark. But John once again emerged as the man for coach Pritam Singh Chauhan as he turned the set in favour of India with a series of decisive spikes.

India eventually wrapped things up to take the set 25-18.

Coach Chauhan revealed that the boys were under no pressure despite the match being a knock-out fixture against Pakistan.

"For us, every opposition is the same. Our objective is to win and proceed to the next challenge. We knew our strengths and we stuck to them despite being down 1-0 after the first set," Chauhan said.

"The kind of comebacks these boys have made in the tournament goes on to show how mentally tough they have become in their campaign. As a coach, I cannot ask for more. I am extremely confident that whatever little errors they made today will be ironed out by tomorrow."

Earlier in the day, Chinese Taipei defeated Japan 3-2 in a hard-fought contest to set up a title clash against India on Sunday.