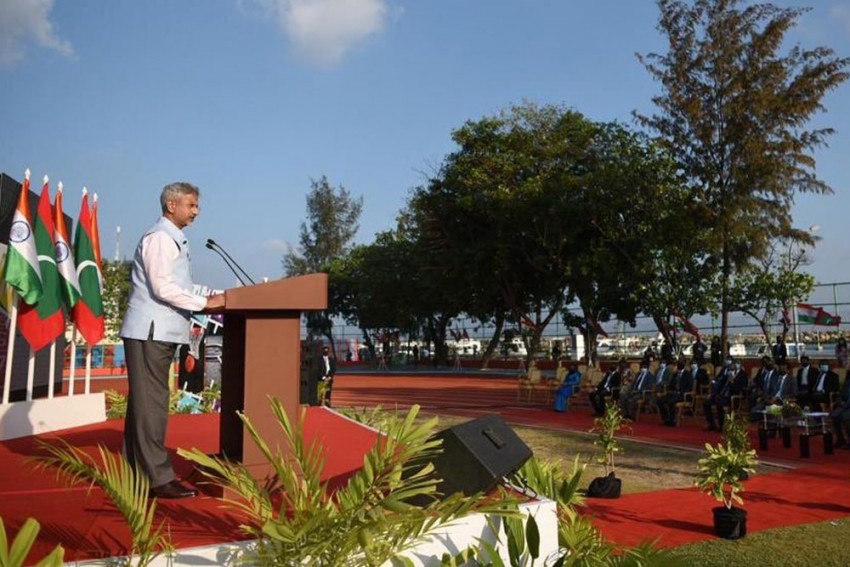 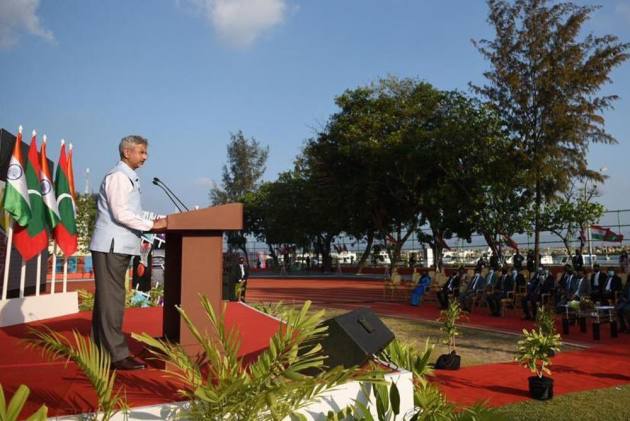 Speaking at an event at the Ekuveni Stadium here, he said that India acknowledges the high priority accorded by Maldivian President Ibrahim Mohamed Solih to sports… and India is privileged to be a partner in that effort.

This modern running track and playground is a very good example of the high-quality social infrastructure that is today being created in the Maldives under the Indian development assistance, he said in the presence of former president and current Parliament Speaker Mohamed Nasheed, his Maldivian counterpart Abdulla Shahid and Sports Minister Ahmed Mahloof.

“This funding (of USD 40 million) is neither for a specific sport nor for a special island. It is for multiple sports facilities across the islands, so that as large a number of our friends in Maldives can benefit as possible. Our cooperation in sports is not new.

"I look forward to the day when I can watch a Maldivian team in a major international cricket tournament," Jaishankar said.

The minister hoped that the new Line of Credit will be signed soon after the formalities are complete.

“Maldives is not just a country of beautiful turquoise waters. Maldives is a young nation and the Maldivian people have tremendous sporting talent. The power of Maldivian youth is also evident in the youthful age of its parliamentarians who are present here today and ministers.

“Maldivians have proven their talent at the Indian Ocean Island Games held in Port Louis in 2019 with a record medal tally and your maiden gold medals in Table Tennis and Badminton,” Jaishankar said, adding that the fastest man in South Asia - Hassan Saaid - is also a proud Maldivian who has received training in India.

It is a remarkable achievement for a country which in a sense is more water than land, he said as he expressed confidence that you will create new records in the IOIG scheduled to be held in the Maldives in 2025.

“Our cooperation in sports is of course not new. India has been involved in coaching Maldivian sportspeople in different games, many of whom won medals in the last Indian Ocean Island Games and South Asian Games.

“India has also commenced a comprehensive cricket coaching programme for your cricketing talent… the coaching programme for coaches and umpires has already taken place and coaching of your 30 member men’s team and 30 member women’s team will commence soon in Chennai,” Jaishankar said, adding that the state-of-art cricket stadium being built at Hulhumale by India, along with a cricket-coaching center, will surely boost cricketing talent in the Maldives.

The Maldives received India-made vaccines within 96 hours of the vaccine roll-out in India itself, he said.

“Today again, I have carried with me another 100,000 doses of COVID vaccine on behalf of the government and people of India. I am confident that when we emerge from the pandemic, we will emerge together with our partnership stronger than ever before,” Jaishankar said.

“While our bilateral relations are multi-faceted, a key dimension is that India is a trusted and reliable development partner. India’s development assistance is aimed at supporting the aspirations of the youth in the Maldives," the minister said, adding that ‘Neighbourhood First is our priority; and in the neighbourhood Maldives is priority’.

It is helping the government of Maldives in building infrastructure, broadening the economic pace and making the economy more robust and resilient, Jaishankar said.

“The abiding faith in democracy is the common thread that binds our two countries.

“India stands beside you on this chosen path of democracy, to assist your development priorities and strengthen your democratic institutions. The end beneficiaries of Indian projects, big and small, are the people of the Maldives. As elected representatives of the people, we seek your support for the successful implementation of these projects which will bring development and prosperity to Maldives and its people,” the minister said.

Jaishankar, who arrived in Male on the first leg of his two-nation tour that will also take him to Mauritius, handed over 100,000 additional doses of COVID-19 vaccine to Foreign Minister and Health Minister Kerafa Naseem.

Earlier, he held talks with his Maldivian counterpart Shahid and discussed the entire gamut of bilateral cooperation, saying India's time-tested relationship with the Maldives is poised to take a quantum jump.