India vice-captain Rohit Sharma was given out caught behind by the third umpire Michael Gough of England against Kemar Roach of West Indies in their ICC Cricket World Cup 2019 group match at Old Trafford, Manchester on Thursday 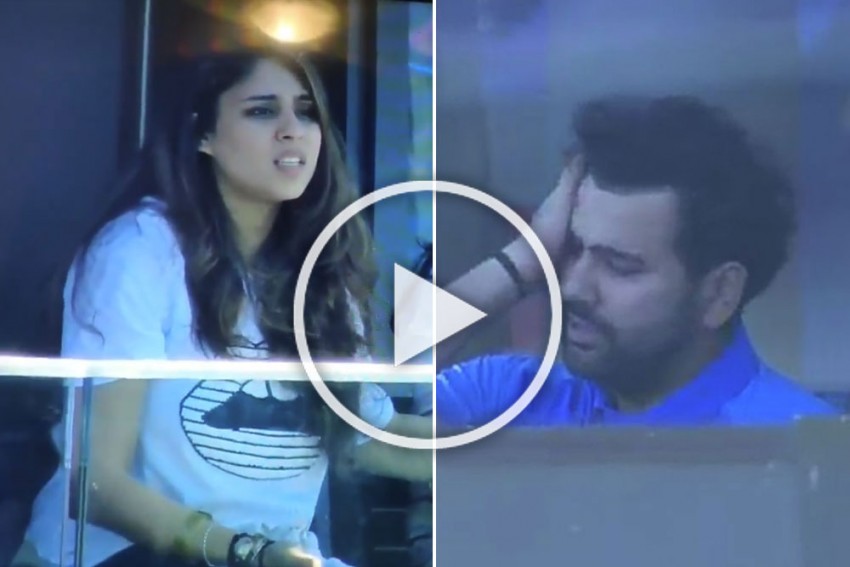 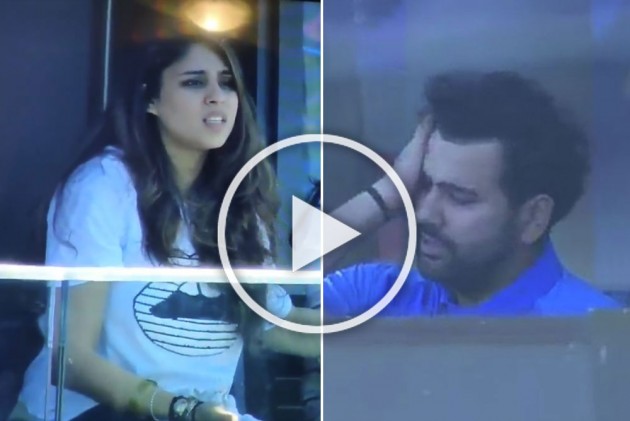 India opener Rohit Sharma was given out caught behind in the most controversial manner during their crucial ICC Cricket World Cup 2019 group match against the West Indies at Old Trafford, Manchester on Thursday. The third umpire's seemingly inexplicable decision, overruling the onfield umpire's not-out decision, triggered a massive online debate, but the most heartfelt reaction came from none other the batsman's wife, Ritika Sajdeh.

India captain Virat Kohli won the toss and opted to bat first. But the newly crowned ODI world number one were stunned when third umpire Michael Gough of England decided to see what others have failed to see, Rohit nicking Kemar Roach's sixth delivery in the sixth over.

After the on-field umpire ignored the claim for a caught behind, the Windies went for a review. There was an obvious spike on UltraEdge, but it was according to fans, off the pad. Gough was was quick to deem it out. Rohit was unconvinced, to say the least. But the reaction from his wife Ritika said it all -- the inexplicability of the situation.

What? All of India at the moment after another very biased decision by #icc umpire #Shame#RohitSharma #INDvWI #CWC19 #TeamIndia #umpire pic.twitter.com/742KslfIJ5

For once I'm not convinced by that third umpire decision. Rohit Sharma wasn't either.

Whats Your Take on this decision of Rohit Sharma?

Did that hit the bat or pad and was it conclusive? @ImRo45 doesn’t think so but the umpire says out and that’s what matters for the West Indies.

#IndvsWI#RohitSharma given out by third umpire after using new technology pic.twitter.com/ppJ4Md0mH7

Rohit entered the match needing two sixes to break MS Dhoni’s record of most maximums for India in ODIs. Both currently have 225 sixes each.