Yuzvendra Chahal, who took a tumble a while releasing the ball, remained on the floor and had a hearty laugh even as India team-mates rushed towards him during their third and final T20I match against Sri Lanka at Pune on Friday 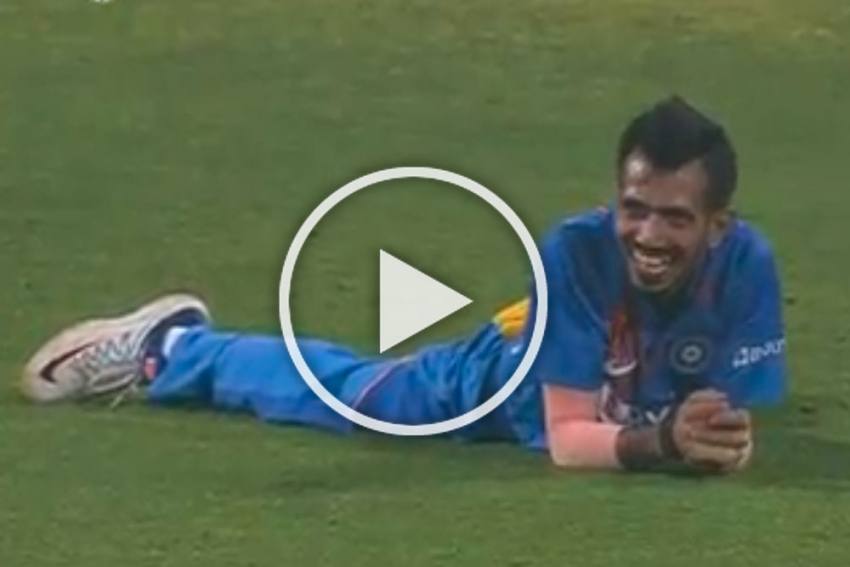 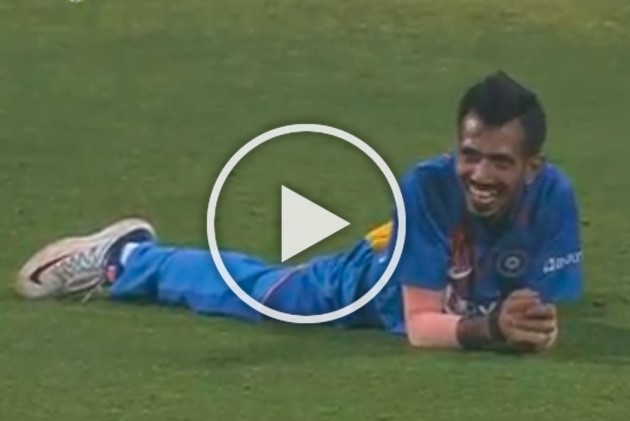 India's ace spinner Yuzvendra Chahal failed to pick a wicket in India's 78-run win against Sri Lanka in the third and final T20I match at Pune on Friday, but he was involved in probably the best moment of the encounter.

In the 14th over of the Sri Lankan chase, Wanindu Hasaranga played the fifth ball, bowled by Shardul Thakur to mid-off. Chahal picked the ball and hit the middle stump at the non-striker's end with a brilliant throw.

Chahal, who took a tumble a while releasing the ball, remained on the floor and had a hearty laugh even as his team-mates rushed towards him.

India were sent into bat by Sri Lanka captain Lasith Malinga but on a flat track, the hosts managed an above-par 201 for 6, largely due to Dhawan (52 off 36 balls) and Rahul's (54 off 36 balls) opening stand of 97 in little less than 11 overs.

Thakur (21 not out off 8 balls) used his long handle to a good effect and Manish Pandey (31 off 18 balls) hardly showed any rustiness adding 37 runs in final 2.2 overs to take the score past 200-run mark.

In reply, Sri Lanka managed only 123 runs in 15.5 overs as there was simply no resistance from the islanders with the gulf in class being so evident in a lopsided contest. Eight Sri Lankan batsmen failed to reach double figures with Dhananjaya De Silva (51) and Angelo Mathews (31) adding 68 for the fifth wicket.

They lost four wickets in the Powerplay overs and there was no coming back from that position. It was primarily due to the pace and bounce generated by Bumrah (1/5 in 2 overs), Thakur (2/19 in 3 overs) and the ever-improving Saini (3/28 in 3.5 overs), who again bowled an unplayable yorker to get Kusal Perera out.