IND vs PAK, T20 World Cup 2021: Why India Have Advantage Over Pakistan

The Indian cricket team ticked a lot of boxes in its two wins in as many warm-up games ahead of the Super-12 stage of the ICC Men’s T20 World Cup 2021. (More Cricket News)

With sufficient game-time for most of the players, the Virat Kohli-led side looks settled in the lead up to its clash against arch-rivals Pakistan in Dubai on October 24.

Pakistan had mixed returns from their two warm-up games. They defeated West Indies in the first match but lost to South Africa in the next. The team is brimming with experience but will have to show nerves of steel against a confident Indian cricket team.

With the top three batsmen — Rohit Sharma, KL Rahul, and Kohli — already confirmed by the skipper, it appears the think tank has zeroed on the middle order with Suryakumar Yadav and Hardik Pandya getting time in the middle in both the warm-up games against England and Australia, respectively.

“Things were different before IPL, now it's difficult to look beyond KL Rahul at the top of the order. Rohit is a no-brainer. World-class player, he's been solid upfront. I will be batting at three. That's the only news I can give to start off,” Virat Kohli said during the first warm-up game against England. (IND v ENG HIGHLGHTS)

Although there are apprehensions about Pandya’s bowling, the all-rounder reaffirmed being the designated finisher. Rohit Sharma (60), who replaced Ishan Kishan as opener in the second match against Australia, showed sublime touch alongside Rahul before retiring out and giving an opportunity to Yadav and Pandya to have a hit.

Rohit scored a rollicking fifty before leaving the ground. And KL Rahul, who made a stroke-filled 51 against England, reprised his attacking role which saw him smashing three maximums in his 31-ball 39 runs. Suryakumar Yadav (38) carried the momentum set by the openers while Hardik Pandya applied the finishing touches to the 153-run target set by Australia. (IND v AUS HIGHLIGHTS)

Ishan Kishan, who made a fluent 70 off 46 balls against England, was surprisingly given a chance to keep the wickets while the first-choice wicketkeeper Rishabh Pant was seen picking up the brain of mentor MS Dhoni on the sidelines during the first innings of the match.

Even though Kishan is in terrific form, it seems unlikely for him to feature in the playing XI when India's campaign begins with the match against Pakistan in Dubai on October 24. Kishan is expected to stay as a backup wicketkeeper-batter.

During the first warm-up game, Kohli made it clear that the team is sorted against Pakistan and they are just giving everyone game time to get back into the groove.

“We are pretty sorted in terms of how we are going to start in the first game (against Pakistan),” Kohli said.

“Outside of that we just want to give the opportunity to guys in these (warm-up) games as much as possible. We will look to give game-time to most of them. The idea is to create some energy and momentum as a team. We have played in different teams recently (in the IPL).”

India used seven bowlers against Australia, but Hardik Pandya wasn’t among them. Leaving everyone dumbfounded, Kohli turned his arm over with two overs of medium pace. This step further suggests that even if Pandya doesn’t bowl he will definitely play as a pure batsman.

Kohli’s deputy Rohit Sharma, however, pointed out that India would want to make sure that the team has a sixth bowling option. Talking about Pandya’s bowling ahead of the second warm-up game Rohit said the all-rounder will be ready by the start of the tournament.

“We want to make sure that we get the sixth bowling option, some options in the batting order as well, we'll try all those things today. Hardik is coming along pretty well, but it'll be a while before he will start to bowl.

"He hasn't started bowling, but he should be ready by the start of the tournament. We have quality in the main bowlers, but you need an option for a 6th bowler,” Rohit said.

Indian tail, too, looks in fine form with both pacers and spinners taking the responsibility. Both Mohammed Shami and Jasprit Bumrah were impressive against England.

Bhuvneshwar Kumar, who conceded 54 runs against England, was handed another chance against Australia. The medium-pacer lived up to the expectations of the team management and finally picked up a wicket in the second game. 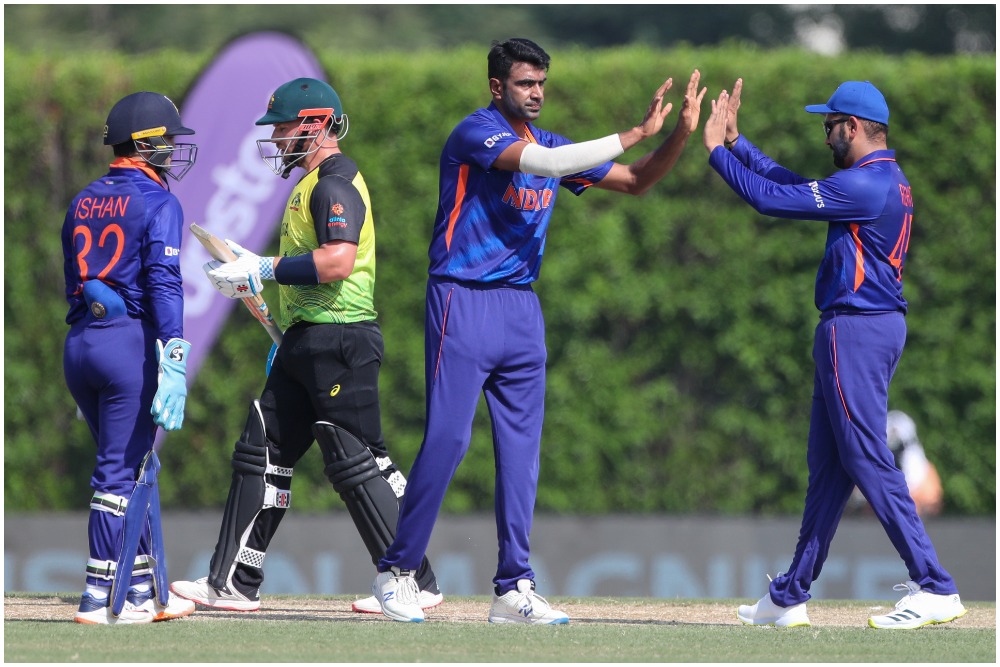 Like Bhuvneshwar, India brought in Ravichandran Ashwin in both the warm-ups. While the off-spinner remained wicketless against England, he picked up two wickets in two overs, as he trapped David Warner and then dismissed Mitchell Marsh.

Coming on the back of the recently-concluded IPL, India have adapted to the T20 World Cup conditions in no time. Kohli, who had stressed the need to adapt, wants his team to keep India as paramount.

“Adaptability is what matters. People play different roles in their IPL teams. It’s about adapting quickly to this team (India) now; who plays where is what matters. We have had success in the past. So we want to create that same energy, fielding is the best place to start I reckon when eleven guys are together.

"The IPL is right up there in terms of level and competitiveness, but this (India) is paramount. Indian cricket is a priority for everyone. That has to be the case."

7 Indians Who Entered Illegally Into US, Released From Custody To Be Deported