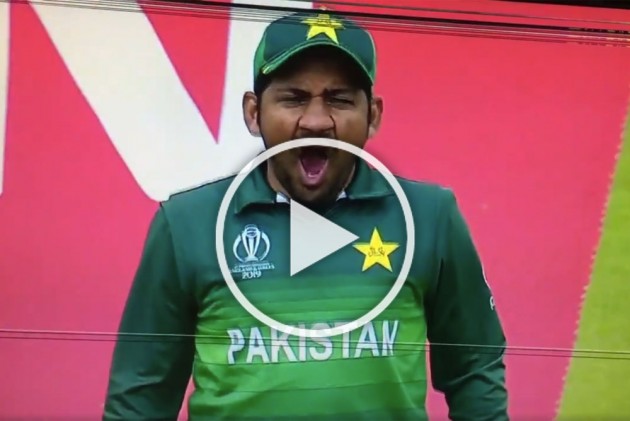 As Pakistan faced a certain defeat against arch-rivals India in the marquee clash of the ICC Cricket World Cup 2019 on Sunday at Old Trafford in Manchester, skipper Sarfaraz Ahmed became the target of fans for his laziness.

The wicket-keeper was spotted 'yawning' behind the stumps after the rain break during the Indian innings, triggering a meme fest on social media, with many fans trolling the Pakistan captain brutally.

@SarfarazA_54 Spread too much laziness over the ground that @imVkohli left from the ground even he was not out.
Anyways 337 is more than enough for Pak ðÂÂÂÂÂÂÂÂÂ#ICCWorldCup2019 #INDvPAK #IndiaVsPakistan #BCCI #AskTheExpert What will you say Viru Paazi @virendersehwag pic.twitter.com/xvX3Wh0nqL

Reaction of a Pakistani fan while watching bowling and fielding of his team... Wait.. it's their captain! ðÂÂÂÂÂÂÂÂÂ #IndiaVsPakistan #INDvPAK pic.twitter.com/QZuoML8tk8