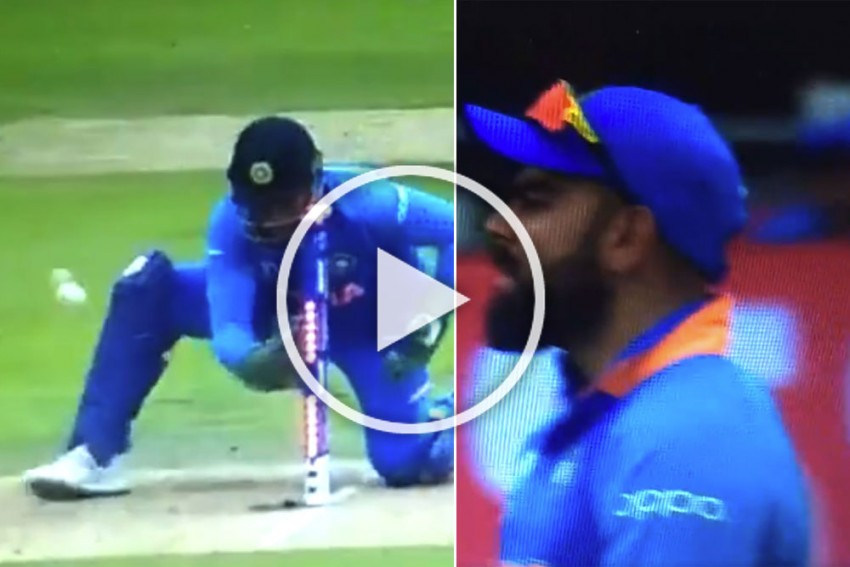 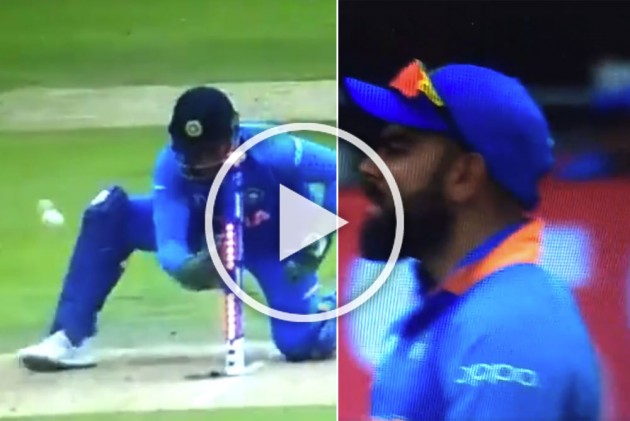 Virat Kohli's on-field aggression is well known. On Tuesday, his predecessor MS Dhoni also got a first-hand experience of India captain's belligerence after missing a run-out chance against New Zealand during the first semi-final of ICC Cricket World Cup 2019 at Old Trafford, Manchester.

In the 26th over of the New Zealand innings, bowled by Yuzvendra Chahal, Ross Taylor played the third ball to short cover and scampered for a quick single. Kohli returned the ball to striker's end with a diving, under-arm throw but Dhoni failed to collect the ball and rival captain Kane Williamson survived.

Also Read: Will India Enter Final Without Batting? All The 'Rain' Scenarios Explained

Williamson finally departed after making a patient 67 off 95 balls in the 36th over. In the process, he overtook Martin Guptill as the leading scorer for New Zealand in World Cup. Williamson has 548 runs in this edition, while Guptill, who made earlier in the innings, made 547 in 2015. They are the only to New Zealand players to have scored 500+ World Cup scores.