Virat Kohli will lead India against New Zealand in the first semi-final of the ICC Cricket World Cup 2019 at Old Trafford, Manchester on Tuesday 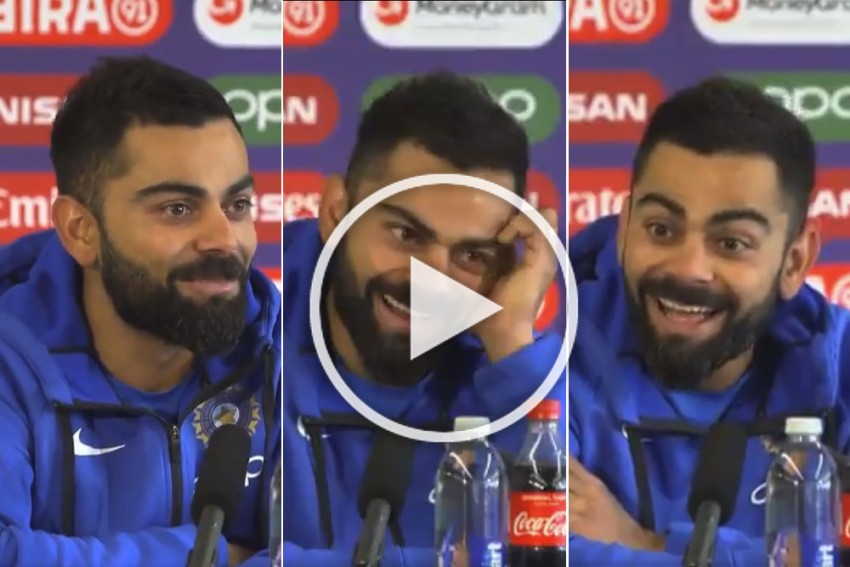 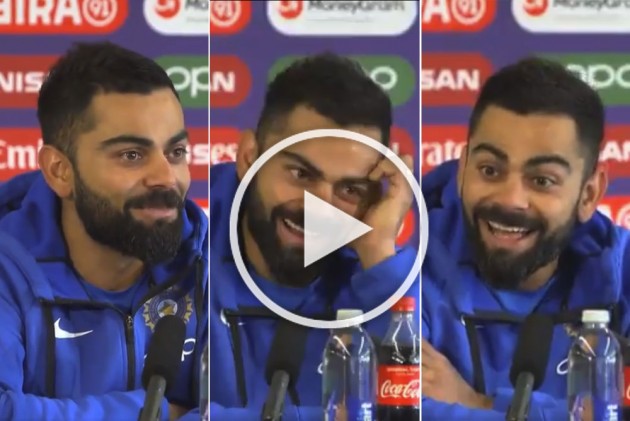 Virat Kohli vs Kane Williamson! This is probably the most fascinating aspect of the heady build-up ahead of the first semi-final of the ICC Cricket World Cup 2019 between India and New Zealand, to be played at Old Trafford, Manchester on Tuesday.

They grew in stature and spread their wings in international cricket together but rival captains Kohli and Williamson could never have imagined leading their sides in another World Cup semi-final, this time the senior one.

The photos of 18-year-olds Kohli and Williamson prior to the U-19 World Cup semi-final in 2008, was released by the ICC and it immediately went viral.

They are as different as chalk and cheese. Kohli carries the burden of a billion hopes and is always under focus, while Williamson gives the impression of an under the radar character with vibes of a 9-5 corporate job.

But one thing that unites them is the mutual respect that champions have for each other as they fondly recollected their journey.

"It's not even 2008, I remember 2007 we went to New Zealand and we were playing an U19 Test match and he (Williamson) played a shot off one of our fast bowlers, who was quick, off the back foot," Kohli remembered.

"I remember standing in slips and telling another guy, 'I have never seen anyone play a shot like that' and he was special.

"He was always that stand-out player and had special ability to go all the way and he's a lovely guy. We get along very well," the Indian captain said, terming his opposite number and Ross Taylor as main players in rival ranks.

Also Read: Rohit Closes In On Kohli At Top Of ICC ODI Rankings

Williamson, on his part, felt that he always knew that Kohli was destined for success.

"He was a formidable player, growing up -- that seems odd to say because we were at the same age playing against each other on a number of occasions and then to go into international cricket at a youngish age, then IPL and these different sorts of things," the Black Caps captain said.

"So it's obviously been a pleasure watching Virat play and evolve into the superstar that he is."

When reminded that Kohli had dismissed Williamson in that World Cup semi-final with his awkward seam-up stuff, both had a hearty laugh.

"I got Kane's wicket? Did I? I don't know if that can happen again now," Kohli said as everyone started laughing.

Williamson's reaction was even more humourous.

"Oh dear. Tell me how (laughter). He used to be an all-rounder I think back in the day, but hasn't bowled as much recently," he said.

Kohli said that he will make sure that Williamson "remembers that dismissal".

"Actually, I'll remind Kane also. I am sure he remembers, when we meet tomorrow I'm going to remind him. It is quite a nice thing to realise that after 11 years we are captaining our respective nations again in a senior World Cup from U19," Kohli said.

Williamson though haven't put much thought into that subject but certainly finds it "cool".

"Yeah, I actually hadn't thought about that at all so I guess that's kind of cool, isn't it, that a few years later, we're here again, perhaps on a slightly different stage, but pretty special and a lot of respects to being able to lead your country out in a semifinal on the biggest stage," said Williamson.