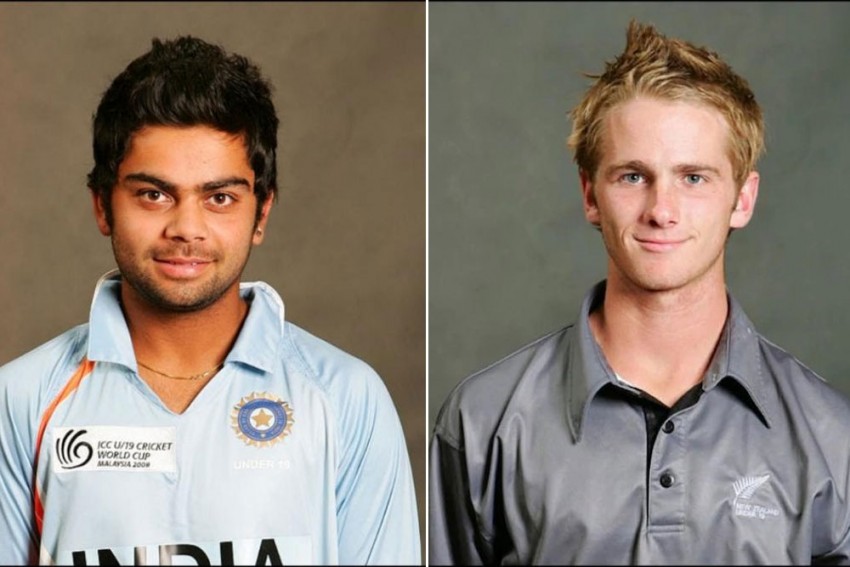 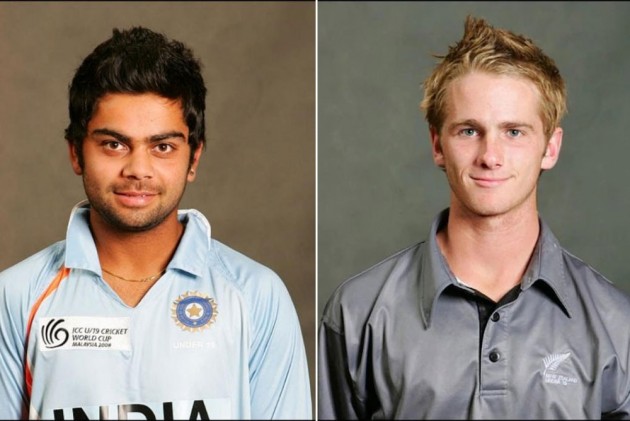 Even Virat Kohli admits he could never have predicted that he and Kane Williamson would be lining up against one another as captain in an ICC Men’s World Cup semi-final, 11 years after doing so at Under-19 level. It was in the unusual setting of Malaysia that the pair led their respective sides in back in 2008, an occasion notable for Kohli dismissing Williamson in a three-wicket success.

Since then, the pair have combined to score 33840 international runs and 99 centuries, and they will carry the hopes of their nations on their shoulders at Old Trafford on Tuesday.

It has been quite a journey since that meeting, but for Kohli, the first indication that Williamson was a special batsman came a year earlier on an Under-19 tour of New Zealand.

He recalled: “I remember in 2007 we went to New Zealand and we were playing an Under-19 Test match and Kane played a shot off one of our fast bowlers, who was quick, off the back foot.

“I remember standing in slips and telling guys standing at slip: “I have never seen anyone play a shot like that,” and he was special, along with a couple more guys, which didn't make it surprisingly.

“But he was always the stand-out player and you could see when we played New Zealand in New Zealand on that Under-19 tour and the World Cup again he was quite special for them.

“So we always knew he has the special ability to go all the way and now he's controlling the tempo of the game for New Zealand every game that he plays and he's contributing so well.

“He's a lovely guy. We get along very well. So he's always been the main guy for them, along with Ross (Taylor), who has performed really consistently as well. Those two guys have shared the load so far and a lot will depend on them obviously because they have been playing well and getting both of them early will be crucial because we know how strong they can be together in a partnership.

“I'll remind Kane (about 2008), I'm sure he remembers. It is quite a nice thing to realise that 11 years later we are captaining our respective nations again in a senior World Cup from Under-19s.

“It's a really nice memory and we'll both feel good about knowing that this is happening and no-one, neither me nor him, could have ever anticipated that one day this will happen.”

NOT NORMAL FOR KOHLI

It has been an unusual World Cup for Kohli, who has scored consistently but not yet made it to three figures. Instead Rohit Sharma has led the way with a record five centuries to help India to top spot at the end of the group stages.

Kohli remains top of the ICC’s Men’s ODI batting rankings, just ahead of Sharma, but the captain believes his opener has now established himself as the best white-ball player in the world, with Kohli happy to play a support role alongside him.

“It's great that Rohit is scoring so consistently which means that coming in the later half of the innings you have to play a different role which is controlling the middle overs and letting guys like Hardik (Pandya), Kedar (Jadhav), MS (Dhoni) in the past few games, and now Rishabh (Pant), come out and express themselves.

“I think playing a team sport you need to adapt and I'm very happy doing that role and I hope he gets two more so we can win two more games. It's an outstanding achievement.

“I have never seen anyone get five hundreds in a World Cup, or any tournament.

“He has been outstanding and he deserves all the credit. According to me, he is at the moment the top ODI player in the world.”