Australia captain Aaron Finch smashed 153 against Sri Lanka at The Oval, London to record the joint-highest score of the ICC Cricket World Cup 2019 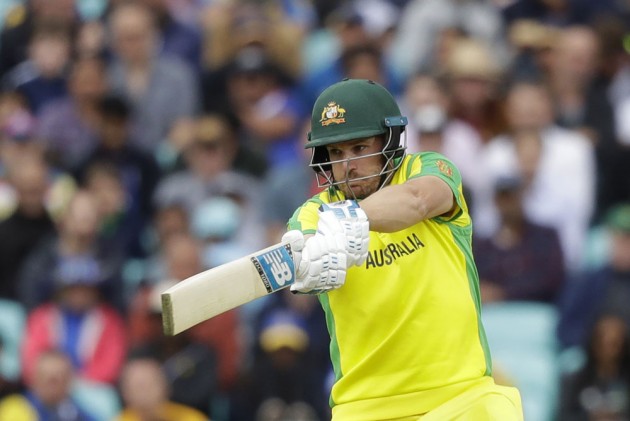 Australia captain Aaron Finch smashed 153 against Sri Lanka at The Oval, London to record the joint-highest score of the ICC Cricket World Cup 2019 on Saturday.

Finch, who has also made the most runs in this tournament having accrued 343 in five innings, blasted five sixes and another 15 fours in a 132-ball knock as Australia piled on the runs.

The opener was eventually dismissed when he skied a slower ball from Isuru Udana straight into the air to give Dimuth Karunaratne a simple catch at cover.

Australia end their innings on 334/7!

Skipper Aaron Finch was their star with the bat, scoring 153 – the equal highest individual score of #CWC19 so far. pic.twitter.com/ws0yiAv6l6

That total meant the Australian emulated England opener Jason Roy's World Cup knock against Bangladesh one week ago, while Finch also equalled his own best ODI score having made an unbeaten 153 against Pakistan in the United Arab Emirates in March.

Finch had put on 80 with David Warner (26) in their opening stand before he combined in a third-wicket partnership worth 173 alongside Steve Smith (73).

Australia managed 334/7 in their allotted 50 overs.