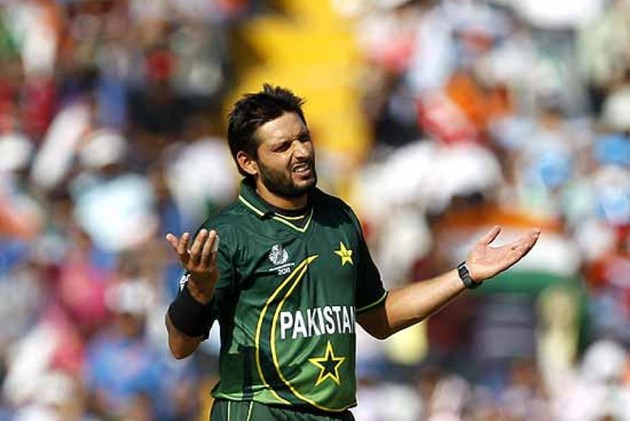 Known for making anti-India statements, former Pakistan captain Shahid Afridi has once again touched open Kashmir, saying it was his duty to speak up against injustices anywhere in the world. (More Cricket News)

In a sensational speech during a Pakistan occupied Kashmir (PoK) visit in May, Afridi compared Indian Prime Minister Narender Modi to coronavirus.

In a widely circulated video, Afridi is heard saying "the world is infected by a deadly disease, but what's more dangerous is in Modi's heart and mind."

This was not the first time that 40-year-old had raised the issue of Kashmir. In fact, he had been involved in a number of Twitter wars over the Kashmir issue with former Indian cricketer Gautam Gambhir.

While talking to Cricket Pakistan.com.pk, Afridi defended his statements saying, "Every religion teaches us about humanity and being good human beings. It is not about any religion or country for me I have always spoken up when there has been injustice."

He also said his skirmishes with Gambhir occurred on the field when they played against each other but it should remain there.

“... such things shouldn’t influence your daily life and outside the field we should all be good friends," he added.

Meanwhile, Afridi feels that a drawn Test series against England will be as good as a victory for Pakistan.

"English conditions are difficult when it comes to Test matches. I have high hopes from our team and I think even if they can draw the series, it would be equal to winning," Afridi said.

Pakistan will start their Test campaign on Wednesday at the Ageas Bowl in Southampton.

He also noted that head coach and chief selector, Misbah-ul-Haq, batting coach, Younis Khan, bowling coach, Waqar Younis and spin coach, Mushtaq Ahmed had loads of experience of playing in England. And the legends will help the visitors beat a formidable English side.

"I think the presence of this management is a big plus for our team and I am confident that these former stalwarts will be able to guide the players well session to session in the Tests," he added.