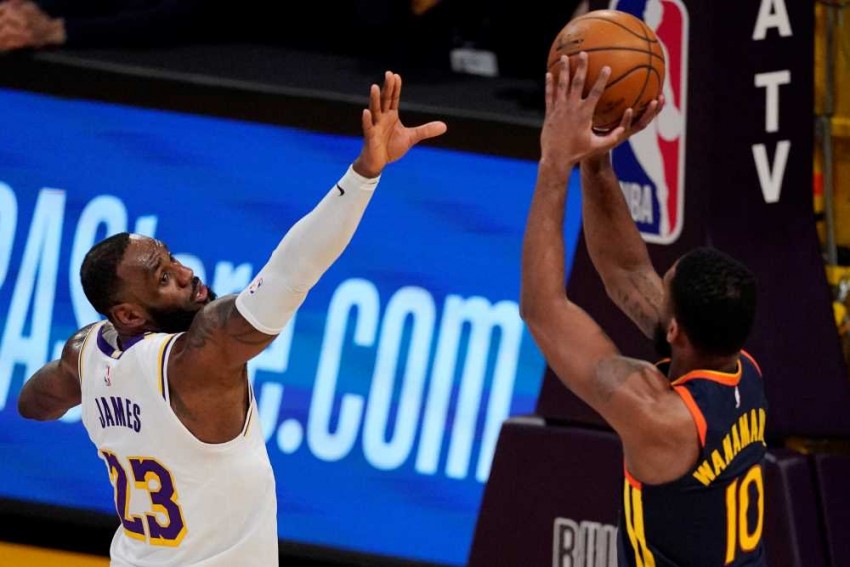 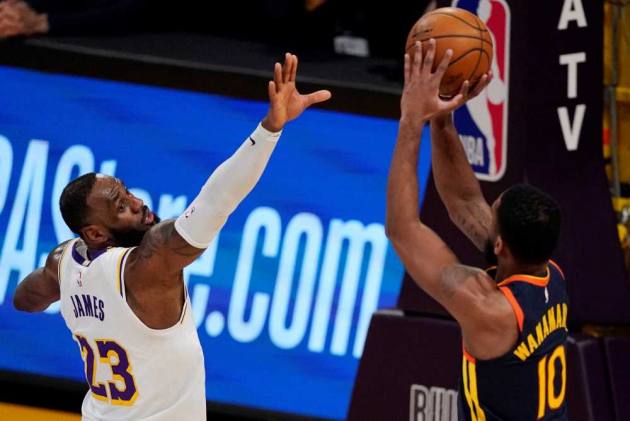 Giannis Antetokounmpo starred as the Milwaukee Bucks rallied past the Los Angeles Clippers 105-100 in NBA action on Sunday.

Antetokounmpo posted 36 points – 17 in the final quarter – 14 rebounds and five assists for the Bucks, who used a game-closing 9-0 run to extend their winning streak to five games.

Two-time reigning MVP Antetokounmpo became the first Bucks player with 35-plus points in four consecutive games since Kareem Abdul-Jabbar in 1973.

James scored 19 points in his milestone game – the four-time NBA champion becoming the 23rd player in league history to appear in that many regular-season contests.

Bradley Beal put on a show with 46 points for the Washington Wizards, who still narrowly lost 111-110 to the Boston Celtics. In his last three games in Boston, Beal has tallied 44, 41 and 46 points. According to Stats Perform, he is the first player to score 40-plus points in three successive road games against the Celtics since Abdul-Jabbar between 1970 and 1971.

The Memphis Grizzlies crushed the Houston Rockets 133-84. On February 1, the Grizzlies won at the San Antonio Spurs by 31 points while they humbled the Rockets by 49 on Sunday. They are the second team in NBA history to have two 30-plus point road wins in the same state in the same month, according to Stats Perform. The other team was the Washington Bullets (now known as the Wizards) in 1968.

Last 3 games at Boston for Bradley Beal of the @WashWizards:

He's the first player to score 40+ points in 3 straight road games against the Celtics since Kareem Abdul-Jabbar did it from 1970 to 1971.

Devin Booker recorded 43 points, while Deandre Ayton (22 points and 10 rebounds) and Chris Paul (11 points and 15 assists) contributed double-doubles in the Phoenix Suns' 118-99 success away to the lowly Minnesota Timberwolves.

John Collins' 34-point, 10-rebound double-double was not enough for the Atlanta Hawks, who went down 109-99 to the Miami Heat.

P.J. Washington's 42 points helped the Charlotte Hornets edge the Sacramento Kings 127-126. Sacramento led by eight points with just over a minute remaining before Charlotte rallied at the death.

The Rockets have suffered 11 consecutive defeats after being embarrassed by the Grizzlies. Houston are now riding their longest losing streak since a 15-game skid in 2001.

All-Star pair Kawhi Leonard (25 points and nine rebounds) and Paul George went cold in the final quarter for the Clippers. Leonard and George combined to shoot three-for-15 and scored just six points in the fourth period against the Bucks. The Clippers were scoreless over the final four minutes of the game.

Giannis with the slam!

It was a masterclass in Milwaukee, where Antetokounmpo flexed his muscles with a monster dunk during the closing stages.

@Giannis_An34's slam and reax from EVERY ANGLE!

After their eight-game winning streak came to an end in the absence of Kevin Durant and Kyrie Irving on Saturday, the high-flying Brooklyn Nets (22-13) will look to bounce back against the Spurs (17-12) on Monday.