Wearing the famed golden No. 10 Brazil jersey, Richarlison scored a hat trick inside the opening half hour against Germany 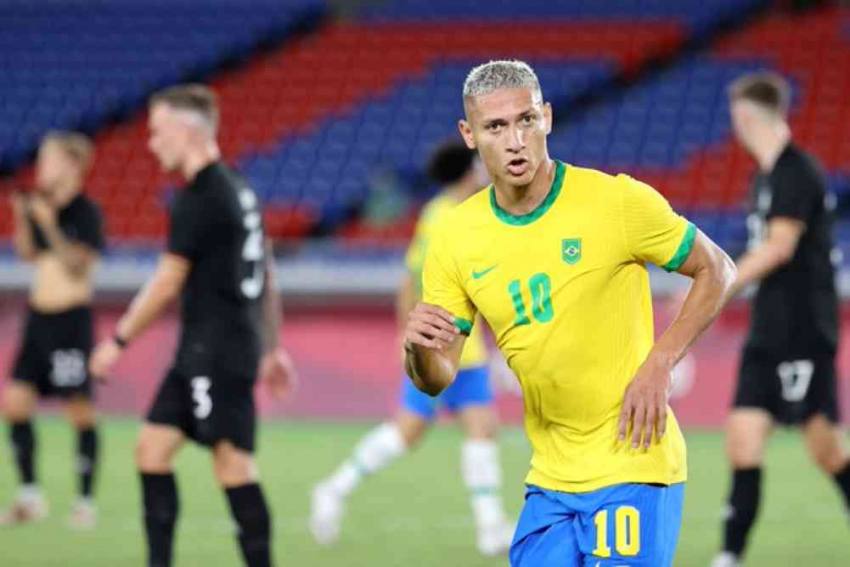 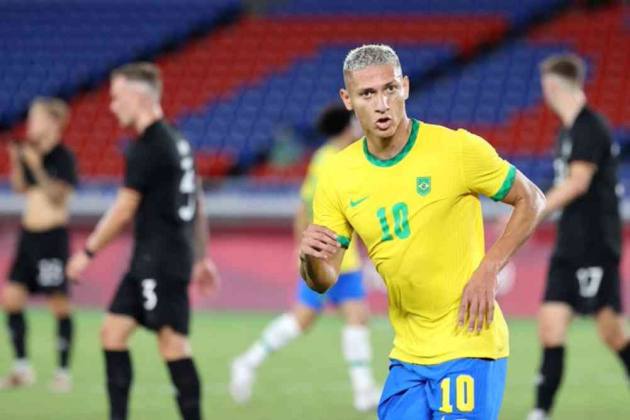 The jig of joy seven minutes into his Olympic debut showed just why Richarlison was so determined to be allowed by Everton to come to Japan. (More Football News)

Even if it meant doing double duty with Brazil and extending the season even further and delaying his entry into the new English club Premier League campaign.

Just 11 days after losing the Copa America final to Argentina in Rio de Janeiro and now 10 time zones away with Brazil’s under-23s team, Richarlison scored a hat trick inside the opening half hour against Germany on Thursday.
It helped Brazil open the men's soccer tournament with a 4-2 victory.

And it started in the 7th minute by netting the rebound after his initial shot was blocked by Germany goalkeeper Florian Müller before leading his teammates into a dance.

It needed the players to create as much atmosphere as possible with only artificial crowd noise in Yokohama as the pandemic shut spectators out of this 70,000-plus capacity stadium.

Richarlison didn't wait long to celebrate again — heading past Müller in the 22nd and curling in a third in the 30th.

It was a cushion that ensured Brazil withstood Germany's attempt at a comeback in the second half when Nadiem Amiri and Ragnar Ache reduced the deficit to 3-2. There would be no equalizer with Paulinho's goal deep inside stoppage time completing Brazil's victory.

It gave Brazil the early lead in Group D over Ivory Coast, which beat Saudi Arabia earlier in the same stadium with a 2-1 victory clinched by AC Milan midfielder Franck Kessie.