The 13-member group, comprising mostly of Spaniards, made a quiet exit from India in the wee hours of Tuesday by a specially-arranged Dutch Airlines flight from New Delhi 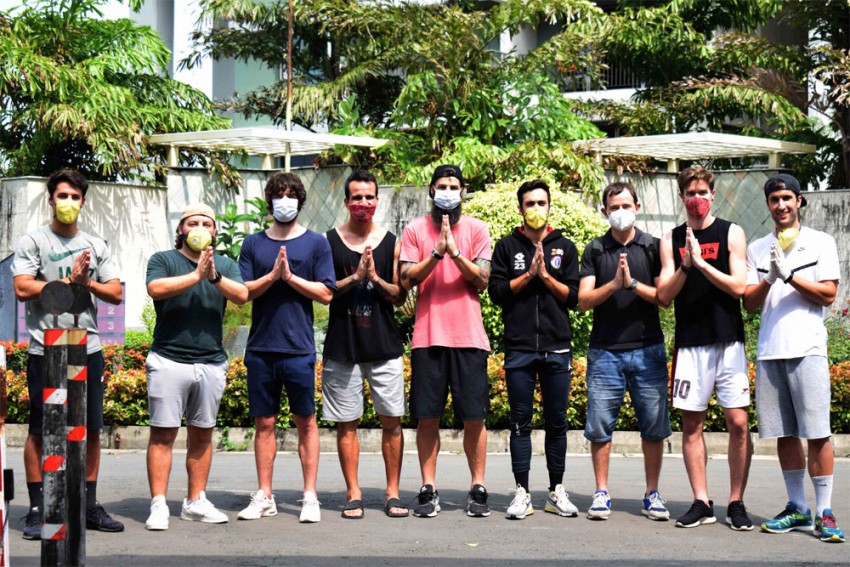 They were stranded for more than a month.
Courtesy: AIFF
PTI May 05, 2020 00:00 IST Foreign Recruits Of Mohun Bagan, East Bengal Finally Return Home 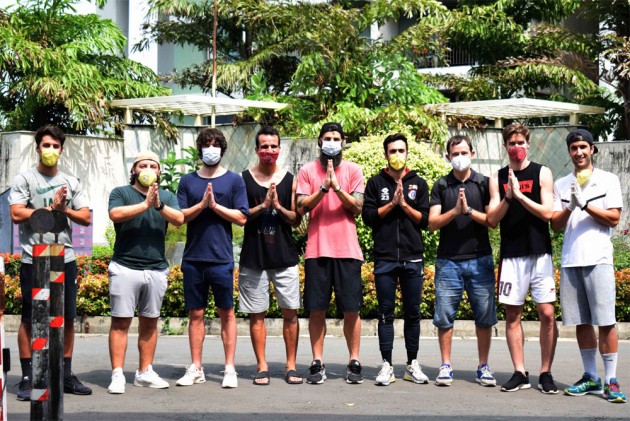 Stranded for more than a month due to nationwide lockdown, the foreign players of Mohun Bagan and East Bengal, along with their coaches, on Tuesday left for their homes following an arduous 29-hour bus ride from Kolkata.

The 13-member group, comprising mostly of Spaniards, made a quiet exit from India in the wee hours of Tuesday by a specially-arranged Dutch Airlines flight from New Delhi. They will travel to their respective homes from Amsterdam.

Kibu Vicuna, who guided Mohun Bagan to I-League title, said he would love to return soon to celebrate the success with football-crazy Kolkata fans. Vicuna-coached Mohun Bagan won their second I-League title with four rounds left before the I-League came to an end because of coronavirus-forced lockdown.

"When normalcy returns, I would love to come back and celebrate with all the players, fans, club officials and members," the Spaniard was quoted as saying by the official website of All India Football Federation just before departure.

"None of us ever really got the opportunity to say our goodbyes properly. It was all over the phone. I am a person who likes to do this kind of thing face-to-face," he added with a tinge of regret.

The 48-year-old got the success in his very first season in India but ironically he had to leave the club which was acquired by Indian Super League winning ATK, a team coached by Antonio Lopez Habas.

"It has been a fantastic year for me -- both personally and professionally. I feel I now feel complete as a coach. When we won that last match against Aizawl, we were so happy. We all celebrated with the fans," said Vicuna who will coach ISL side Kerala Blasters this coming season.

There was the return-leg derby left but the COVID-19 pandemic by then had stalled all the sporting activities, including I-League.

"The Derby was still at the back of our minds, but we would never have thought that that would have been our last match," the Spaniard said.

"I would like to thank all the fans of Mohun Bagan. We got so much love throughout the season, it’s absolutely unbelievable. I feel like I am leaving a piece of my heart back in Kolkata."

I Am Not Jealous Of You: Harbhajan Singh Tells Ravichandran Ashwin