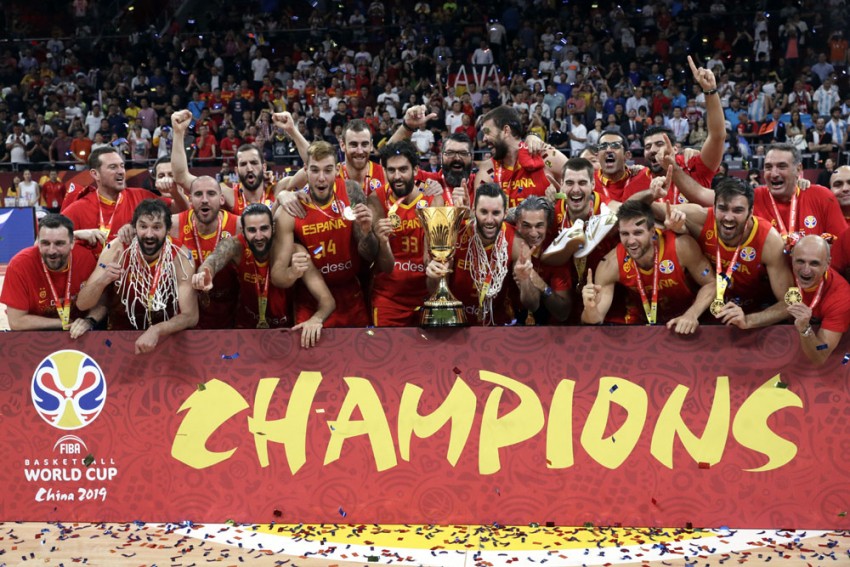 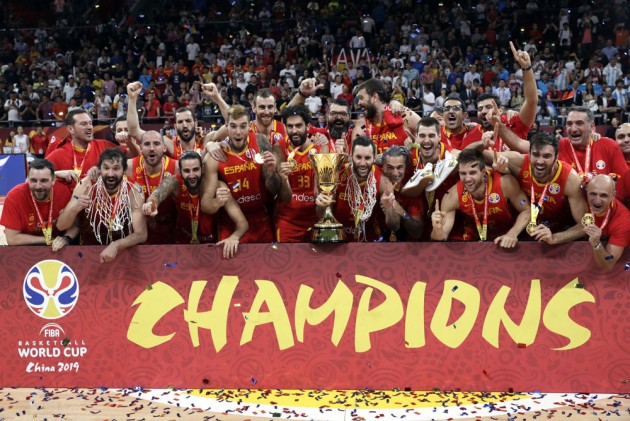 Three-time All-Star Marc Gasol became only the second man to win an NBA crown and the FIBA Basketball World Cup in the same year after Spain brushed aside Argentina 95-75 on Sunday with Ricky Rubio playing a starring role in the Beijing final.

Phoenix Suns guard Rubio was named MVP after he combined 20 points with seven rebounds and three assists to lead Spain to the title for the first time since 2006.

Spain, who survived double overtime against Australia to reach the final, led throughout in Beijing to win international basketball's biggest prize a second time.

The only previous occasion was in 2006 with the two Gasol brothers, Marc and older sibling Pau, on the team.

Pau did not feature in China because of injury.

The latest triumph was particularly sweet for the 34-year-old centre Gasol, who three months ago also played a key part in the Toronto Raptors' run to the NBA title.

Gasol, who had 14 points, seven rebounds and seven assists, joins Lamar Odom, a double winner in 2010 with the United States and Los Angeles Lakers.

Surprise finalists Argentina had not triumphed since they hosted the inaugural World Cup in 1950.

As a contest, the final was over by the fourth quarter -- although the Argentines did rally belatedly to reduce Spain's previously mighty lead.

Fans of both teams had made it feel more like a football match, decked out in their national colours, chanting loudly and refusing to sit down.

Spain, for whom Ricky Rubio of the Phoenix Suns has been one of the leading players of the tournament in China, surged into a 14-2 lead.

In front of a capacity crowd, Argentina's 39-year-old talisman Luis Scola could not escape the attentions of Pierre Oriola.

Led by their slick-haired Italian coach Sergio Scariolo, Spain were up 21-14 going into the second quarter and increased their advantage to 43-31 at half-time.

France roared back after half-time to defeat Australia 67-59 and claim a second World Cup bronze in a row -- and extend the Boomers' long wait for a major medal.

The French, one of the tallest teams at the tournament, defeated reigning two-time holders the United States in the quarter-finals, but then lost heavily to Argentina.

"For us it's something very, very special and important we did it after a very difficult first half," French coach Vincent Collet said.

"Many teams could have given up, even easy shots we were missing in the first half.

"We started to move the ball better in the second half and that's why we won this game."

It was hard on Australia, who similarly led for long periods in their semi-final against Spain.

It is still the best finish for the Boomers, who had never gone beyond the quarter-finals at 11 previous World Cups, but they are yet to claim a medal at the worlds or Olympics.

Deposed champions the United States, who were missing their elite names, finished seventh, their lowest position in tournament history.

They did, at least, qualify to defend their Olympic title in Tokyo next summer.

With 32 teams, this was the biggest Basketball World Cup ever.

The next one will be in 2023 in Japan, Indonesia and the Philippines.