A Feature On West Indies Cricket: History The Spur And Curse For Improving Jason Holder & Co

At this rate, Holder, Chase and wicketkeeper Shane Dowrich, who made 116 not out in an unbroken partnership of 295 with his captain last week, will take their place in the fabric of the ground as well. 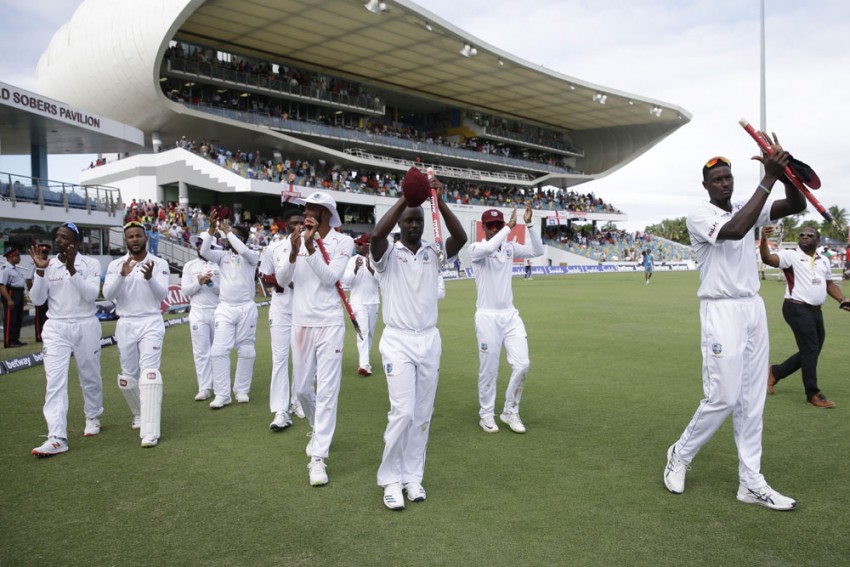 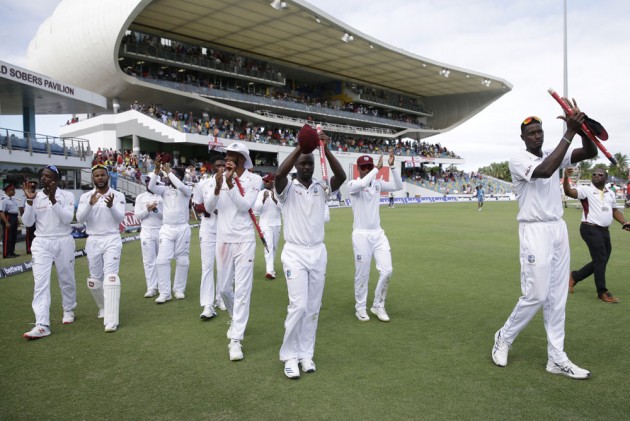 No cricket team have their own celebrated past used against them quite like the West Indies.

They dominated Test cricket for some 15 years from the mid-1970s to the early 1990s and, having even before then been viewed as the five-day game's 'great entertainers', it has made the Caribbean side's ensuing decline in the format seem all the more acute.

Yet damning the likes of Kemar Roach as "no Malcolm Marshall" miss the point that few cricketers before or since have reached the same standard as the late West Indies fast bowler.

Roach, however, didn't have to be Marshall or Joel Garner as he ripped through England's top-order with a return of five for 17 in a first-innings total of 77 all out that set up Saturday's colossal 381-run win for the West Indies in the first Test at his Kensington Oval home ground in Barbados.

And West Indies captain Jason Holder, one of six Bajans in the side, didn't have to bat like Garfield Sobers, the island's greatest cricketer, as he struck a majestic 202 not out in the same match.

Nor did unheralded spinner Roston Chase have to bowl like celebrated all-rounder Sobers as he took a startling eight for 60 in England's second innings of a match that ended with more than a day to spare.

Admittedly, England began the series third in the world Test rankings compared to West Indies' eighth, a reflection of the Caribbean side's recent struggles in New Zealand and Asia, where they suffered four defeats.

And yet the warning signs were there for Joe Root's men, with the West Indies winning the second Test at the Yorkshireman's Headingley home ground two years ago, albeit losing that series.

The emergence of lucrative Twenty20 franchise events such as the Indian Premier League have proved particularly enticing for players from depressed Caribbean economies.

Meanwhile, a series of high-profile rows involving Cricket West Indies president Dave Cameron and several once-senior if under-performing Test players have exacerbated the problems of inter-island rivalry -- the West Indies exists as a cricket entity among otherwise separate independent states -- geography and finance which have long plagued cricket in the Caribbean.

But Holder, thrust into the captaincy four years ago at the tender age of 23, has made an impressive leader for a youthful side forged in adversity.

And with English administrator Johnny Grave, the CWI chief executive, ironing out some of the off-field difficulties, it is clear the West Indies -- who in the midst of everything have still won two World Twenty20 titles -- are making strides in the Test arena.

"We are trying to compete, we can do that better in shorter formats because it is easier, but people who say we should give up on Test cricket I find pretty offensive," Grave told Britain's Daily Telegraph newspaper shortly before this three-match series started.

"We are spending a lot of money on our first-class cricket and we have a rich heritage. These things tend to be cyclical and we are trying to give the players more opportunities in first-class cricket, upskill our players and improve fitness but it takes longer in the Caribbean because we have to make tough choices over our resources."

It was in the Telegraph too that, prior to the series, former England opener Geoffrey Boycott labelled the West Indies as "very ordinary, very average cricketers," comments which, in the light of Saturday's result, Grave labelled "borderline disrespectful".

Arguably nowhere on earth has produced so many truly great cricketers per head of population as Barbados, with an all-time side from the island a match for any XI.

Many of those stars -- Frank Worrell, Everton Weekes, Clyde Walcott, Gordon Greenidge, Desmond Haynes, Marshall and Garner -- have parts of the Kensington Oval named after them.

At this rate, Holder, Chase and wicketkeeper Shane Dowrich, who made 116 not out in an unbroken partnership of 295 with his captain last week, will take their place in the fabric of the ground as well.

He's Back! Pandya Takes A Stunner To Dismiss Williamson – Watch